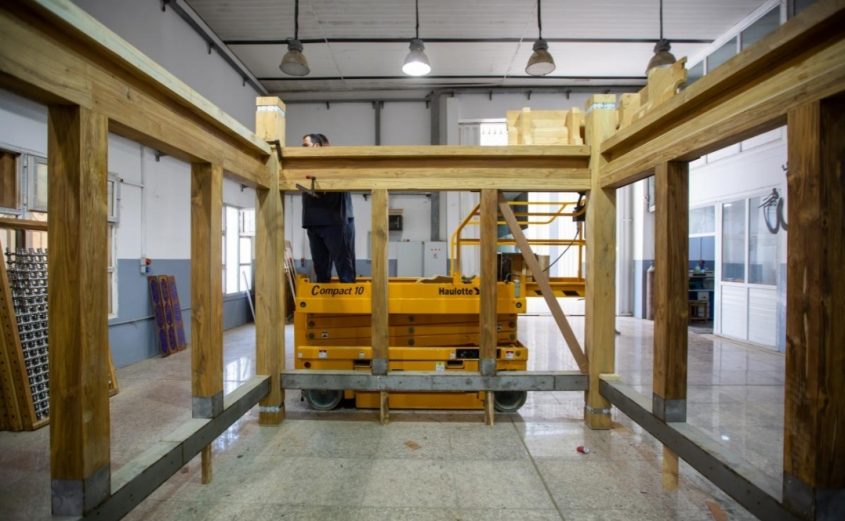 SHAFAQNA- Al Kafeel: The Department of the manufacture of the Grids and doors of the holy shrines of the Al-Abbas’s (AS) holy shrine announced that it had begun to manufacture a new grid for the shrine of Lady Zaynab (peace be upon her), after it had finished earlier in the manufacture of its crown and upper ceiling and installed it. According to what was reported to by the head of the aforementioned department, Mr. Nazem Al-Gharabi: “The initiation of this work came after the craftsmanship and professionalism consistent with beauty were noticed in what was previously manufactured for the currently existing grid, and that the department’s technicians and craftsmen will spare no effort for the completion of this project, which will be added to the previous projects made in this factory, by Iraqi hands that love the House of Prophethood (AS).

He added: “The first steps of this work included preparing designs for the grid, which will be inspired by the existing grid with wonderful artistic touches. The carpenters of the factory have also undertaken the wooden structure for the grid, which is the starting point and initiation of the rest of the metal and wooden parts, where the best types of wood (Burmese) were chosen, using a special fixation method that matches the weights that will be fixed on it.”

Al-Gharabi explained: “The wooden structure of the grid, which takes the form of a parallelepiped, consists of four main pillars and ten intermediate columns adjacent to the knot-works (Dahna), and four lower wooden bridges connecting the pillars between them from the bottom, forming a link with steel and coated with metal; pure stainless steel of (5 mm) thickness to give it durability and longer life, in addition to four wooden upper bridges that will connect the corner columns between them from the top and form a link to them.” At the end of his speech, Al-Gharabi asserted: “The work is carried out according to what is planned, and God willing, its stages will be completed one after the other.” 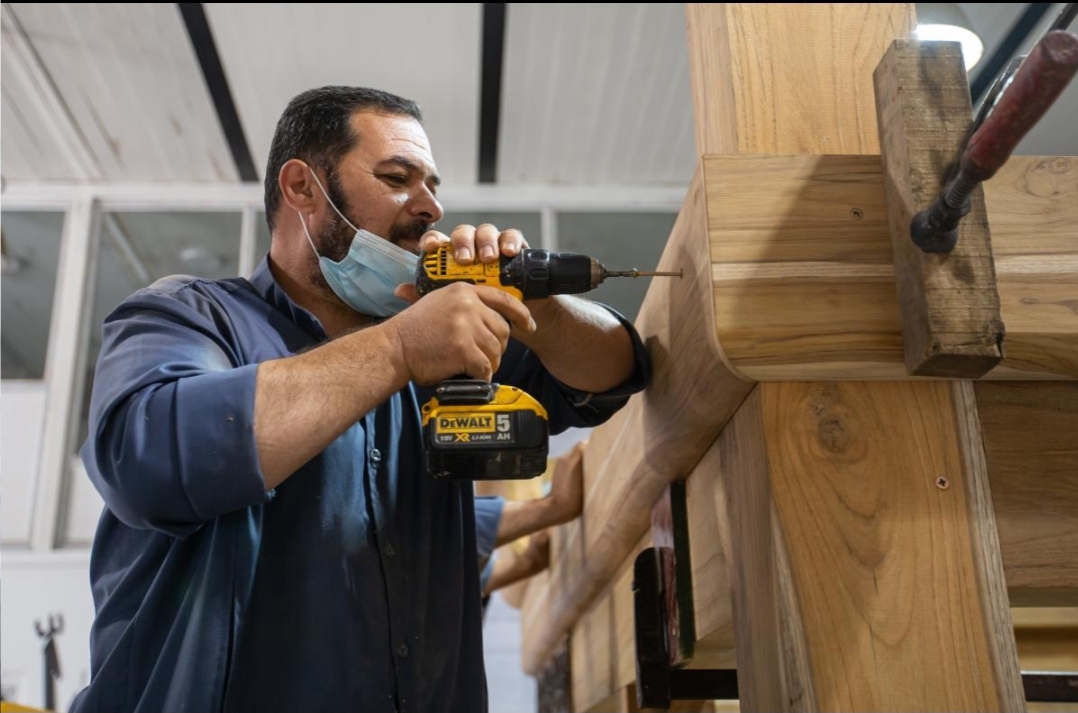 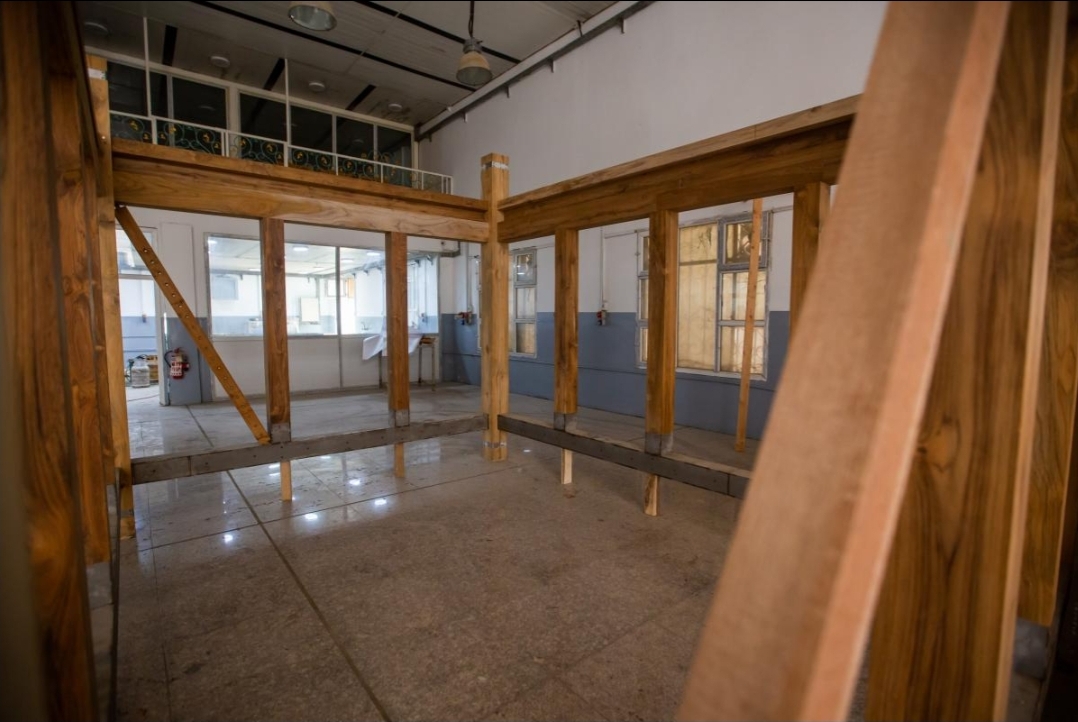 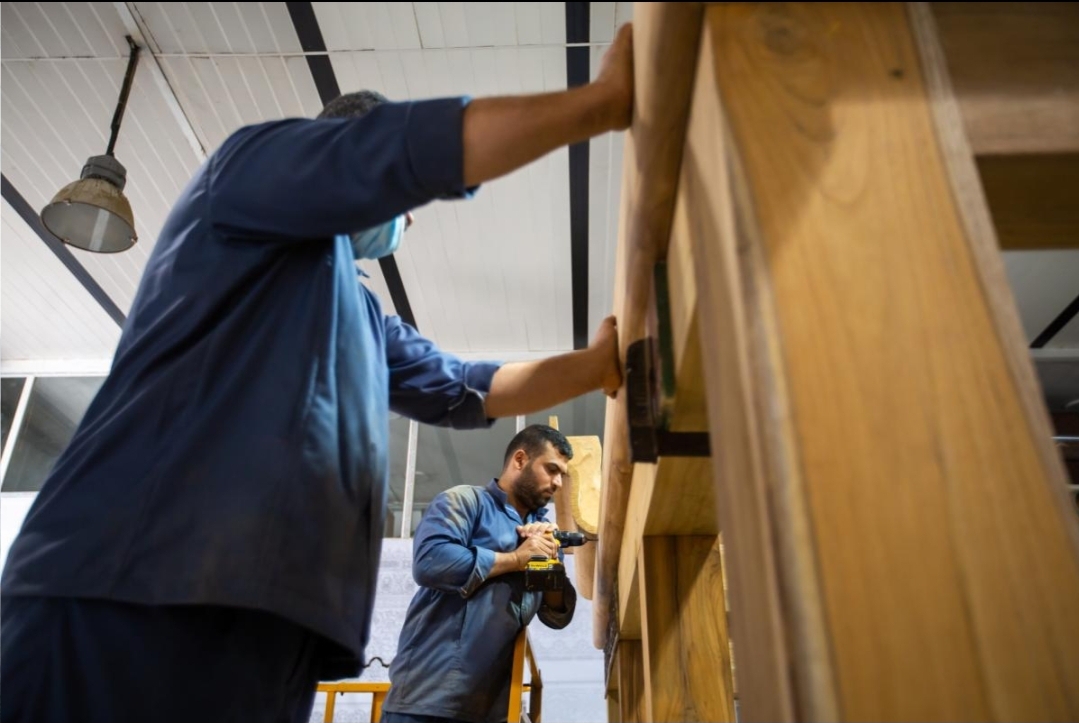 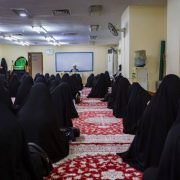 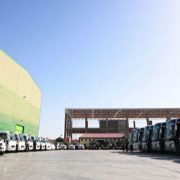 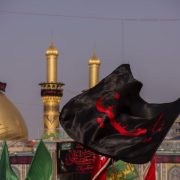 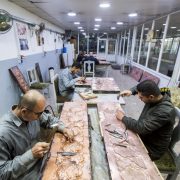 Photos: Work on ceiling and crown of holy grid of Lady Zaynab (S.A) 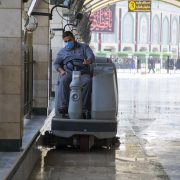 Karbala: Cleaning work at beynolharameyn after ceremonies of 13th Muharram+Photos 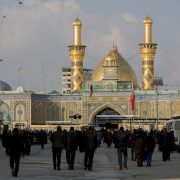