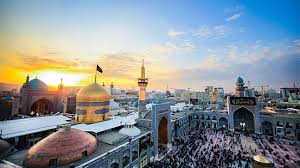 SHAFAQNA- The Imam’s answers were all in harmony with the environment of the occasion surrounding their legislation. Causes may be to achieve a social benefit, when the social aspect of legislation is more apparent than any other, or for a health, spiritual or psychological benefit, each according to whatever the nature of legislation inspires.

For example, when he explains the causes for the prohibition of adultery, the Imam (A.S.) says: “Adultery is prohibited due to the corruption it causes such as murders, loss of lineage, child desertion, chaos regarding inheritance, and other such aspects of corruption.” Here he determines the social causes behind the prohibition of adultery since the social aspect is more apparent in this case of legislation than any other.

From the same standpoint, the Imam (A.S.) explains to us why usury (Riba) is prohibited by saying: “The reason for prohibiting usury is because it eliminates favours, ruins funds, causes greed for profit, causes people to abandon their dealing with loans to each other or in paying cash, or do each other favours, and due to all the bad consequences of corruption and oppression and the exhaustion of funds.”

As regarding the prohibition of eating the meat of pigs, rabbits, dead animals, spleens, the Imam (A.S.) says: “As regarding pigs, their creation was distorted by God in order to provide a moral lesson to man and in order to remind man to fear God and as an evidence of God’s might to distort what He creates at will, and because the food they eat is the filthiest of filth, in addition to many other reasons. As regarding the rabbits, they are like cats: their claws are like those of the cats and like wild animals, so their behaviour is equally wild, in addition to their own inner dirtiness and due to their bleeding which is similar to the bleeding of women during their menstrual period because they are miscreants.

As regarding dead animals, the prohibition of eating their meat is due to the damage such meat will cause to the body, and due to the fact that God has made lawful the meat of animals slaughtered in His name so that that would be a distinction between what is lawful and what is not. As regarding the spleen, it is prohibited because of the bad blood it contains, and the cause of its prohibition is similar to that of dead animals because it is equally bad in its consequences.”

These causes, as a whole, justify for us the health aspect necessitated by the legislative interest, its wisdom in safeguarding man against falling a victim to disease and as a preventive measure against ailments. The Imam (A.S.) has said the following regarding the legislation of the pilgrimage (Hajj): “The reason for the hajj is to seek to be the guest of God, to request more blessings, to abandon past sins, to feel repentant about the past, and look forward to the future. It is due to spending on the trip seeking nearness to God, tiring the body, abstaining from pleasures and desires, seeking nearness to God by worshipping God, yielding and submitting to God, looking up towards God in cases of hot weather and chilling cold, during security and fear, incessantly doing so, and due to all the benefits in it of desiring the rewards and fearing the wrath of God, the Dear One, the Exalted.”

The causes here define for us the spiritual benefits of the legislation of the pilgrimage, for man needs in his life moments to leave materialistic ambition behind him in order to be in harmony with his Lord through his deep belief in God, his purely spiritual aspirations, so that the voice of belief may remain within his inner self strong and indefatigable. Thus, the legislation of the rite of hajj came as a destined obligation performed by man when he satisfies the legislative conditions of being able to perform it. When he achieves his materialistic needs, one may think of himself as being superior to others, and he becomes arrogant due to the transient wealth he has had; therefore, he has no choice except to expose himself to a situation which strips him of the artificiality which overwhelms him and brings him back to the pristine spiritual reality, hence the legislation of the hajj which causes man to feel humble before the greatness of God, and that he and the others are equal before God when they are all stripped of any materialistic distinctions.

As regarding marital relations between man and woman, the Imam (A.S.) justifies for us some legislative rules in this regard. For example, the reason why a man may marry up to four women, while a woman is prohibited from marrying more than one man, is that when a man marries four women, his children will all be related to him; had a woman married two husbands or more simultaneously, nobody would know for sure who fathered the sons she gave birth to, since they all were participating in cohabiting with her, and this causes a complete disorder for relating one to his father, and who should inherit who, and who is the kin of who.

The reason for repeating the divorce statement thrice is due to the time interval between each, and due to a possible desire for reconciliation or the calming of anger, if any, and to teach women to fear their husbands and deter them from disobeying them. The reason why a husband can never remarry his wife whom he divorced thrice (articulating, in the process, the divorce statement nine times all in all), is that it is his right penalty so that men do not take divorce lightly or take advantage of women and think of them as weak, and so that the man would be considering his affairs, remaining awake and aware, so that he would lose all hope of a reunion after the ninth pronouncement of the divorce statement.

The reason why a wife during her waiting period (‘iddat) cannot remarry her previous husband who had divorced her twice before till she marries someone else, is due to the fact that God had permitted divorce twice, saying, “A divorce is only permissible twice: after that, the parties should either hold together on equitable terms, or separate with kindness,”195 that is, after he had already divorced her for the third time, due to his committing something God Almighty hates for him to do; therefore, He prohibited him from marrying her again except after she marries someone else in order to prohibit people from taking divorce lightly and in order to protect women’s rights.

These explanations which clarify the wisdom of some legislation related to the marriage relationship give us the impression regarding the great degree of concern Islam pays such relations, organizing them and safeguarding them and protecting their sanctity, emphasizing on giving them the dignified humane attitude which safeguards the rights of both parties.

Regarding the monetary distribution of inheritance by allotting the male heir twice the share of the female, the Imam (A.S.) says the following in order to explain the wisdom in it: “The reason for giving women half what men get of inheritance is that when the woman marries, she receives, while the man gives; therefore, God decided to assist the males to be able to give.”

He gives another reason why the man is given twice as much as the woman: The woman is considered dependent on the man when she needs, and he has to take care of her living expenses and to spend on her, while the woman is not required to take care of the expenses of the man, nor can she be required to pay his expenses if he was in need; therefore, God decreed to give the man more according to the Qur’anic verse, “Men are the protectors and maintainers of women because God has given the one more than the other, and because they support them from their means.”196

Through these two causes, the Imam (A.S.) defines for us the principle of balance in the distribution of the inherited wealth according to the Islamic legislative system and the justice of such distribution. Having burdened the man with the responsibility of spending and giving and exempting the woman from it, Islam had to compensate the man for that in order to avoid any unfairness he might suffer; otherwise, to distribute the inheritance between them equally is an unfair legislation which contradicts the principle of justice of the Islamic Message. Thus, Islam’s precision in safeguarding justice in the legislative system becomes clear to us. At the same time, the superficiality of the thinking of those who call for equality between man and woman in the distribution of inheritance unveils itself to us, and that such a call is no more than a cheap noise without a scientific or realistic basis.

Having favoured the man in the distribution of inheritance by giving him twice the woman’s share, Islam on the other hand provides the woman with the right to be provided for by the man who must give her her dower, in addition to the share of inheritance she has already received, without requiring her to shoulder any financial responsibility whatsoever…; so, how can anyone say that such a legislation is unfair?

This is a beautiful way of explaining the reason for the custom which is meant to provide a solution for the marriage problem of the needy who cannot afford to pay large sums of money as dowers and which may cause them to postpone getting married or cause them an unnecessary financial strain. The hadith has considered the requirement of iman (deep belief) as the most important reason to consider marriage in such situations.

This hadith defines for us the crime of one who does not marry a woman to one who has asked for her hand and paid the five hundred dirhams, calling it ‘Uqooq which is the renunciation of the feeling of compassion and kindness towards another Muslim, and to look down upon him which are attributes above which a good Muslim must rise in his conduct and dealing with his Muslim brother. The lack of compassion, kindness and respect between two Muslim brothers is something God hates most of all things.

Thus does the Imam (A.S.) explain to us some injunctions of the legislative system wherein there is a great deal of wisdom and the safeguarding of vital interests in a very beautiful and interesting style perfectly harmonious with the spirit of the eternal Islamic message which came for the happiness and goodness of man.