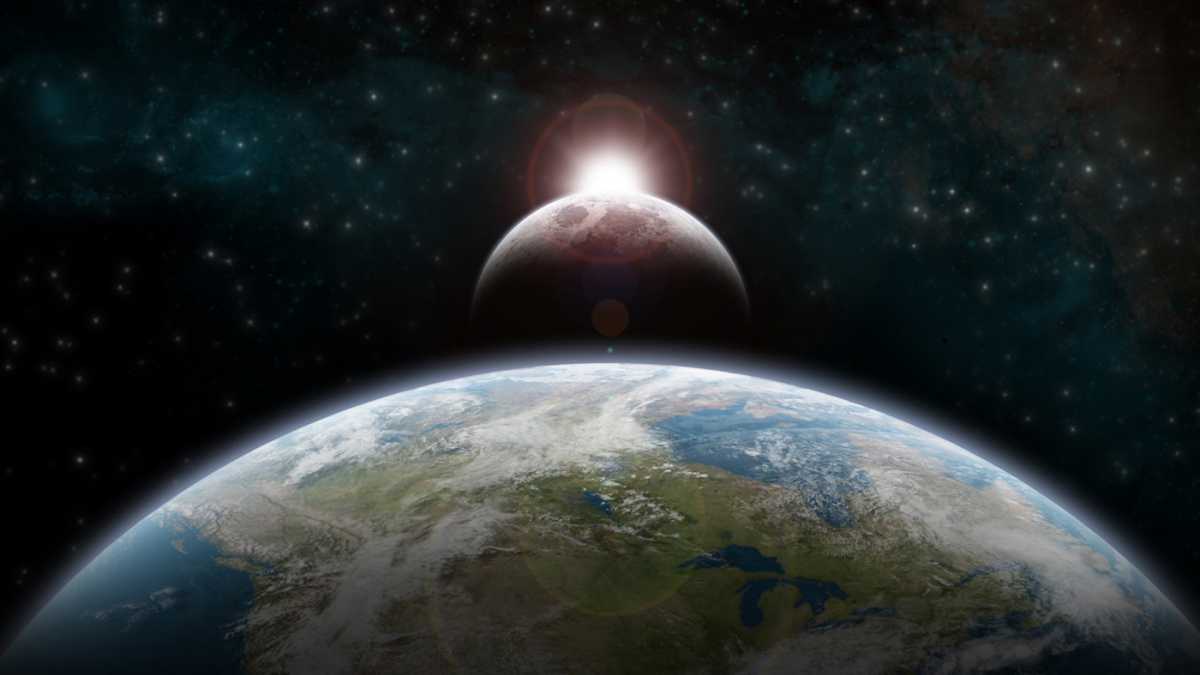 SHAFAQNA- Let us now turn to the subject of Astronomy. Whenever I describe the details the Quran contains on certain points of astronomy to Westerners, it is unusual for someone not to reply that there is nothing special in this, considering the Arabs made important discoveries in this field long before the Europeans.

This is, in fact, a singularly mistaken idea resulting from an ignorance of history. In the first place, science was developed in Arabian countries at a time that was considerably after Quranic revelation had occurred; in the second, the scientific knowledge prevalent at the high point of Islamic civilization would not have made it possible for a human being to have written statements on the Heavens comparable to those in the Quran. Here again, the subject is so wide that I can only provide an outline of it.

Where as the Bible talks of the sun and the moon as two luminaries differing in size, the Quran distinguishes between them by the use of different epithets: Light (Noor) for the moon, Torch (Siraaj) for the sun. The first is an inert body which reflects light, the second a celestial formation in a state of permanent combustion, and a source of light and heat.

The word Star (Najm) is accompanied by another qualifying word which indicates that it burns and consumes itself as it pierces through the shadows of the night; it is the word Thaaqib. In the Quran, the word Kawkab definitely seems to mean the planets which are celestial formations that reflect and do not produce light like the Sun.

Today it is known how the celestial organisation is balanced by the position of stars in a defined orbit and the interplay of gravitational forces related to their mass and speed of movement, each with its own motion. But is not this what the Quran describes, in terms which have only become comprehensible in our own day, when it mentions the foundation of this balance in the chapter, The Prophets (21:33).

(Allah (SWT) is) the One Who created the night, the day, the sun and the moon. Each one is travelling in an orbit with its own motion.

The Arabic word which expresses this movement is a verb Sabaha (Yasbahun in the text); it carries with it the idea of a motion which comes from any moving body, be it the movement of one’s legs as one runs on the ground, or the action of swimming in the water. In the case of a celestial body, one is forced to translate it in the original sense,that is, ˜to travel with own motion. The description of the sequence of day and night would, in itself, be rather commonplace were it not for the fact that, in the Quran, it is expressed in terms that today are highly significant. This is because it uses the verb Kawwara in the chapter, The Troops (39:5) to describe the way the night ˜winds or ˜coils itself about the day and the day about the night, just as, in the original meaning of the verb, a turban is wound around the head. This is a totally valid comparison; yet at the same time the Quran was revealed, the astronomical data necessary to draw it were unknown.

The evolution of the Heavens and the notion of a settled place for the sun are also described. They are in agreement with highly detailed modern ideas. The Quran also seems to have alluded to the expansion of the Universe. There is also the conquest of space. This has been undertaken thanks to remarkable technological progress and has resulted in man’s journey to the moon. But this surely springs to mind when we read the chapter, The Beneficient (55:33).

This power comes from the All-Mighty, and the subject of the whole chapter is an invitation to recognise God’s Beneficence to man.

Next week watch out for The Earth by Dr.Maurice Bucaille-French Academy of Medicine