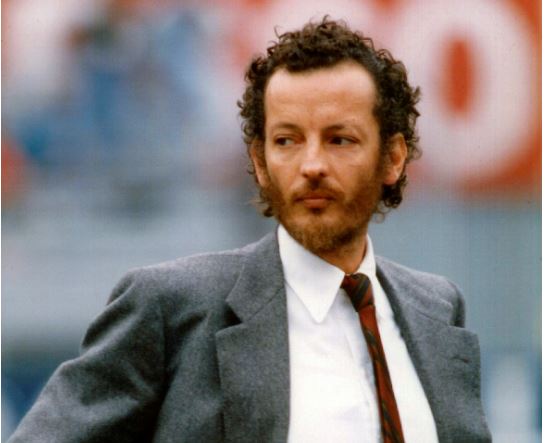 SHAFAQNA- One day in New York while I was in a library looking for some books I suddenly saw the Qur’an and was curious to know what it had to offer. I picked it up and started to read the English translation of the segments. While reading I felt that the words and phrases had a special power and light in them and they couldn’t be written by mankind.

Eduardo Agnelli was born on June 1954 in New York City, his father was Christian and his mother was Jewish. His mother (Marella Caracciolo di Castagneto) was a Jewish princess and his father was Senator Gianni Agnelli, a famous and rich man in Italy. He was the owner of automobile factories, Fiat, Ferrari, Lancia, Lamborghini, Alfa Romeo and Iveco and also factories producing industrial parts.

In addition there are many building constructions and road construction companies, medical equipment and helicopter production companies in which his family is the main shareholders. The amount of his family’s wealth and influence are so great that the press in Italy calls them the Italian royal family.

Edoardo completed his school education in Italy and for higher education he travelled to England. There he went to the Atlantic College and after that he continued his studies in Princeton University in the United States in the field of Theology and Eastern Philosophy in which he was able to obtain his PhD. During the time he was a student in New York (at the age of 20) one day while searching in the library he comes across a copy of the Holy Qur’an and starts reading. Later in speaking to his friends about this incident he says 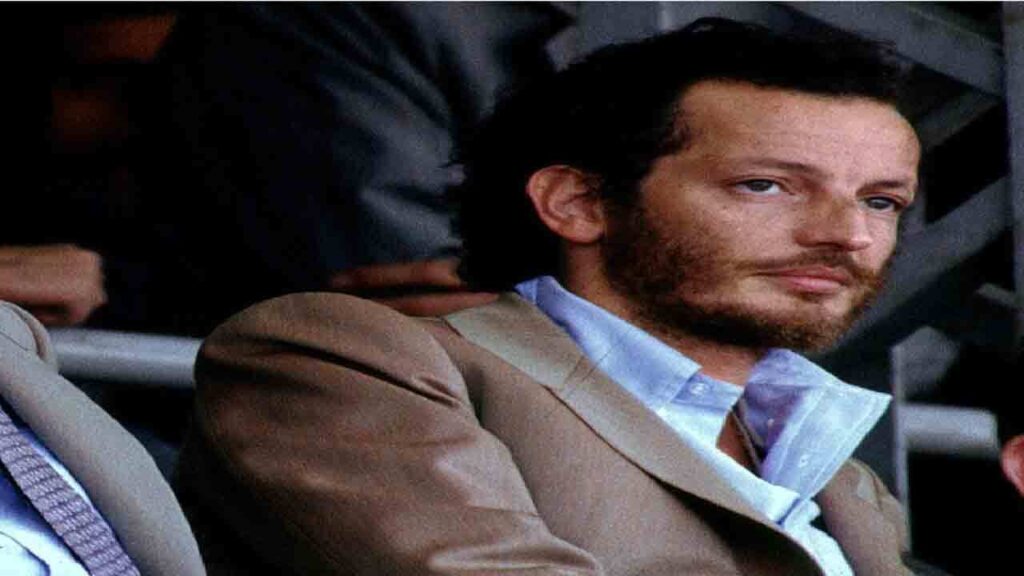 “One day in New York while I was in a library looking for some books I suddenly saw the Qur’an and was curious to know what it had to offer. I picked it up and started to read the English translation of the segments. While reading I felt that the words and phrases had a special power and light in them and they couldn’t be written by mankind.

I was very much impressed so I borrowed it and studied it more. The more I read the more I felt that I completely understood and believed these words.” After this he goes to an Islamic Center in New York and declares his desire about wanting to become a Muslim. There he becomes a Muslim and they give him the name “Hisham Aziz”. Muhammad Is-haq Abdollahi one of his friends relates, “Edoardo would stay up many nights and study the Qur’an till morning.” Some have claimed that the reason for his becoming a Muslim was due to his frequent companionship with Muslims but the real reason is completely something different as mentioned before( due to the economic and political position of his father no one dared to mention such matters or to invite Edoado to a new religion).

After becoming a Muslim Edoardo had met Dr Ghadiri Abyaneh and it was through him that Edoardo became a Shiite Muslim. Dr Ghadiri Abyaneh had gone to Italy in 1972 for the purpose of higher education and after the Islamic Revolution of Iran had become a member of the Iranian embassy and his acquaintance with Edoardo was at that time because of Edoardo’s inclination and request. Dr Ghadiri relates his acquaintance with Edoardo as: “After a press conference in which I acted as the press counselor of the Iranian Embassy, on a Sunday when I was at the residence of the Embassy, the gatekeeper of the Embassy informed me that there was an Italian young man who wanted to see me.

I told him to tell the young man to come back the next day but after some minutes the gatekeeper told me that the young man says “God opens every closed door.” I therefore told them to let him in and went to meet him.He was a tall, thin young man with an old motorcycle and he introduced himself as Edoardo Agnelli. Without expecting a positive answer I asked him whether he was related to the famous Agnelli family and to my surprise he said that he was their son.” 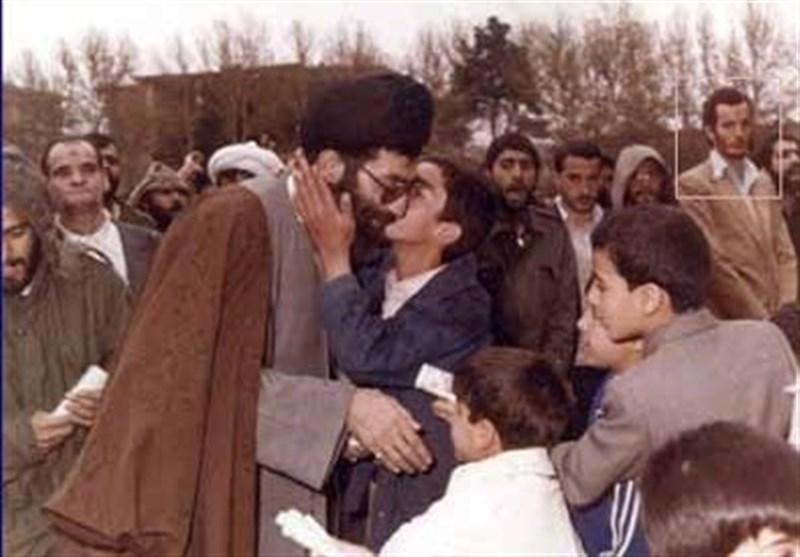 Edoardo traveled to Iran many times and on March 1981 he went to see Ayatollah Khomeini, and it was during this meeting session that the Ayatollah had kissed his forehead.

He also met Mr Hashemi Rarfsanjani during his position as the Chief of Islamic Consultation Assembly and Ayatollah Khamenei before his presidency. He also had a trip to Mashhad and visited the holy shrine of Imam Reza (AS). The first time he visited Imam Reza (AS) he was told that whatever wish he may be granted by the Imam (AS) because it was his first Ziyarat and when asked about his wish he had answered that he had asked for his father’s love and kindness towards him.

From the beginning of his youth he had no desire to manage his father’s wealth according to his father’s methods and he was only in charge of the Juventus football club for a few years before they replaced him with his cousin. Towards the end of the 80’s concerning talks about a successor for Senator Agnelli as the central leadership for Fiat, Edoardo was considered as inappropriate due to his religious views, but since he was the rightful successor they had to find a good reason for putting him aside. Around this time the media announced that Edoardo had been arrested in a city in Kenya charged with carrying 300g of heroin.

The charge was completely false and the Kenyan Police and Court soon realized their mistake. But the Italian media which were mainly under the influence of his family continued the charges and some even called him a smuggler and claimed that his freedom was due to his father’s power and influence. Later, even though some of the media admitted their mistake, the rumours had made the general public tendency in favour of a successor other than Edoardo. 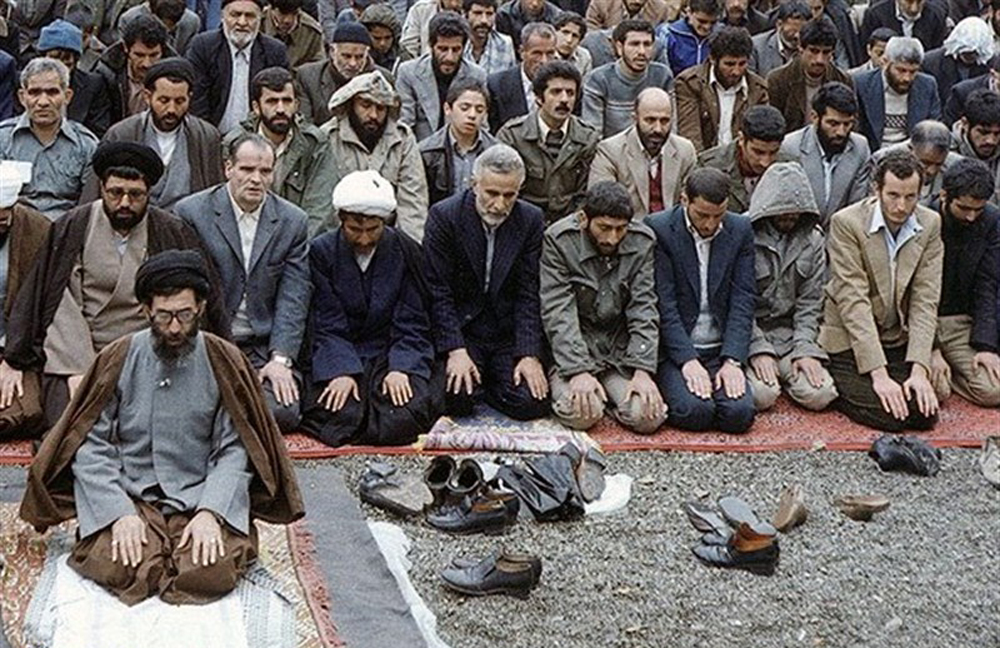 In the early 90’s his cousin Jovanni Amperto was chosen as successor. Edoardo was not against this decision and even congratulated his cousin on his new position advising him not to become a toy in the hands of money-hungry, worldly people. But some years later Jovanni died young because of an unknown kind of cancer. (The interesting thing was that Georgo, the brother of senator Agnelli had died young many years ago, a suspicious death, and all his wealth had been divided between the others) Very soon after his death the head committee, chose Jacob Alkan, Edoardo’s Jewish nephew, as the new successor. This decision greatly alarmed Edoardo. This time he did not remain silent and when he found out that his family was trying to change Jacob’s surname from Alkan to Agnelli severely opposed the decision and did not let that happen.

Edoardo had an interview with the “munifest”(a newspaper belonging to the leftist party of Italy and opposed to his father’s political inclinations) and greatly protested against his family’s choice. In the interview he said that right after his cousin’s funeral, his nephew Jacob Alkan had been chosen as the successor and that he believed that his appointment as the head of Fiat would bring a downfall to the company.

In the 90’s Edoardo had no responsibilities in any part of his family’s organizations and spent most of his time reading, travelling, working as a journalist and being involved in humanitarian activities. His father had threatened that if he did not forget his Islamic beliefs Edoardo would inherit nothing after his father’s death, but he was prepared to forget his “million-dollar” inheritance rather than forget Islam. His family was continually putting him under severe pressure to desert Islam, but they never succeeded. In November 2000, 46 year old Agnelli’s body was found, near Turin, on a river bed beneath a motorway viaduct, on which his car was found abandoned. Agnelli was the victim of a Zionist plot to prevent a Muslim from inheriting all the wealth of the Agnellis. 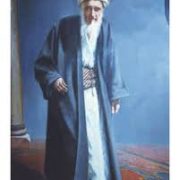 Can we know the Prophet Muhammad? 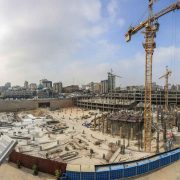