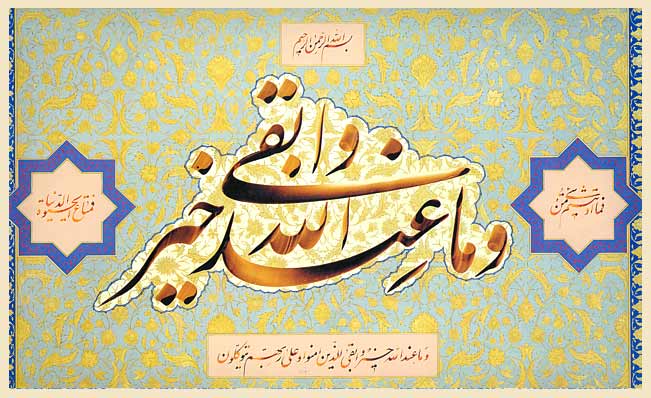 SHAFAQNA- What follows is Shafaqna’s review of the article entitled as ‘Hadith and the Qur’an’, written by Seyyed Ali Aqavi, which is published as Chapter 2 of the book ‘Hadith: An Entry from Encyclopaedia of the World of Islam’, Edited by Gholamali Haddad Adel, Mohammad Jafar Elmi, Hassan Taromi-Rad.

Considering the position of Hadith in relation to the Quran three viewpoints has been discussed: the first one is the mutual authoritativeness (Hujjiyya) of the Quran and Hadith which is acceptable among Muslims; both Shia and Sunni denotes that the Quran and Hadith together are sources of religious beliefs, juristic judgments, and ethics. But, still opinions differ in that whether Hadith is equivalent to the Quran or not.

Some believe that the Quran is equivalent to Hadith because the fountainhead of both of them is Divine Revelation. In contrast, some people prefer the Quran to Hadith because they believe that the Holy Quran is of the finite emanation while the Sunna is of doubtful emanation. They also believe that the Sunna is an exposition of the Book or has issues supplementary to it, so the Quran has precedence over Hadith. Another question raised on this viewpoint is that weather hadith has autonomy in the legislation of Islamic laws or not. The answer is that only those Ahadith which have a source in the Quran have authoritativeness.

Anyhow, both groups concur with each other on the existence of Islamic laws besides those in the Quranic text and on the exposition of the Quran in the Sunna. The second viewpoint is the authoritativeness of Hadith and inauthenticity of the outward aspects (Zawahir); traditionalists (Akhbbariyyun) denied the authoritativeness of the outward aspects of the Quran and have consequently refuted the possibility of understanding the Quran by a fallible human being and also have accorded Hadith fundamental reality (Asala) vis a vis the Holy Quran.

The Position of the Quran in Hadith Collections

In this part, many Ahadith about the various aspects of the Quran have been quoted from the Prophet (PBUH) and the Imams (A.S). There is a book titled Fadhl Al-Quran (precedence of the Quran) which consists of Ahadith in various chapters and many Ahadith in it comprise one or more Quranic versus. There are three more Hadith collections by Ibn Babiwayh’s Man la Yahdurubu’l l-Fagih, and Tusi, Tahdhib Al-Ahkam and Al-Istibsar. Another recent Shia Hadith collections is Bihar Al-anwar of Muhammad Baqir Majlesi, one of the volumes is titled Kitab Al-Quran (the book of Quran).

There are six Hadith books of the Sunnis which contain quotations of Quranic verses and ahadith to interpret and explain them. They have been arranged in chapters titled Tafsir (Quranic exegesis) and it includes one hundred and fourteen chapters. These ahadith have been quoted from more than seventy of the Prophets’ (PBUH) companions and successors like Ali (A.S), Ibn Abbas, Ibn Masud, and Mujahid. There is also some other issues related to Quran in Sahib Bukhari, Katib Al-Tawhid, Katib Bad Al- Khalq, Katib Sujud Al- Quran, Kitab Al- Tafsir, Ketab Salat Al- Musafirin wa Qasruha, Sahib Muslim, Tirmidhi, Kitab Al- Qira, Kitab Al-Huruf wa Al-Qiraat (the book of letters and different models of recitation).

Hadith as Explicator of the Quran

Muslim scholars believe that Hadith is an explicator of the Quran. They also consider the sunna, like the Quran, to be Revelation sent down through Gabriel to explain the Quran. Some of them believe that the Quran need for the suuna is more than the sunna‘s needs for the Quran. Generally, the Ahadith related to Quran are divided into two groups:

1. Ahadith about the Quran which are generally studied in Quranic sciences,

2. Ahadith whose role is to explain Quranic verses.

Ahadith pertaining to the Quran are themselves of different categories: those about the mode of sending down the Quran, those denoting the revelation of the Quran in one single instant on the Night of Ordainment (Laylatal-Qadr) in the month of Ramadhan and those which have been sent down regarding the last chapter and verse.

Some Ahadith pertain to the theme of the manner of collection and compilation of the Quran, and some pertain to the recitation of the Quran. Likewise, some other pertain to the Prophet’s and companions’ particular recitation of some Quranic verses. Totally, Ahadith have been transmitted about the conditions and circumstances in which the verses where sent down. These reports form a Quranic science called Occasions of Revelation (Ashab Al-Nuzul) and are scattered in the Sunni and Shia history books and Hadith collections.

A merchant from Russia converted to Islam at the holy shrine of Imam Ridha (A.S) 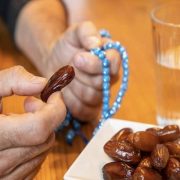 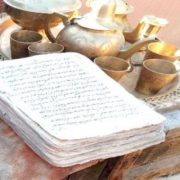 Quran Manuscript on Papyrus on display in Algeria 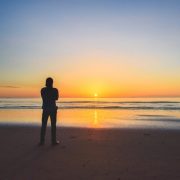 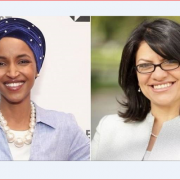 US: Omar, Tlaib call on MSNBC host to apologize for 'Islamophobic' remarks
0 replies