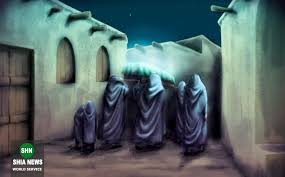 SHAFAQNA- In life, we need role models for us to follow. A role model can be someone who possesses special traits such as good character or those who make a significant change to the society. It is recommended that the lives of the Ahlul Bayt (AS) be adopted into our everyday lives. This is because they excelled in every aspect. To be a better Muslimah, a better daughter, wife or mother, one should study the life of Lady Fatima Zahra (SA). She is our role model, the leader of women of all times.

Let us look into this holy verse:

If any one disputes in this matter with thee, now after (full) knowledge Hath come to thee, say: “Come! Let us gather together, – our sons and your sons, our women and your women, ourselves and yourselves: Then let us earnestly pray, and invoke the curse of Allah on those who lie!” (Holy Quran 3:61)

The verse was revealed after the Christians have dispute with the Holy Prophet (PBUH) concerning his prophethood. They refused to acknowledge him as a prophet. So the two parties agreed to meet at a special place and bring their family with them and together to invoke God to curse those who speak of falsehood. This is called mubahila. The day came and the Christians were waiting anxiously for the Holy Prophet’s (PBUH) arrival and his people. They saw the Holy prophet (PBUH) carrying Imam Hussain (AS) in his arms and Imam Hassan (AS) was holding his right hand. Fatima (SA) was in the middle, with Imam Ali (AS) following close behind. The Christians witnessed the scene and the head priest said to them:

“By God, I see the faces which, if they pray to God for mountains to move from their places, the mountains will immediately move! O believers in the Jesus of Nazareth, I will tell you the truth that should ye fail to enter into some agreement with Muhammad and if these souls whom Muhammad has brought with him, curse you, ye will be wiped out of existence to the last day of the life of the earth!”

The word ‘ourselves’ refers to Imam Ali, and ‘our son’ is in reference to Imams Al-Hassan (AS) and Al-Hussain (AS), and our ‘women’ to Fatima (SA). The fact that the Prophet did not call upon any other member of the Ummah signifies that these personalities were the most prominent. Thus this shows that Fatima is the role model for women not only during her time, but for all times.

Fatima (SA) was born on 20th Jamadi Al-thani. Her parents are Muhammad bin Abdullah (PBUH) and Khadijah Binte Khuwalid (SA). Fatima (SA) was an only child, all her other siblings died when they are very young. The Holy Prophet (PBUH) was mocked by the Arabian chiefs. They called him Abtar because he had no son to continue his lineage. Jibrael (AS) ascended from heaven and revealed him a Surah called Sura Al-kauthar (abundance):

To thee have We granted the Fount (of Abundance).

Therefore to thy Lord turn in Prayer and Sacrifice.

For he who hateth thee, he will be cut off (from Future Hope).

The Knowledge and Sciences of Imam Muhammad al-Jawad (A.S.)

Tradition of respecting the Imam (A.S) during occultation 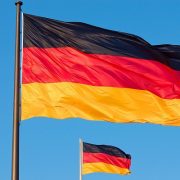 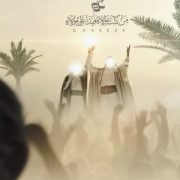