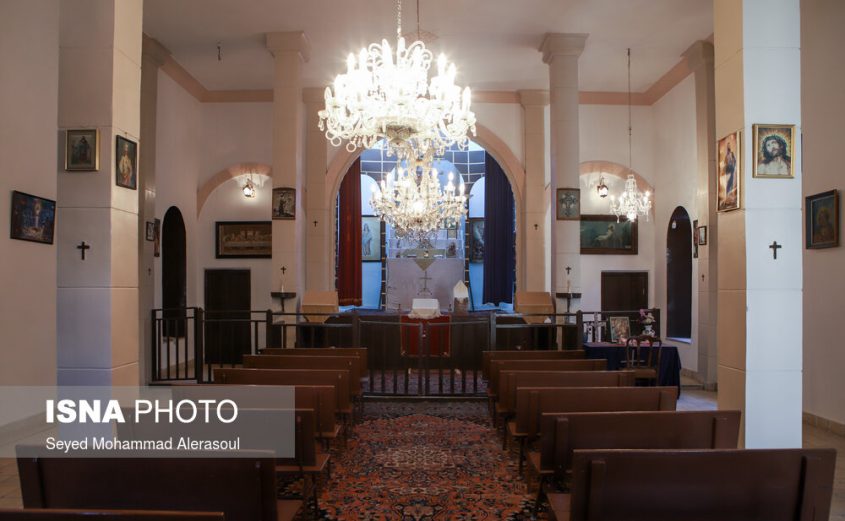 SHAFAQNA- The Church of the Holy Virgin Mary or otherwise known as the “Saint Mesrop Armenian Church” is  located in the Holy city of Mashhad. This church is the only Armenian church in Mashhad that has been registered in the list of historical and cultural monuments of the country by the Cultural Heritage, Handicrafts and Tourism Organization. 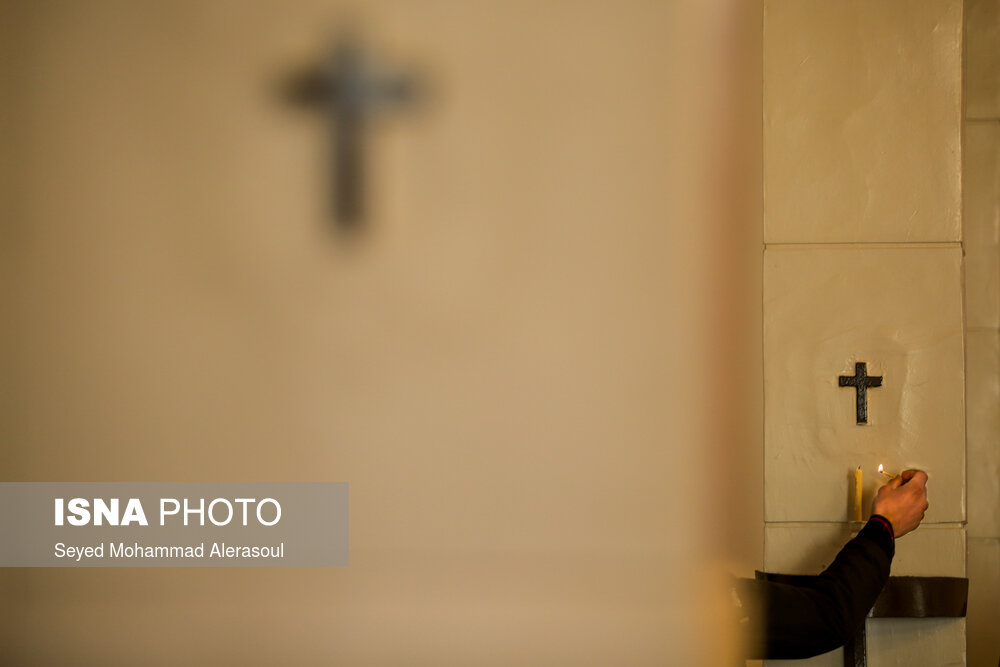 “Part of the interior of the Church of the Blessed Virgin Mary is the only Armenian church in Mashhad.” 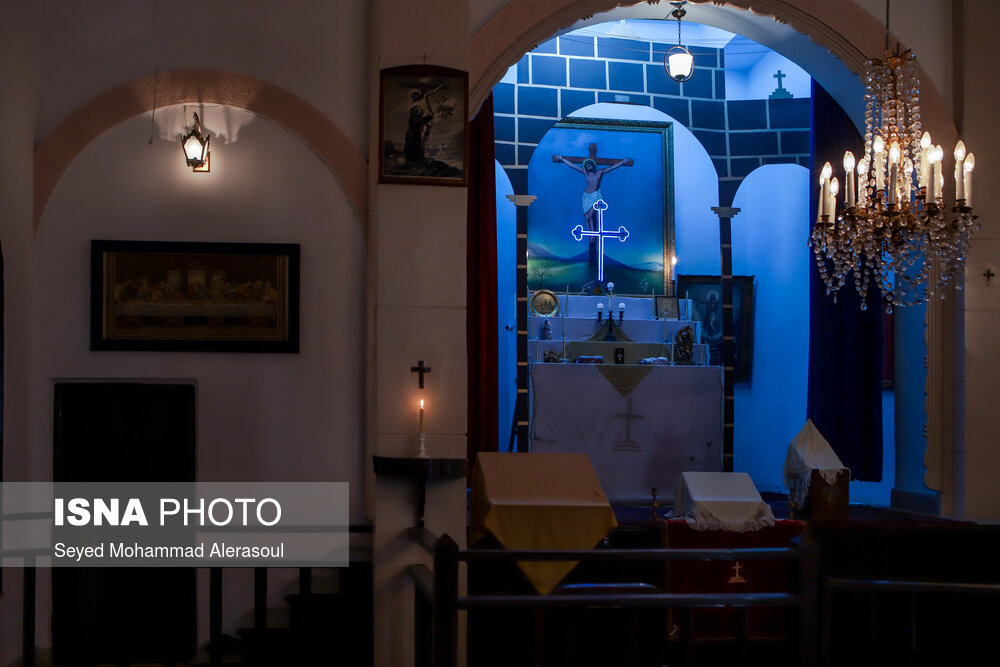 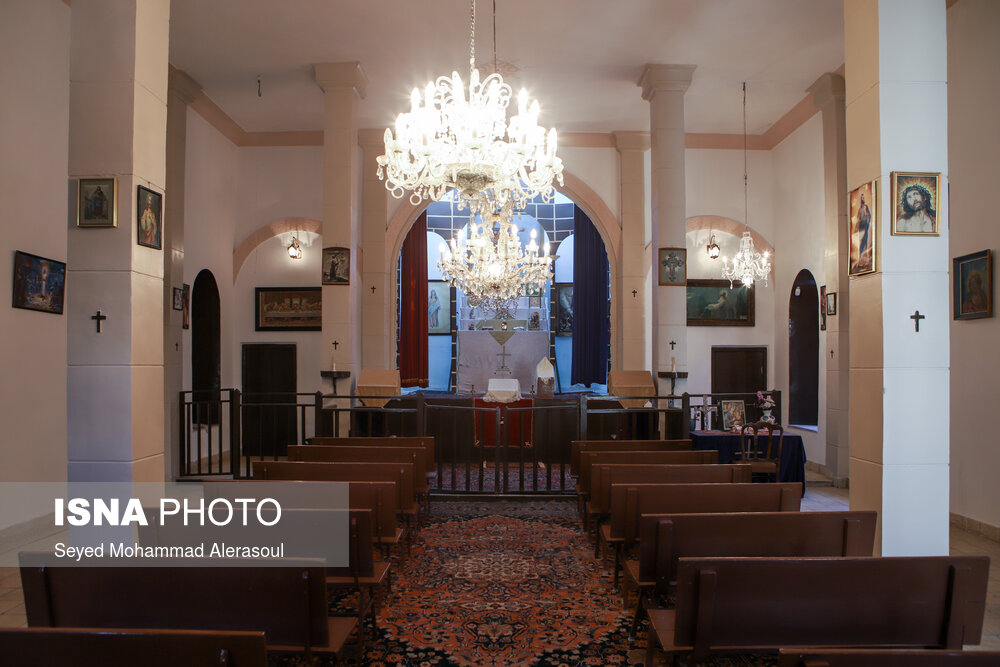 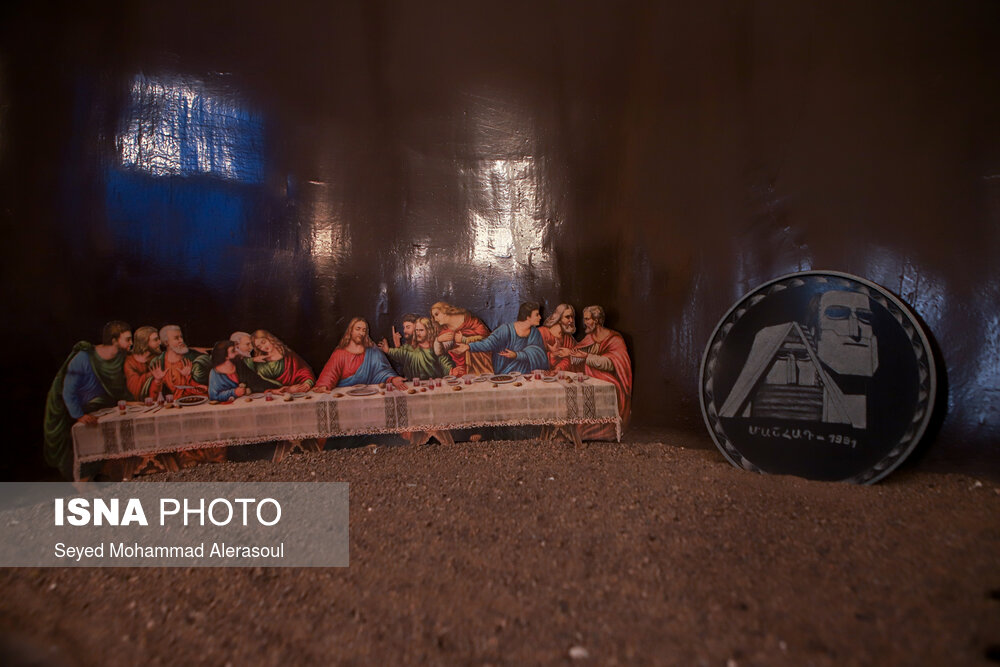 “The candlestick site of the Church of the Blessed Virgin Mary, where people light candles in order for their wishes to be  fulfilled.” 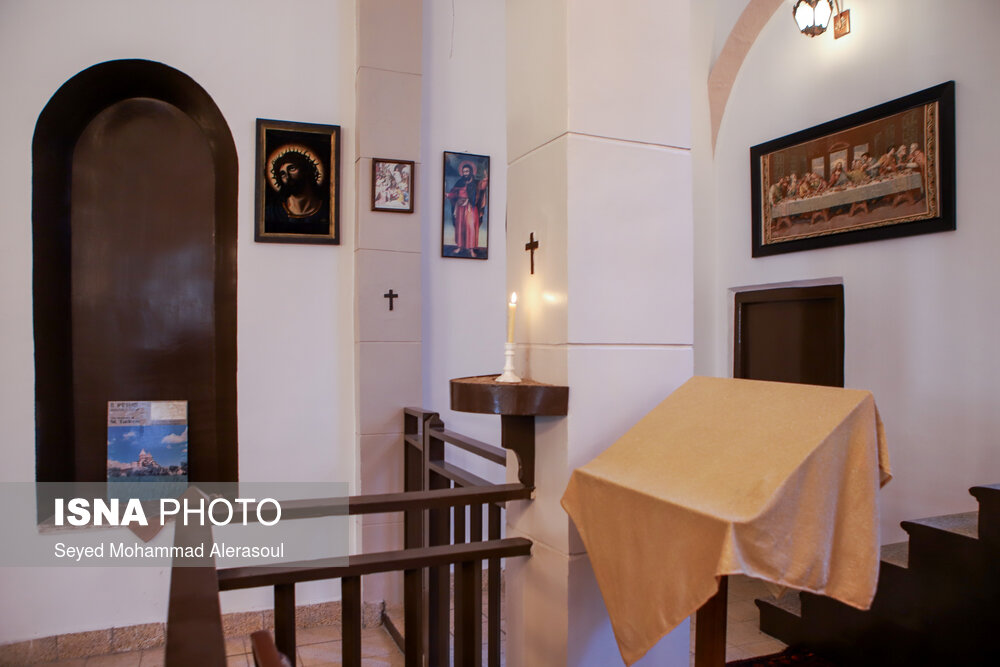 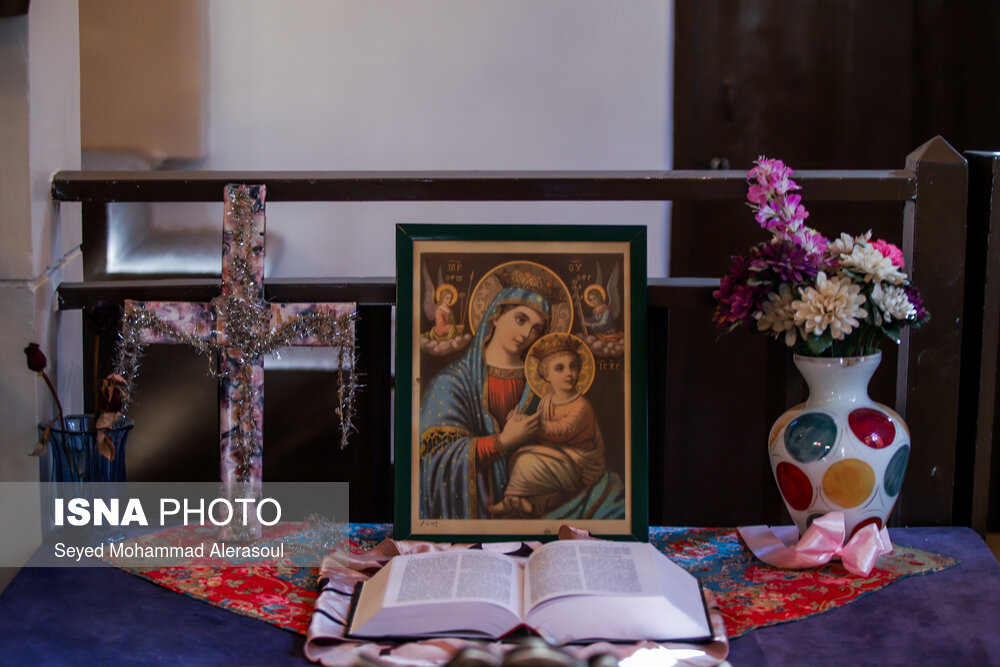 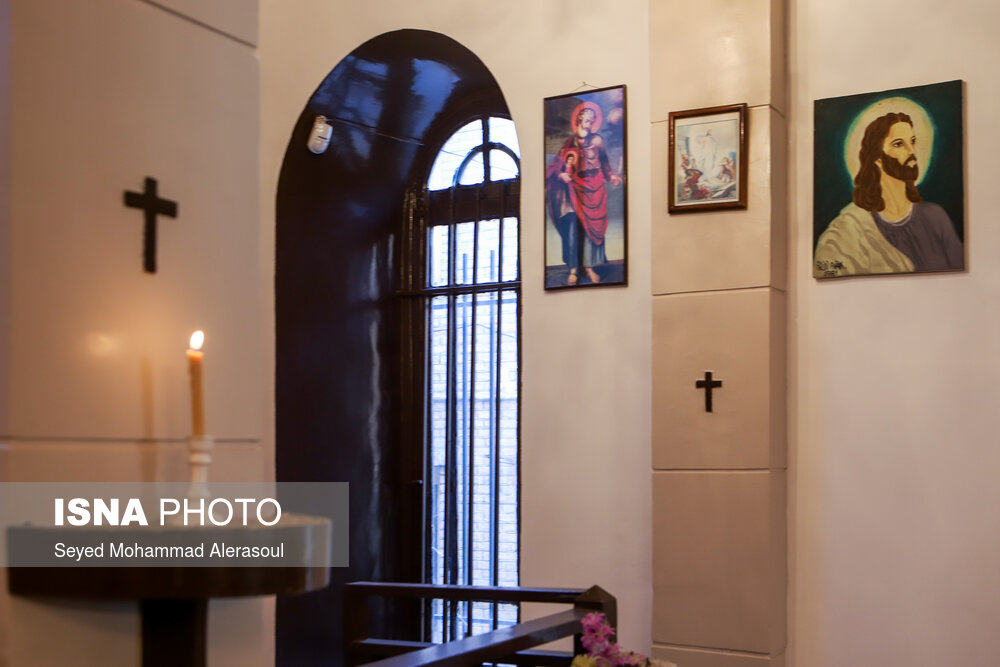 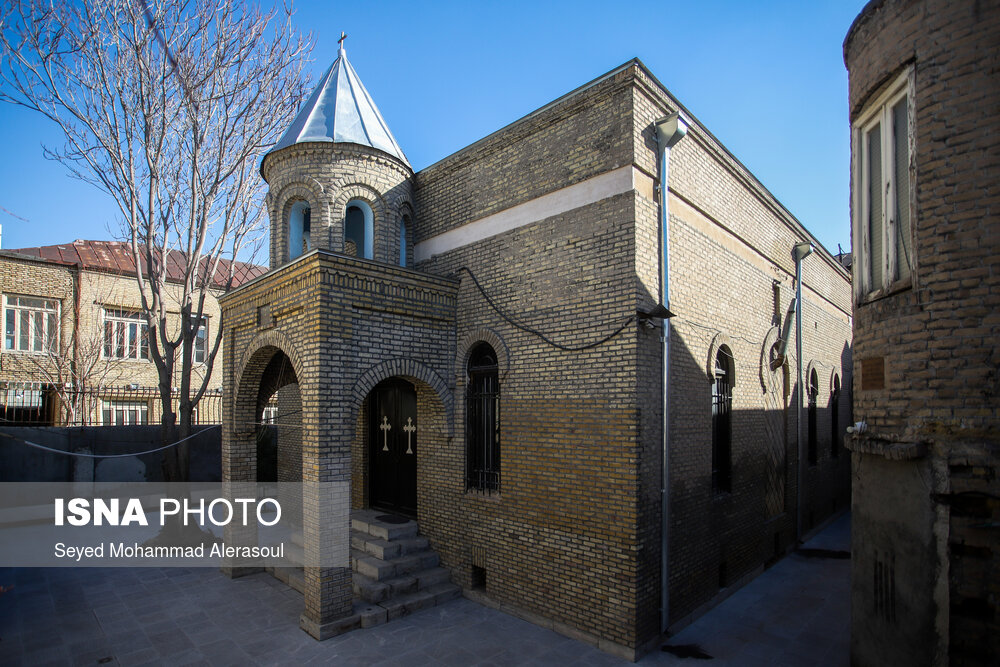 This church is located in Imam Khomeini Street, near the “10th of Dey” Square in Mashhad. From the exterior façade of the building, only the white stone dome of the church is visible, the dome which is decorated with the cross at the top of it, indicating that the building is a Church to to the by passers. 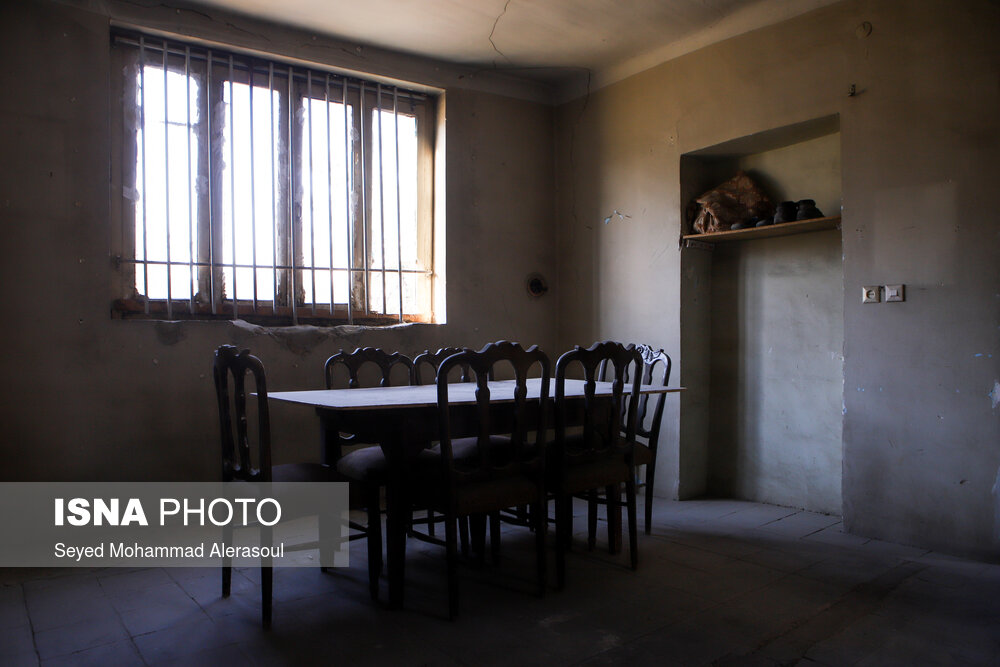 “The decor of the house that is built next to the church of “Holy Mary” which belongs to the spiritual father of this church. No one has lived in this house for 25 years.”

This church was built by the Armenians of Mashhad in 1941 in Mashhad. The church has been given the name: “Saint Mesrop Armenian Church”.  The building dates back to the first Pahlavi era. In the past, the church was the place of worship for the Christians in Mashhad, but after their migration from the city this church was registered as a national heritage and it remains currently inactive. 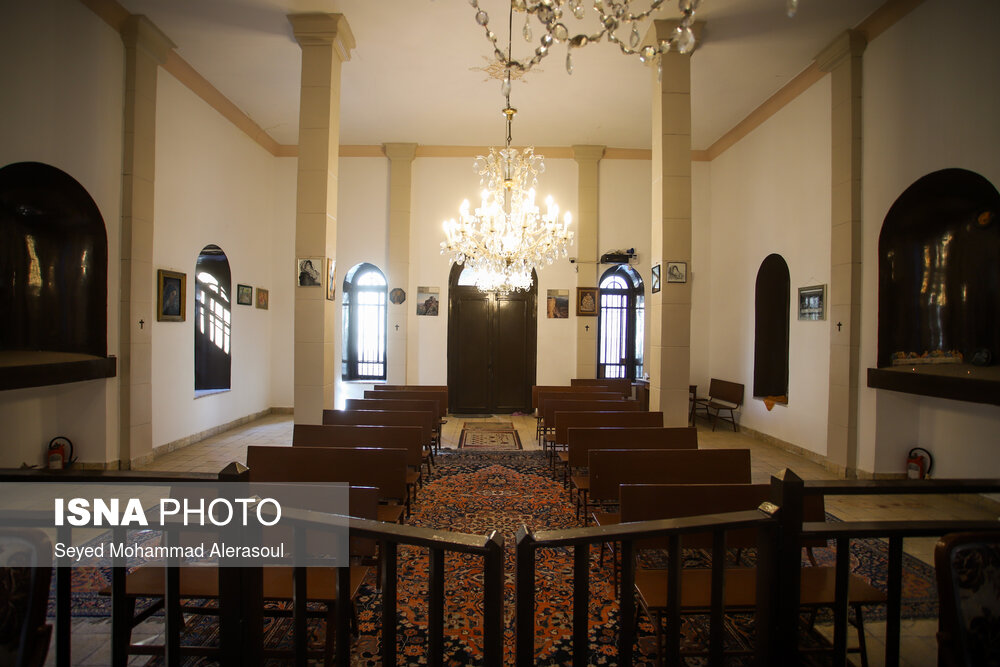 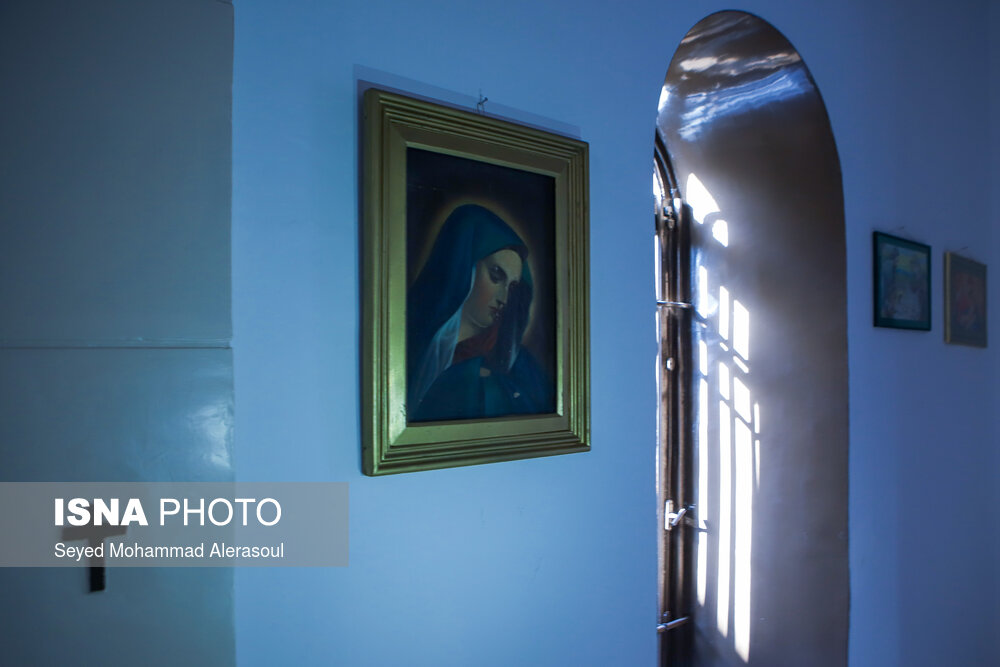 This cemetery which holds great historical and political value, was included in the list of national monuments of Iran with the number 31444. This has been done through the participation of the Council of the Armenian Caliphate of Tehran-North and their follow-ups.

Inside the Armenian cemetery of Mashhad, there is a church or Madur (prayer hall) with an area of ​​102 square meters.
According to the inscription written on the entrance of this chapel, the statues of the nun Catherine was built in 1947 by Arpnik and Malcolm Hartonias. The figure of the nun was built in memory of their mother and mother in law, who are buried in the same place. 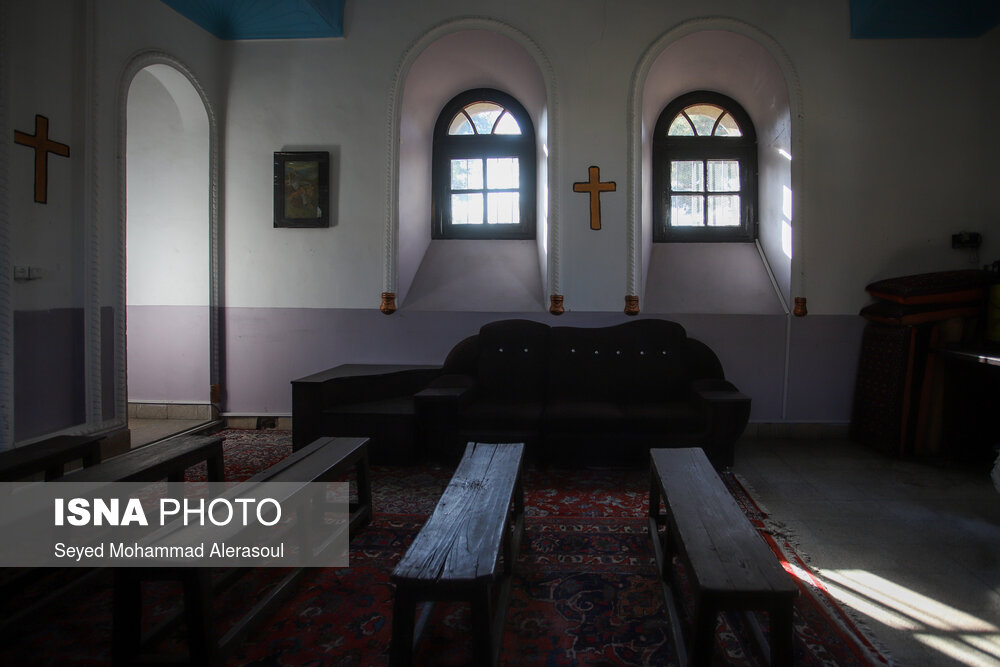 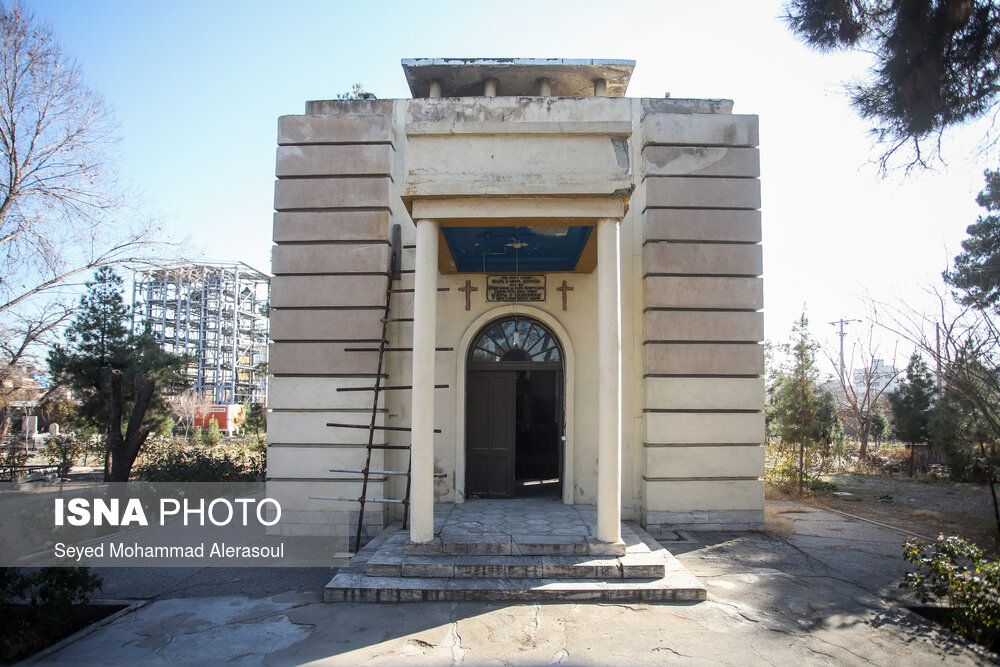 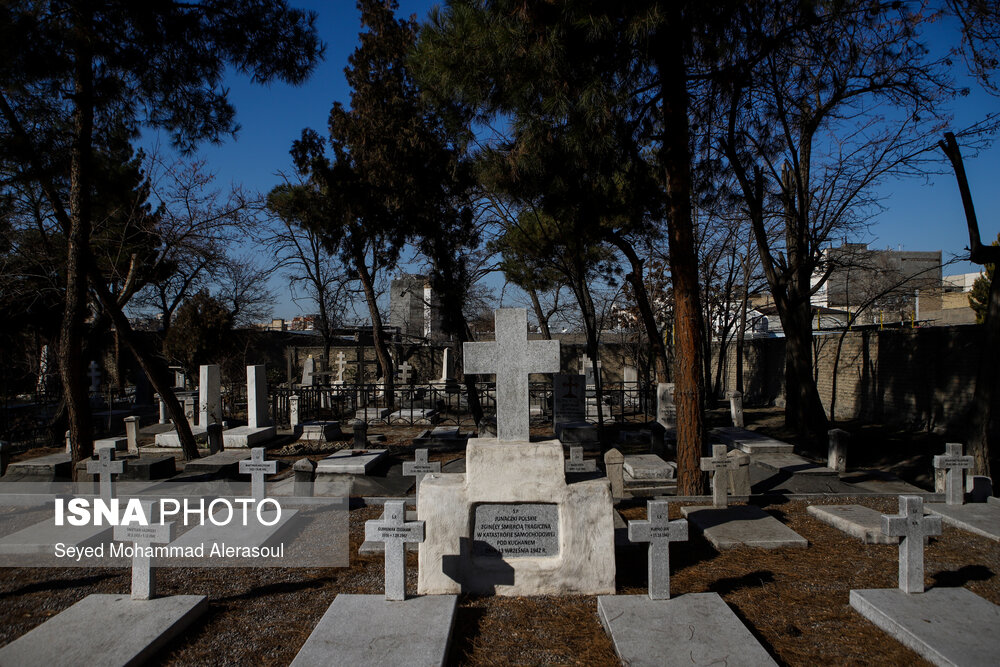 “There are also World War II tombs in the “Armenian historical cemetery” of Mashhad.” 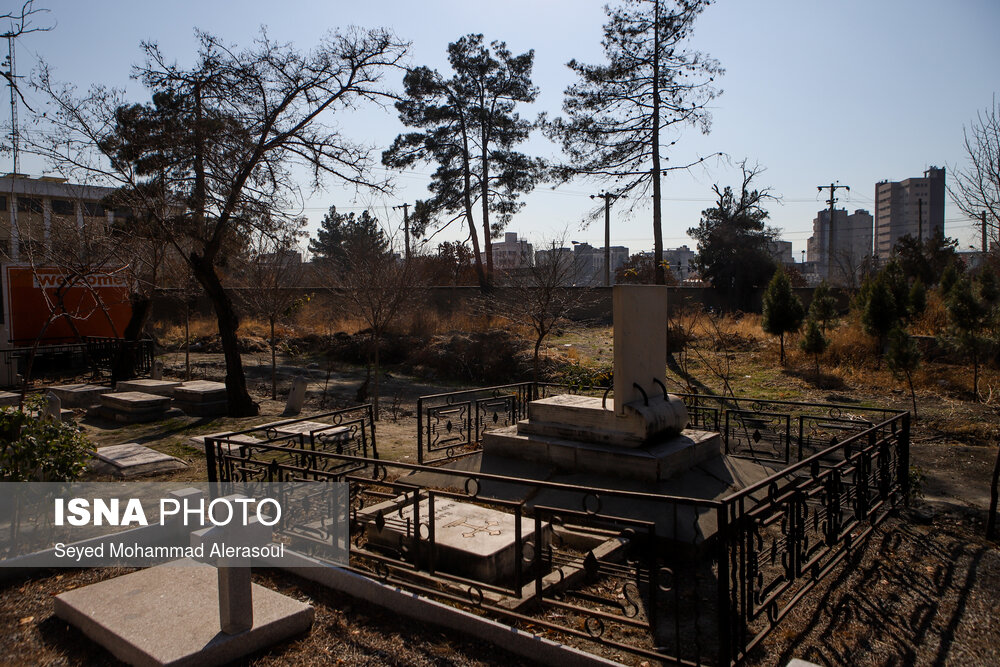 The buried people of the Armenian cemetery in Mashhad were from America, Russia, Georgia, Canada, France and Poland. This is the reason that the writings on the tombstones include Persian, Aramaic, Armenian, English, Polish, French and Russian calligraphy. 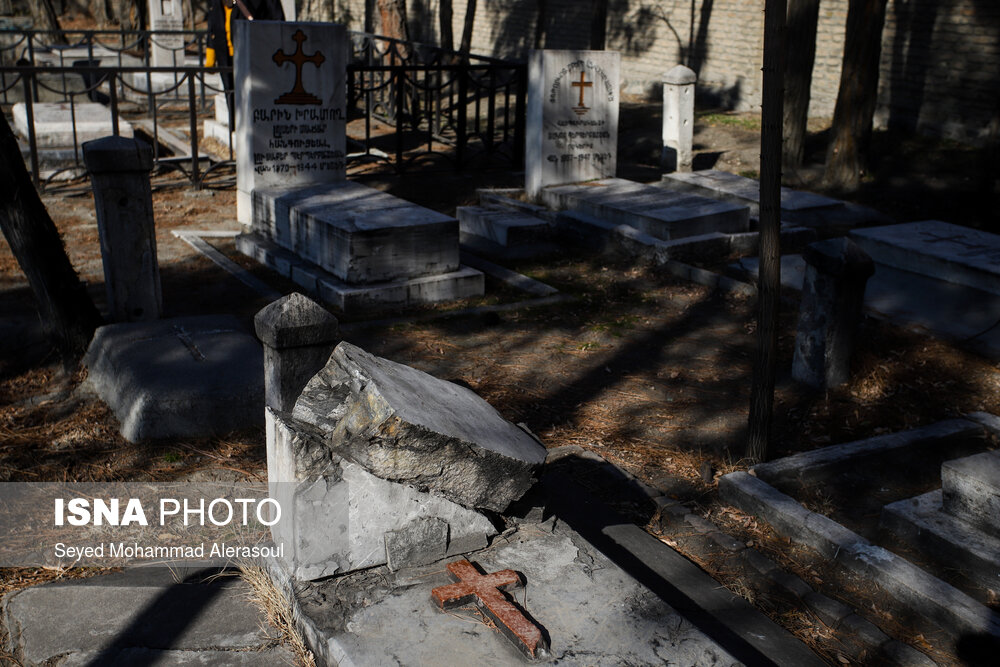 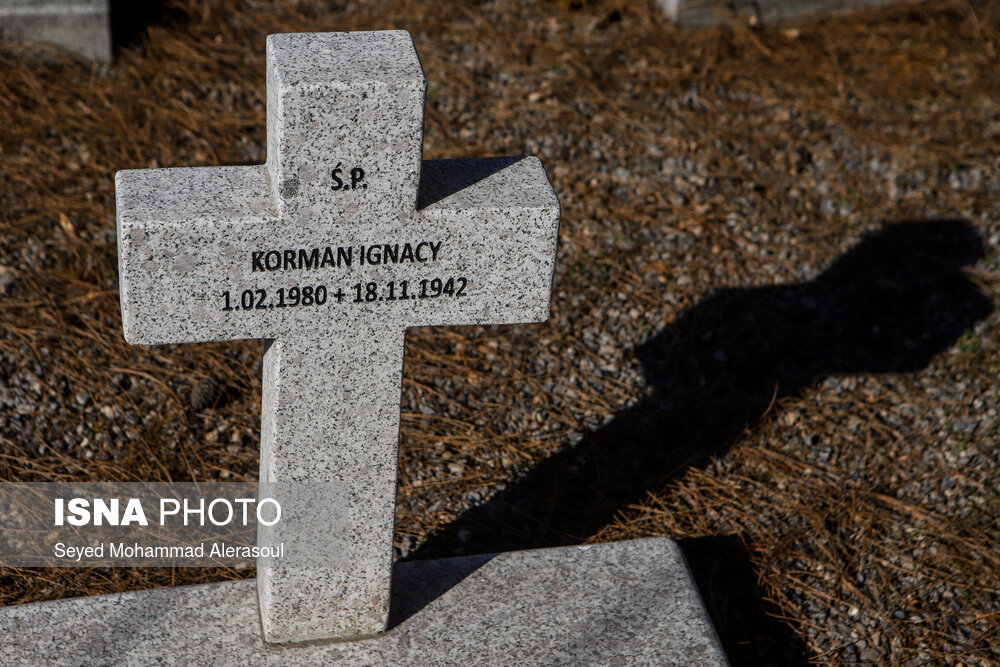 “The buried people of the “Armenian historical cemetery” in Mashhad were from the United States, Russia, Georgia, Canada, France and Poland.”

The most important tomb of this cemetery belongs to the American missionary Louis F. Esselstyn. He had settled in Mashhad in 1312 AH (1895 AD). 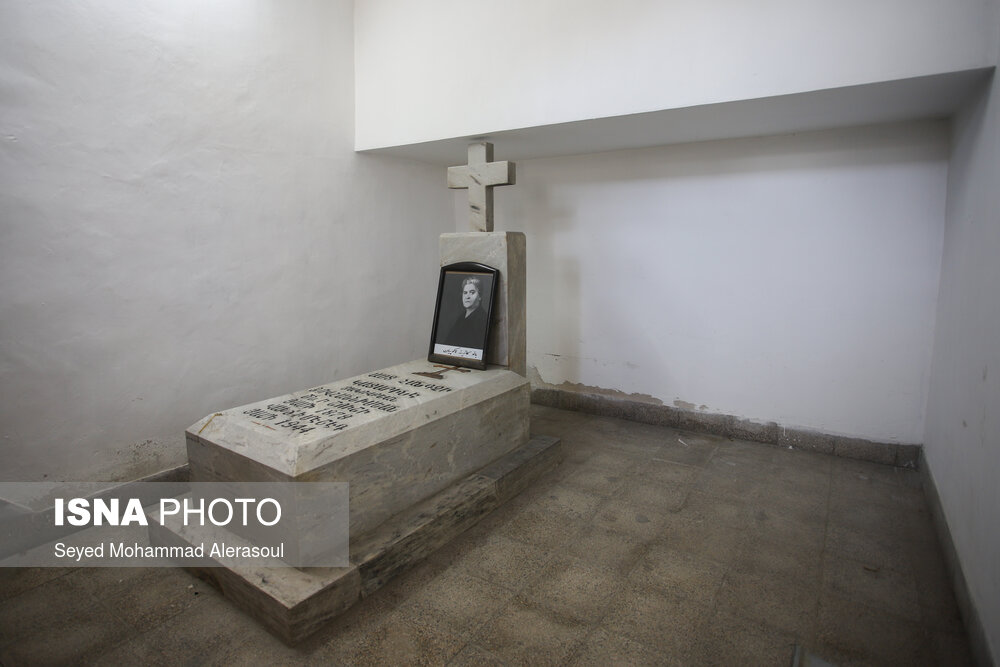 “The tombstone of Lady “Katrina Hakopian” who was the previous owner and the donor of the land of the Armenian cemetery in Mashhad.”

There are various people buried in this cemetery, they include Orthodox and Catholic people as well as Gregorian Armenians and Assyrians. 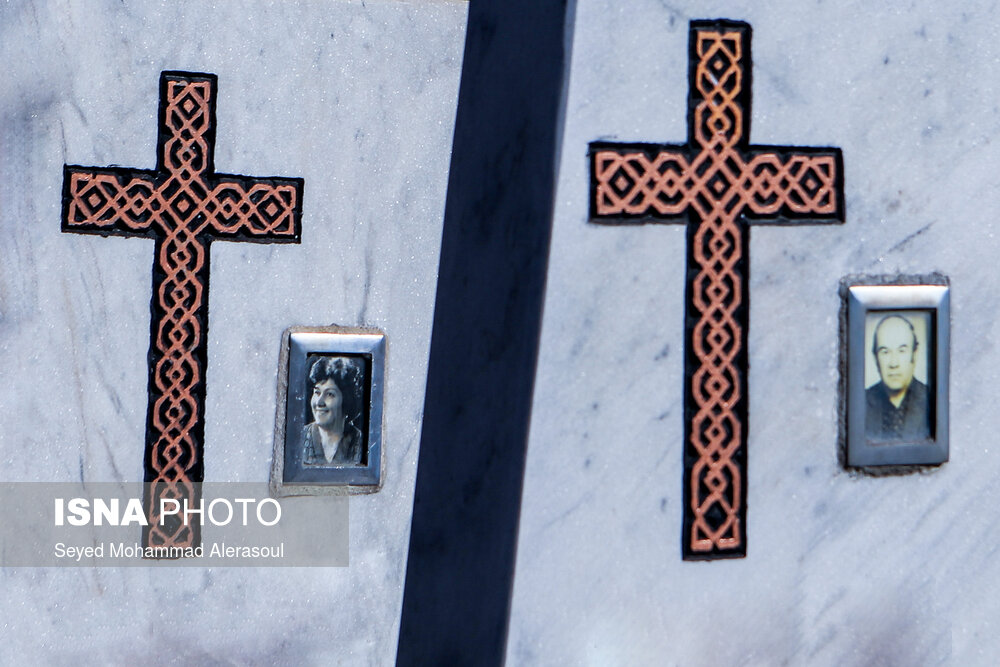 A Part of the tombs of this cemetery belong to Polish immigrants. They recount a bitter truth from the history of World War II.
In this cemetery, there is a section related to the country of Poland. The people of Poland are buried in a special section, and the shapes of the carved tombstones on their graves are very diverse, some of them have a place intended for incense burners. 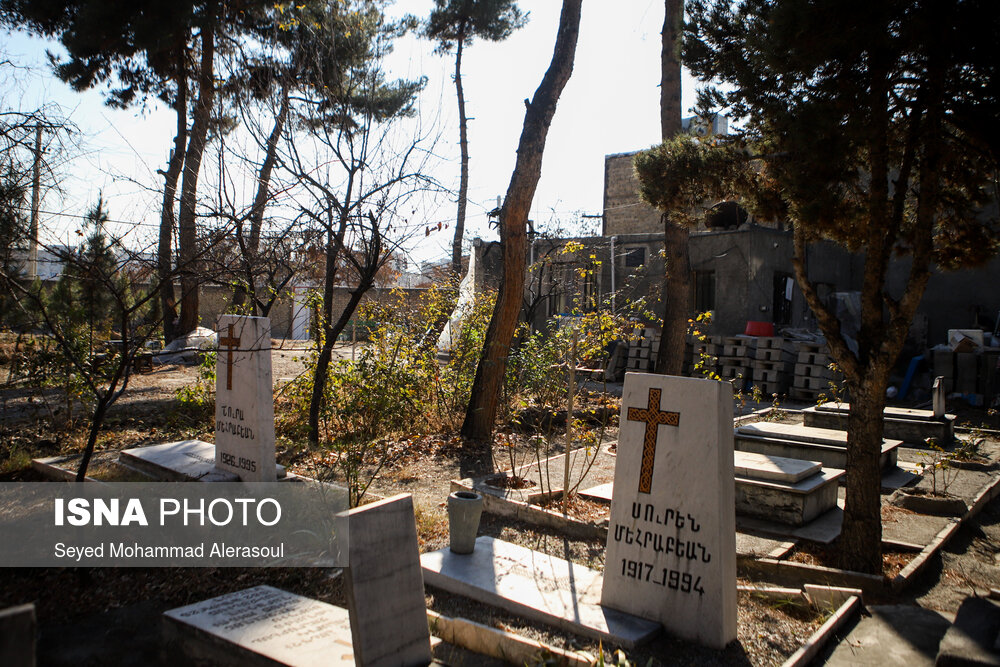 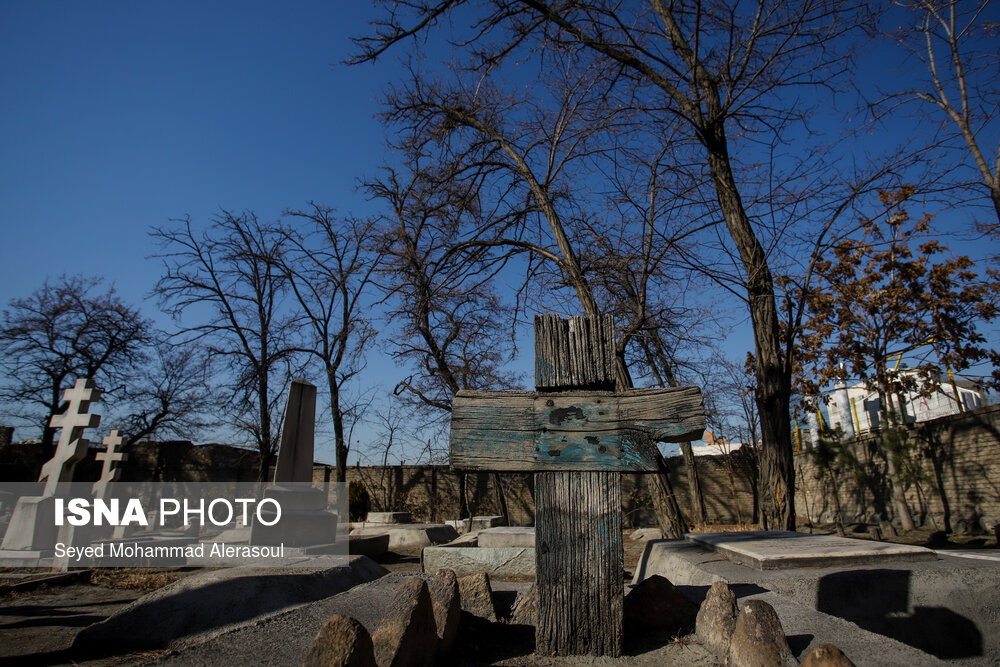 “The most important tomb of the “Armenian historical cemetery” in Mashhad belongs to the American missionary Louis F. It is Esselstyn who settled in Mashhad in 1312 AH (1895 AD).” 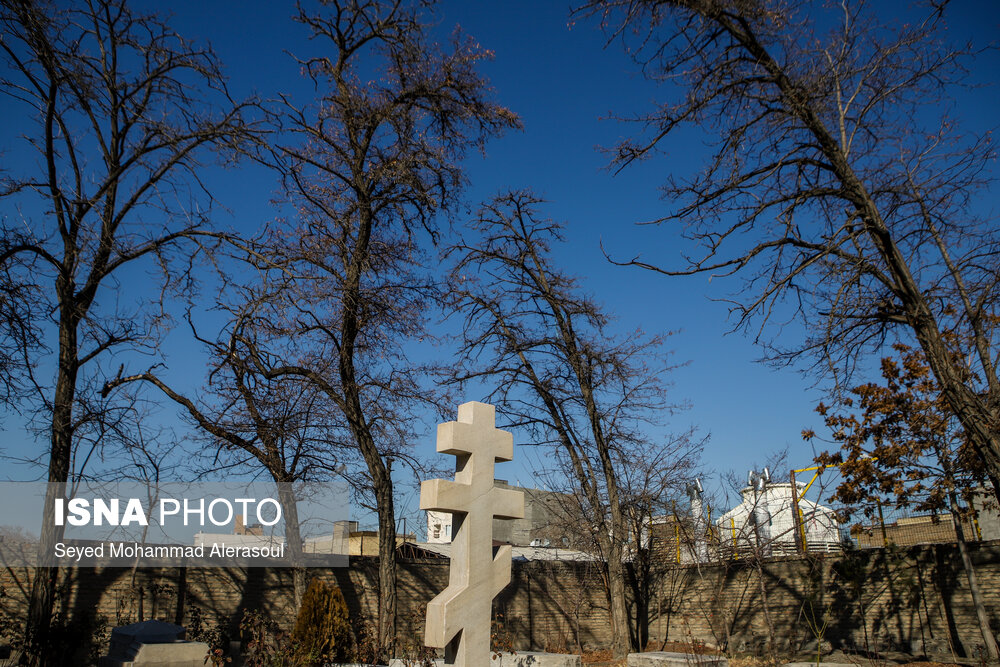 Turkey turns another former Istanbul church into a Mosque 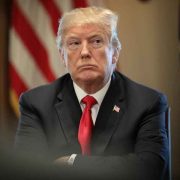 Disappointment of warmongers from Trump's response to UAV downing 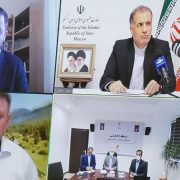 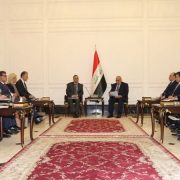 The Empire Strikes Back - Why Neocons Are Building Case against JCPOA? 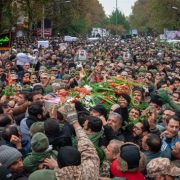 Ayatolah Khamenei: "The American elite should be ashamed of having such a president.”
0 replies