SHAFAQNA- One of the world’s most ancient Mosques has been discovered by archaeologists on the shores of the Sea of Galilee. According to The Times, the Mosque, found under the ruins of a building originally identified as from the Byzantine period, could have been founded as early as 635AD by a companion of the Prophet Muhammad (PBUH) who was the Commander of the Muslim armies that conquered the Levant in the 7th century.

The Mosque is on the outskirts of the city of Tiberias in occupied Palestine, overlooking the western shore of the Sea of Galilee. Its finding was announced last week in an academic conference after 11 years of excavation by a team led by Katia Cytryn-Silverman, of the Hebrew University in Jerusalem.

The site was previously excavated in the 1950s when a colonnaded structure was found and identified as a marketplace from the late Byzantine period. However, later excavations revealed pottery shards and coins from the early Islamic period. Together with the multilevel structure of the building’s foundations, archaeologists have pointed to the site having Islamic origins, ArabNews mentioned. 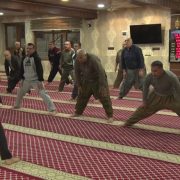 Video: A mosque in Iraqi Kurdistan turns into a gym, after the morning prayer 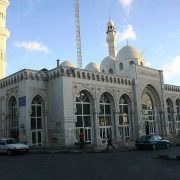 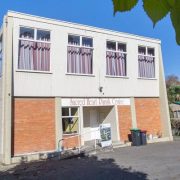 Michigan Muslims allow Church to use their Mosque
0 replies