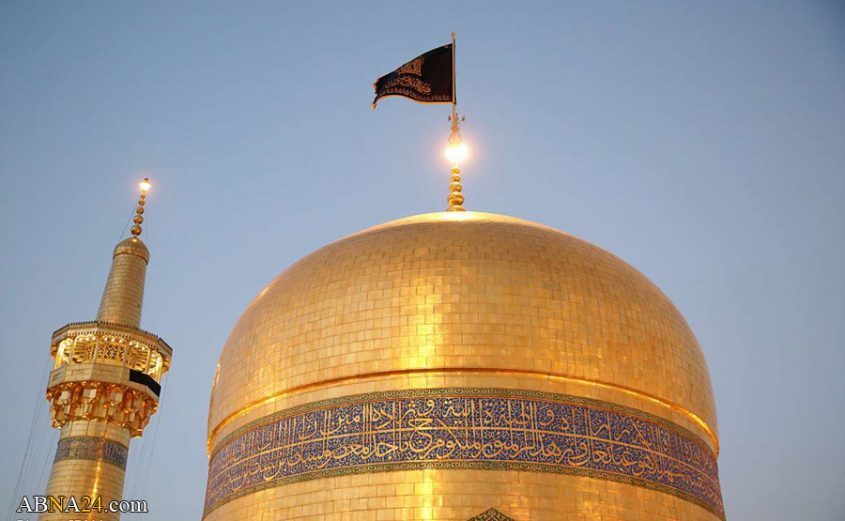 SHAFAQNA- ABNA: The repair and polishing operations of the dome of Imam Reza (AS) holy shrine have been completed on the eve of the birth anniversary of his son Imam Jawad (A.S.). The metal scaffolding around the dome was removed after the completion of restoration works to let the lovers of Imam (AS) enjoy watching brightness of the dome once again. The restoration is a long-standing tradition, carried out once every three years according to the schedule. The process was necessary due to the stains and blackening of the dome bricks, caused by air pollution and fine dust.

In addition, the copper parts used behind the dome bricks had become oxidized, which doubled the urgency to repair the dome. The experts came to work in a team of 25 and carried out the repair, polish and finally washing of the dome simultaneously.
Polishing the dome bricks as a first step of this operation is very sensitive, and the team achieved it without using any acid, metal brush or sanding, thus no damage was imposed on the bricks. In the second stage, sealing and pointing operations were performed by using state-of-the-art technology against deformation in exposures to extreme cold and heat.

In the third stage, the dome bricks were washed with rosewater, one of the important effects of which is removing the scratches off the bricks. Restoration of the inscriptions around the dome, which had been damaged by the effects of environmental factors, was another measure that had to be done with high precision to protect inscriptions from losing color in cold and heat. The repair, polishing and washing operations of the dome took 40 days, and completed on the eve of the birth anniversary of Imam Jawad (AS) on Feb. 20. 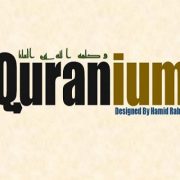 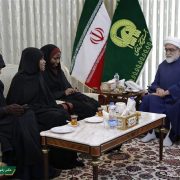 AQR official: The Mawkab of Imam Reza is ready to serve pilgrims from Turkey, Azerbaijan 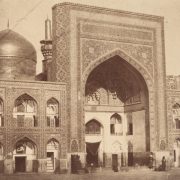