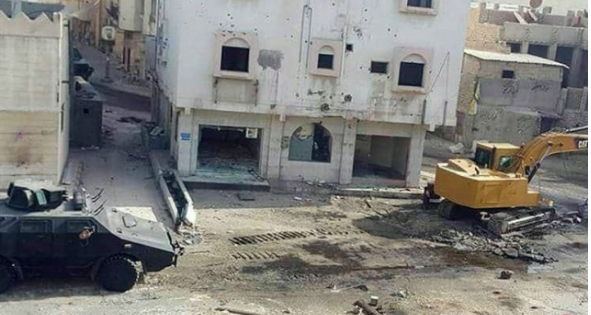 SHAFAQNA- Al-Masora, a 400-year-old walled quarter in Awamiyah, a town in the Al-Qatif Region, has been a flashpoint in the conflict between Saudi Arabia’s ruling and its tiny, disenfranchised Shia minority. Saudi Arabia’s use of force to clear and raze a minority Shia Muslim neighbourhood in the country’s Eastern Province fuelled bloody conflict there.

The Awamiyah situation was dire. Bulldozers decimated Awamiyah and heavy artillery, such as cannon bombs, are being launched against the town in 2017. Military forces randomly took aim at individuals on the street and in their cars. Armored tanks rolled through main streets and neighborhoods alike, indiscriminately shelling houses and businesses.

Saudi regime targeted the town’s infrastructure, randomly cut electricity and water to its tens of thousands of residents. Its security forces also shut down the medical center and fire station, causing considerable harm.

Journalists taken by officials to the 400-year old town reported devastation on the scale of war-torn Yemeni and Syrian cities. Vehicles had been flattened, apartment blocks gutted and holed by shells and shrapnel, and water and sewage pipes smashe, Irish Times told.

It is Awamiyah’s story. The town is known for discrimination against Shia Muslims.

Awamiyah is located in the Qatif region of Saudi Arabia’s Shia-populated eastern province. Since 2011, the small town of 30,000 has  been the center of democracy rallies, with the protesters calling for end to Riyadh’s discriminatory policies against the Shia community. The influential cleric Nimr al-Nimr, who was executed by the Saudi government in 2016, came from the town.

UN experts voiced concerns over the demolition of the 400-year-old neighborhood, saying the move threatens Awamiyah’s cultural heritage. Nor is that all: Saudi forces terrorized the people of Awamiyah for months. What started as a military crackdown against locals’ objection to the demolition and an attempt to apprehend men in opposition of the “redevelopment” – who are now labeled by their government as terrorists –  turned into a bloody siege that has left dozens dead, many injured, and approximately 20,000 displaced.

The Saudi rulers attempt to use the resistance against the demolition of the Al-Masora neighborhood as an excuse to make an example of what happens when people rebel against Riyadh. But, infact the violent crackdown had nothing to do with “revitalization”.

“The Saudis have never properly explained this eviction. There is a real lack of justification here. They have some development plan in the area, that has yet to be fully revealed, at least not to us”, UN experts said in a statement, The Globe and Mail reported.

While, analysts said that the emptying of Awamiyah could be part of a strategy to enact demographic change in Shia region of Saudi Arabia, Shia residents hope Awamiyah will be restored to its former glory.

Letter of Sheikh Nimr to His Mother before Execution 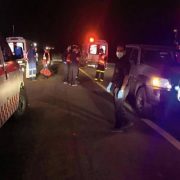 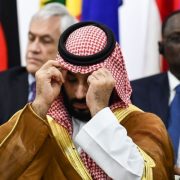