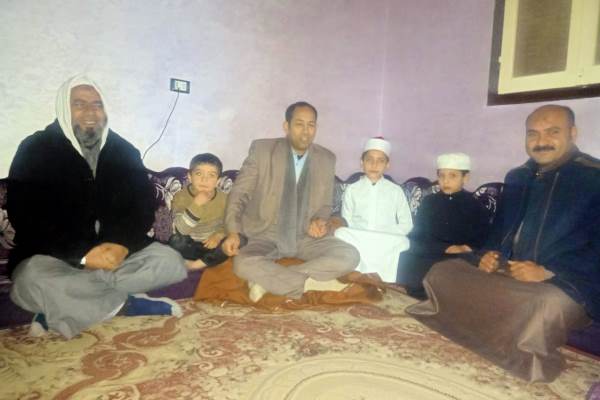 SHAFAQNA- IQNA: Mohammad Al-Fardi is an Egyptian father of eight children who are all memorizers of the Quran. The 37-year-old lives in a village in the Arab country’s Sharqia Governorate, according to Youm7.com website. He has four daughters and four sons. All of them study at Al-Azhar-affiliated schools. Mina, his eldest daughter, is a high school student. She has learned the entire Holy Quran by heart. Rihab knows all the Quran, expect for Surah Al-Baqara, by heart.

Hazim, the third child, is a memorizer of 15 Juzes (parts) of the Quran, namely half of the book. He is also a skillful Qari and recites the Quran at the village mosque every Friday. Hazim imitates the style of late Egyptian Quran reciter Abdul Basit Abdul Samad in his recitation. Mohammad’s other children are also memorizers of several Juzes of the Quran. They, too, aim to learn the entire Holy Book by heart.