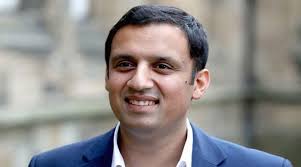 SHAFAQNA- Anas Sarwar has continued a family tradition in political precedent setting by becoming the UK’s first Muslim to lead a party. The new Scottish Labour Leader is the son of the first Muslim MP – but his path to the top has not been completely smooth. He won the snap election triggered by the surprise resignation of Richard Leonard six weeks ago. Sarwar, a former deputy leader of Scottish Labour backed by a majority of the party’s parliamentarians, defeated the other candidate Monica Lennon, a less experienced MSP backed on the party’s left, winning 57.6% of the vote, The Guardian reported.

“You haven’t had the Scottish Labour party you deserve – with rising injustice, inequality and division, I’m sorry we haven’t been good enough,” he said in his acceptance speech. Born in Glasgow in 1983, Sarwar is the son of the first Muslim MP, as his father was elected to Glasgow Central in 1997.He left his job as a dentist in 2010 for politics, winning the same Westminster seat as his father in an election in which the Labour party lost power after 13 years to a Tory-Liberal Democrat coalition.