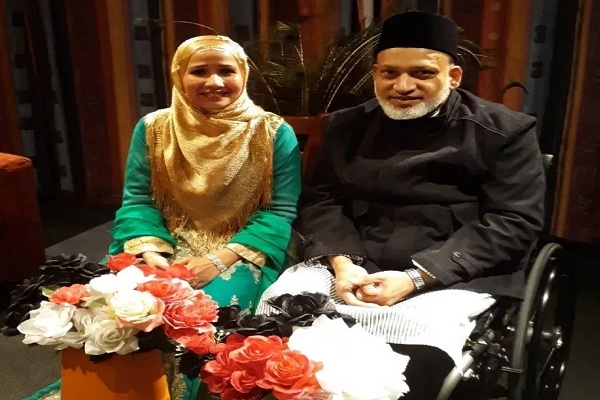 SHAFAQNA- IQNA: Christchurch Mosque attacks victim Farid Ahmed was named as a semi-finalist in the Kiwibank New Zealander of the Year Awards ­– Ngā Tohu Pou Kōhure o Aotearoa. Finalists were announced for six categories on Tuesday. A spokesperson said after the March 15 attack, Farid became a global symbol of peace and forgiveness.

“After losing his wife in the attacks, Farid demonstrated how faith and love could provide a pathway to navigate deep grief. Awarded an international peace prize for his ongoing work, Farid published Husna’s Story in March 2020, donating all royalties to St John Ambulance.”

Farid’s wife Husna was killed in the attack at the Al Noor Mosque. She had guided the women and children to safety and ran back in several times to find her husband. Farid had managed to escape and was hiding just meters from where his love was gunned down. He is a senior member of the mosque and for almost three years gave sermons. He was hit by a drunk driver six years ago and left paralyzed.

Farid earlier told the Herald, he did not, and could not, hate the gunman. In fact, extraordinarily, he has forgiven him. The other finalists for New Zealander are microbiologist and science communicator, Dr Siouxsie Wiles, and rounder and director of Tamaki Health and domestic violence social entrepreneur, Ranjna Patel.

Dr Zhiyan Basharati who is a dedicated advocate for refugees and migrants as well as the founder of Christchurch Victims Organizing Committee is also a finalist for the University of Canterbury Young New Zealander of the Year. Mataio Brown, owner of My Fathers Barber, author, speaker and survivor of physical and sexual violence is a finalist for the Kiwibank New Zealand Local Hero of the Year.