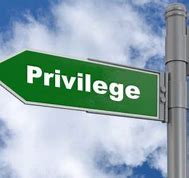 SHAFAQNA – A group of Quraysh came to the first Shia Imam, Ali ibn Abitaleb (AS) and said: O’ Amiral Momeneen, It is better if you grant a special privilege for the wealthy people of Quraysh so that they could be more well-meaning toward you. Imam (AS) became angry from this suggestion and said: O’ the people, do you want me to establish the base of my justice on the oppression of the citizens? This will never happen.

I swear to God, if this public wealth belonged to me, I would have divide it equally between all of the people, and I would not have considered any privilege for any individual;  let alone that I want to divide their own wealth equally among them. Then, Imam Ali (AS) added: O’ the people, nothing except the praise by the despicable and ignorant persons will be gained by the one who does not behave justly [1].