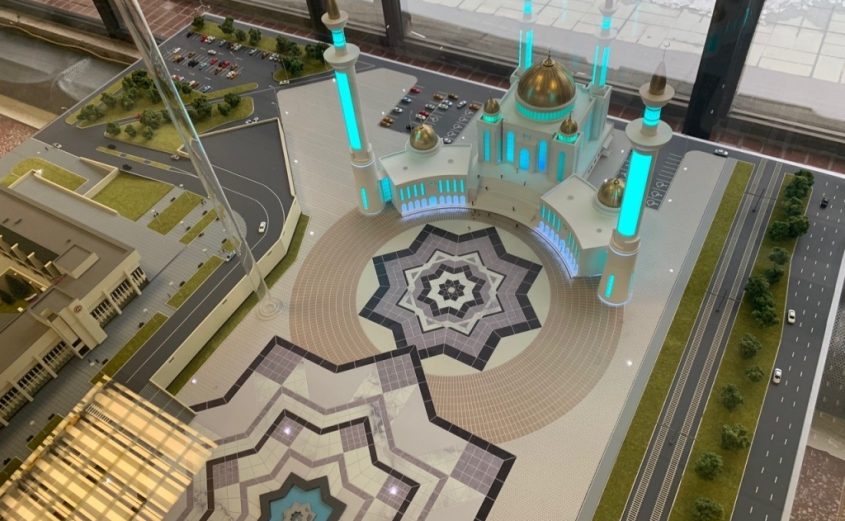 SHAFAQNA- ABNA: A new Grand Mosque is under construction in Tatarstan city Naberezhnye Chelny. The place of worship is situated near the office of the city administration. According to the architects, the new building is to become a decoration of the city. The Mosque will consist of a central domed building with colonnades and two wings on the sides. The total area is over 6500 sq. m. The project includes four Minarets as well – two 80 meters high and two 60 meters high.

The Mosque will hold prayer zones, a room for holding a Nikah, and a madrasah for 200 students. At the same time, it will allow to receive up to 1700 parishioners on weekdays and 3200 on holidays. “The Mosque provides all the conditions for the people with limited mobility. For the convenience of parishioners, the mosque is equipped with passenger elevators”, told in the Inspectorate of State Construction Supervision of the Republic of Tatarstan.

The construction of the Mosque began in 2010 on the money of the parishioners and donations from the city’s enterprises, “AIF” reports. Today the walls of two minarets have already been installed. In the near future, it is planned to start masonry of partitions and external walls, the Inspectorate noted.