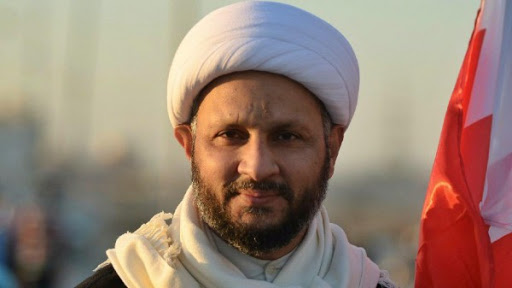 SHAFAQNA- ABNA: Separately, detained opposition figure and former member of parliament, Sheikh Hassan Issa, has been admitted to the hospital after he reported chronic fatigue and muscle weakness because of COVID-19 infection. On Monday, Bahrain’s most prominent Scholar Ayatollah Sheikh Isa Qassim expressed concern over the distressing situation of healthcare in the country’s prisons and jails, renewing his call for the immediate release of political inmates in light of the deadly coronavirus pandemic.

Sheikh Qassim called on Bahraini protesters demanding the freedom of imprisoned opposition figures to continue their demonstrations. “Show the world how the oppressed people stand up for their rights and never compromise on them. At the same time, they do not allow their anger and outrage to take them away from observing the norms of their religion and wisdom,” the senior cleric said.

Demonstrations in Bahrain have been held on a regular basis ever since a popular uprising began in mid-February 2011. The participants demand that the Al-Khalifah regime relinquish power and allow a just system representing all Bahrainis to be established. Manama, however, has gone to great lengths to clamp down on any sign of dissent.

On March 5, 2017, Bahrain’s parliament approved the trial of civilians at military tribunals in a measure blasted by human rights campaigners as being tantamount to imposition of an undeclared martial law countrywide. King Hamad bin Isa Al-Khalifah ratified the constitutional amendment on April 3, 2017.