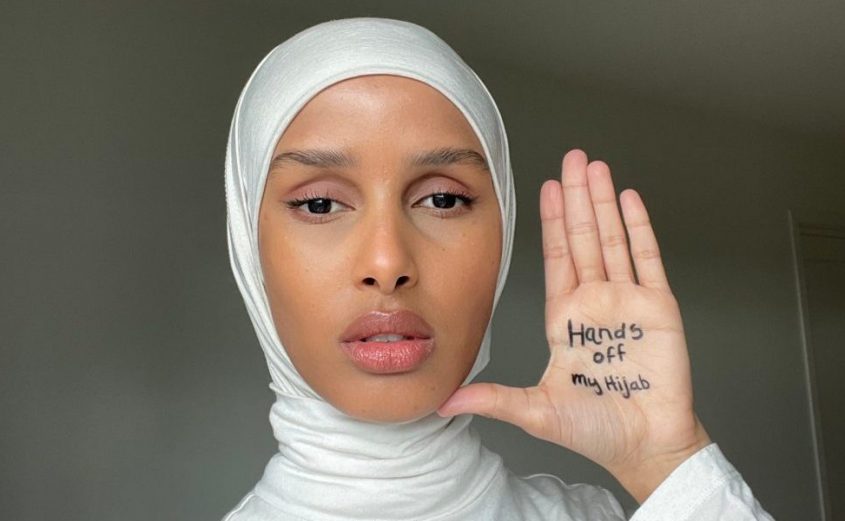 SHAFAQNA- The French Senate passed an amendment that would make head scarves illegal for girls under 18, what does this mean for young women and girls wanting to practice their faith and express their autonomy?

The French Senate voted for a “separatism bill” on March 30. In her article, “In France, the age of consent for sex could soon be lower than for wearing the hijab – that really is where we are,” Pragya Agarwal explains that this bill “ … aims to impose republican principles, and aims to give the state the tools to fight Islamic radicalism. A large part of the bill is to fight against the inferiorization of women, and to crack down on any practices that take away the dignity of women.”

This is not the first time France has done something like this, the head veil is unfortunately only one of many things relating to Islam that has been controversial as Islamophobia continues to inform many of the policies created in the name of fighting radicalism. The Burkini Ban is another example that gained international attention sparking debate and outrage. The Burkini is a modest swimsuit for women, and some cities in France banned the burkini and even arrested women who wore it.

France became the first country to ban the face veil in 2011. In 2004, the National Assembly in France debated a ban on religious symbols in schools. This is a violation of freedom towards people who want to practice their faith.

The President of France, Emmanuel Macron, said that he was going to eliminate “Islamic extremism” in France. A reprinting of Charlie Hebdo cartoons in 2020 sparked even more controversy due to cartoon depictions of the Prophet Muhammad (peace be upon him).

The cartoon was disrespectful because in Islam we have no pictures of our prophet or Allah (SWT). “I will never accept that someone can justify the use of physical violence because of these cartoons,” said Macron in response to the protests and condemnations of the cartoons by Muslims around the world.

The lack of respect for Islam is clearly evident as the condemnations of Muslims worldwide continues to not be taken seriously. These cartoons are hurtful, as no picture could ever depict what our prophet looks like. Pictures and statues believe to be related to the worshiping of idols, and we do not believe in this in Islam, we only worship Allah.

These sorts of bans, proposed bans and Islamophobic sentiments are a violation of expression of religion, and the proposed head veil ban for girls under the age of 18 only continues this trend. This bill is not enforced yet because the National Assembly must still vote on it, women around the world are expressing their opinions on their head veil and this ban.

Tasnim Nazeer, a Journalist, TV reporter and Universal Peace Federation Ambassador for Peace, wrote a powerful article titled “As a Muslim teen my Hijab was an expression of my spirituality – France’s ban is Islamophobia in action” regarding why she wears the headscarf and outlining the problems with the ban.

“Muslim women should be able to make their own choices about whether they wish to observe Hijab or not. I personally decided to wear the hijab when I was 19 after drawing spiritually closer to my faith. I see it as an honour and symbol of my devotion to God,” Nazeer said.

Shedding light on what her Muslim friends were experiencing in France, Nazeer also explained that “One friend says that she cannot compromise her hijab and feels that she will now have to be confined to the parameters of her home. Another friend said she feels she will now be missing out on her children’s school trips as she too does not want to remove her Hijab.”

“Women as young as 15 years old have sexual autonomy and agency in France, but they will not have the right to choose a symbol of their religious faith,” said Pragya Agarwal. These oppressive laws are an attempt to control women and girls. They are unjust and must be challenged. Just as women have fought to be able to wear revealing clothes, the same acceptance must be given to women who would like to veil themselves.

The hate and intolerance towards Muslims and women who veil is becoming more evident, and this is alarming and upsetting. It was completely my choice when I first decided to wear the headscarf when I was a minor. The love and feeling of wanting to submit myself to Allah (SWT) came from within me. It was a beautiful feeling. I felt so secure, free and loved by my headscarf.

I still feel this way and I feel even more free when I conceal my hair, because it teaches me that looks, hair and our body are all aspects of us that will change over time and eventually be no more when we pass. What matters is my character, personality, behaviour and how I treat people.

The possibility of girls under 18 being prohibited from covering their hair is controlling and oppressive to not only Muslim women, but to women’s rights as a whole. These prohibitions are a poorly disguised attempt to steal women’s autonomy. They claim to be doing this to prevent the “inferiorization of women,” yet by passing a law taking away our choice they have done just that. Telling people of a faith that they cannot express their religion in their own country is derogatory to them as first humans and secondly as citizens. With Islamophobia and racism, its already feeling unwelcoming in some parts of the world to even be a Muslim woman and wear the headscarf. But now, with the prospective ban on it, these feelings are only increasing.

Saying a religion is radicalizing and including terrorist groups as part of the argument and relating it to the way women dress is an invalid because this religion does not endorse violence. Islam is one of the top growing religions in the world, and one of the most peaceful. These types of religious bans only increase Islamophobia, because it portrays the head veil and people who look like they’re from a certain part of the world as “terroristic.” It ostracizes people more from the community and country, making it seem like they don’t “belong.”

I hope that one day girls can freely express themselves in their religion, choose when and where they want to wear the veil and live under a government that supports their decisions. When you give women the autonomy in their decisions, especially as a leader and government, you provide that safe space for women to express themselves and make choices for their own life, giving them the freedom to practice their beliefs within a country they see as home. 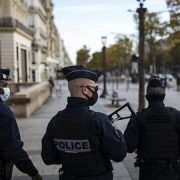 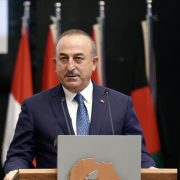 France: Second fire in a week targeting a Mosque in Lyon +Photos 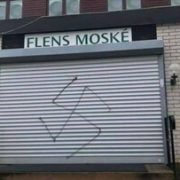 French Come Together To Support Muslims After Attacks
0 replies