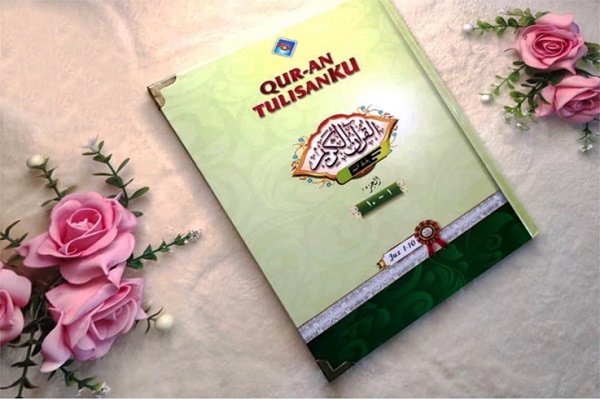 SHAFAQNA- IQNA: Ramadhan, the ninth month of the Islamic calendar, is the time when Muslims fast from dawn to dusk and perform various acts of worship, including group recital of the Quran. In Malaysia, Muslims now have access to the ‘follow the line’ Quran, namely Al-Quran Tulisanku, which enables them to not only recite the verses but also have their own handwritten copy of the religious text.

The verses in Al-Quran Tulisanku, which is published in Indonesia, are presented in faded calligraphic Arabic script and all one has to do is use a blue- or black-inked pen to trace the outline of every letter. In October last year, part-time entrepreneur Nurnaziera Behrin, 24, became the first stockist of Al-Quran Tulisanku in Malaysia and the response has been good with 1,000 sets already sold so far. Each set, priced at RM125, comprises three copies of the Al-Quran with each containing 10 Juzuk or parts.

And, since the start of the fasting month, she has already sold 180 copies to date. She said the spike in demand for Al-Quran Tulisanku during Ramadan shows that the Muslim community is in search of new activities to practice during the holy month. “It appears that by using Al-Quran Tulisanku, they can memorize the verses better,” Nurnaziera, a primary school teacher in Rembau, Negeri Sembilan, told Bernama in a telephone interview recently. Users are also highly encouraged to read the verses of the Al-Quran as they write as it would help them to better appreciate and understand the essence of God’s holy words.

Al-Quran Tulisanku, first marketed in Indonesia in 1999, is published by Yayasan Fajar Shodiq, based at Kota Mojokerto in Jawa Timur province, to help students to memorize the Quran. Nurnaziera said she first found out about the handwritten Quran from a video clip on the Tik Tok mobile application.

“I realized that it was not so popular in our country so I took the opportunity to be the first stockist in Malaysia to market it,” she said, adding that she has been getting orders for the book from people in Singapore and Taiwan as well. She promotes the book on her Facebook and Instagram accounts and all orders have to be made online. Currently, she has 32 drop-ship agents working with her. Nurnaziera also said that based on the positive reviews from buyers, Tahfiz schools across Malaysia have also requested the book which they plan to use as a learning medium for their students.

Fatimah Fawziyah Mohd Nazir, who recently bought a set of Al-Quran Tulisanku, said she found it beneficial as the “writing activity gets us to automatically read the Al-Quran verses”. Seeing it as a therapeutic way to develop virtuous qualities such as honesty, patience and trustworthiness, she said the activity can be carried out with family members.

“It is also a substitute for Tadarrus Al-Quran (reading the Al-Quran en masse) during the ongoing pandemic as we are not encouraged to gather in large numbers,” she said, adding that she has so far successfully memorized about seven verses of the Al-Quran. Ramadhan, meanwhile, was also the time the verses of the Al-Quran were first revealed to Prophet Muhammad (PBUH). This took place on the 17th day of the holy month which is also known as Nuzul Al-Quran (this year it falls on April 29).

Universiti Teknologi MARA Melaka Faculty of Islamic Studies senior lecturer Dr Khairul Azhar Meerangani said the gift of the revelation of the Al-Quran from Allah (SWT) “through the mediation of the Angel Jibril to Muhammad indirectly shows the glory and majesty of the Al-Quran itself .” “The delivery of this great message can only be utilized through Tafakkur (thinking process), Tadabbur (appreciation), Ta’amul (charity) and Ta’ayush (living together) with the Al-Quran,” he added.

Referring to the COVID-19 pandemic which has not shown any sign of abating, Khairul Azhar said there is no reason for Muslims to slow down the momentum of worship. Instead, he added, they should take advantage of the existing platforms and opportunities to increase worship, as well as appreciate the wisdom behind the trials they are going through.

Atmosphere of month of Ramadan at Imam Hussein Holy Shrine 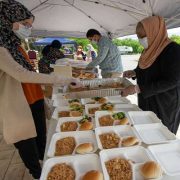 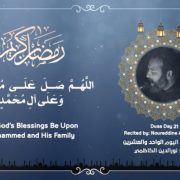 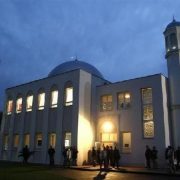