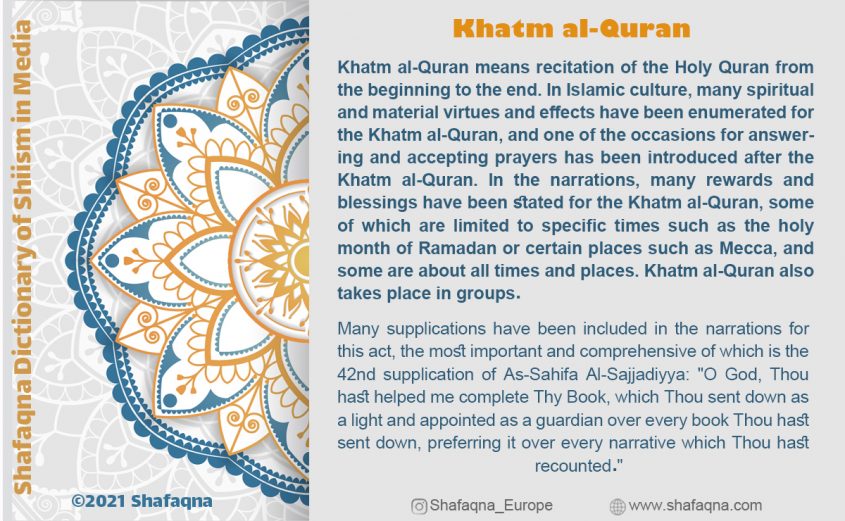 SHAFAQNA- Shafaqna Dictionary of Shia Islam in Media is a multilingual collection of Shia Graphs that explain the words used in Shia News and Shia Media.

Khatm-ul-Quran means recitation of the Holy Quran from the beginning to the end. In Islamic culture, many spiritual and material virtues and effects have been enumerated for the Khatm-ul-Quran, and one of the occasions for answering and accepting prayers has been introduced after the Khatm-ul-Quran.

In the narrations, many rewards and blessings have been stated for the Khatm-ul-Quran, some of which are limited to specific times such as the holy Month of Ramadhan or certain places such as Mecca, and some are about all times and places. Khatm-ul-Quran also takes place in groups.

Many supplications have been included in the narrations for this act, the most important and comprehensive of which is the 42nd supplication of As-Sahifa Al-Sajjadiyya: “O’ God, Thou hast helped me complete Thy Book, which Thou sent down as a light and appointed as a guardian over every book Thou hast sent down, preferring it over every narrative which Thou hast recounted.” 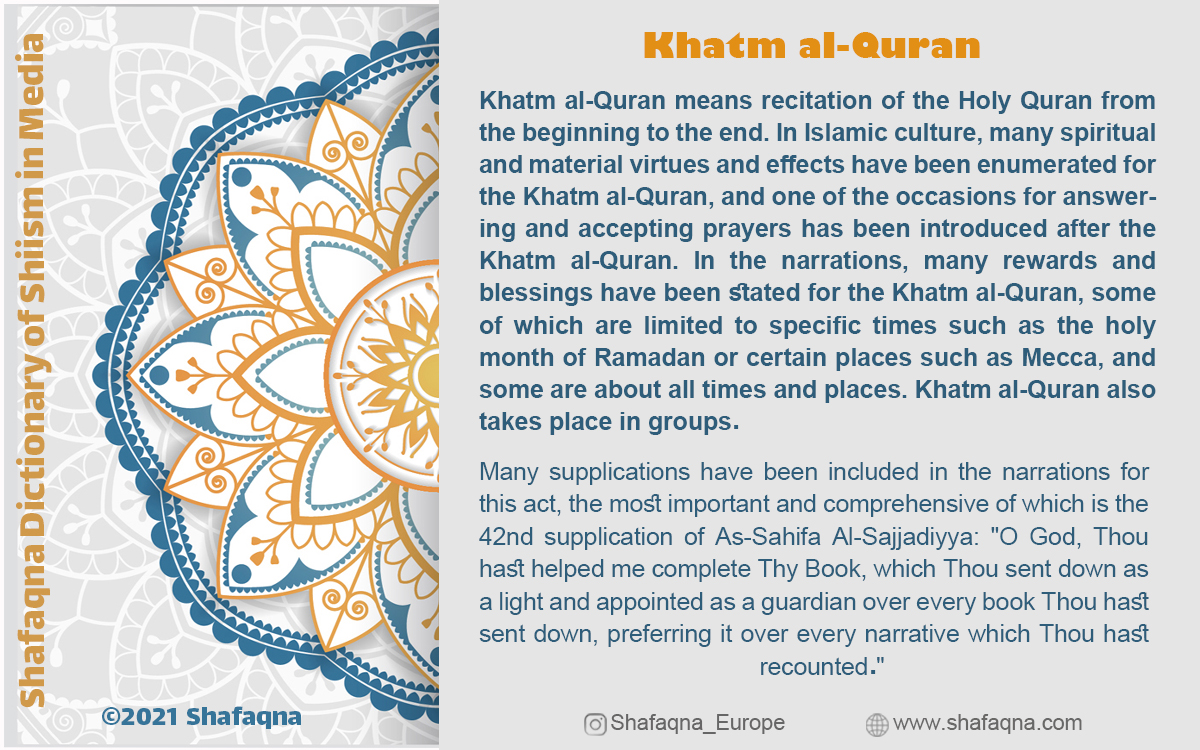 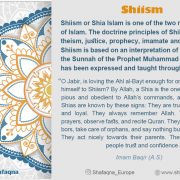 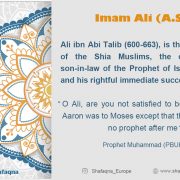 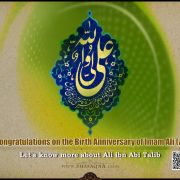 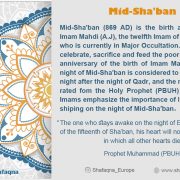