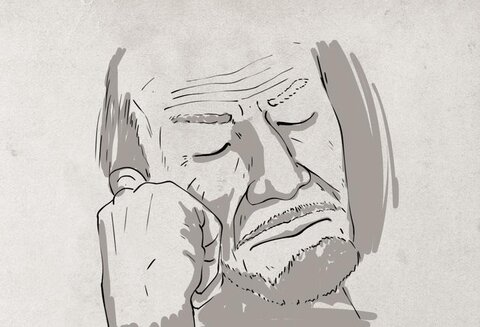 SHAFAQNA- Hawzah News Agency: From Saudi Arabia to Pakistan and the United States, Asad has left a lasting impact helping thousands find their faith. One day in September 1926, a young Jewish journalist boarded a Berlin train. His name was Leopold Weiss. All around him he saw faces that were unhappy and vacant. Europe’s high culture, the advancement of sciences and material progress weren’t enough to make its people happy. By the time Weiss stepped onto the platform again, he was convinced salvation lay somewhere else. He wanted to be a Muslim — or so the story goes.

Born in 1900 to Jewish parents whose forefathers were rabbinical clerics, he formally converted to Islam a few days after that Berlin trip. When he died almost a century later in 1992, he was an acclaimed intellectual known all over the Muslim world as Muhammad Asad.

The Road to Mecca, his famous memoir, has helped introduce Islam to countless people. “Perhaps no other book except the Qur’an itself led to a greater number of conversion to Islam,” wrote Murad Hofmann, a German diplomat, and himself a convert.

Pakistan’s Prime Minister Imran Khan, who lived a glamourous life as a cricketer, cites Asad as a motivation that set him on the religious path. Seyyed Qutb, a leading figure in the pan-Islamic Muslim Brotherhood, drew from Asad’s work to shape his own views on political Islam. Margaret Marcus, a young Jewish woman, left behind a life in New York to live in Lahore after reading The Road to Mecca. She adopted the name of Maryam Jameelah and became a well known Islamic scholar.

Asad’s English translation of the Quran is ranked alongside that of Marmuduke Pickthall and Abdullah Yusuf Ali. While his train experience has often been written about, his conversion was anything but the result of a sudden revelation. It was in part related to the turmoil that young Asad witnessed in Europe after the devastating World War I.

Searching for light in chaos

Asad grew up in Lwow, a city that in the early 20th century was part of Austria, in the affluent household of his father, a well-to-do lawyer. His childhood was spent vacationing at the Alps and on a family farm where Asad enjoyed the company of Ruthenian peasant girls.

Even though his parents were not particularly religious, private tutors trained him in Jewish scriptures and in time he could confidently discuss Biblical exegesis – the complex set of religious commentaries. After his conversion to Islam, this would particularly help his understanding of the Quran.

“Thus, by the age of thirteen, I not only could read Hebrew with great fluency but also spoke it freely and had, in addition, a fair acquaintance with Aramiac,” he wrote. Religion was the last thing on his mind when he entered the University of Vienna in 1920 to study history of art. Days were spent studying philosophy, evenings at the clubs.

He quickly entrenched himself in various literary circles, which would gather in Vienna cafes to discuss Sigmund Freud’s discoveries in the field of psychoanalysis. Like other young people, Asad was searching for answers in the aftermath of the bloody World War I, which ravaged Europe between 1914 and 1918.

“Europe was in a moral crisis. The western civilization almost destroyed itself in the course of the war. A whole generation of young men was wiped out. But it was also a dynamic period. People were not constrained by old dogmas and they were looking for new spiritual sources,” says Martin Kramer, an Israeli historian, who has written about Asad.

“That’s one way to understand Asad. He doesn’t emerge from a self-satisfied political and cultural order. He emerges from an order, which just had a brush with total collapse.” European discipline, Victorian norms – all had gone to the dogs during the war as fellow Europeans bombed each other’s cities and towns into oblivion.

In its aftermath came suffering and soul-searching. Having lost the war, Germany’s economy was bearing the brunt of the reparations. Inflation was so high that middle-class people were selling family heirlooms and furniture to survive.

Restless and unable to focus, Asad dropped out of university to pursue a career as a writer. His father was dead set against such a decision and cut off his stipend as a punishment. On his own, Asad traveled to Berlin where he flirted with the art scene for a while, writing a movie script and spending whatever he earned on all-night sprees involving booze and women. Most of the time, he remained strapped for cash.

He briefly worked for a news wire agency and scored a scoop when he interviewed Madame Gorky, the wife of the famous Russian writer, Maxim Gorky. But Asad never really settled in. Europe was not to be his home for long. Something else was calling him – it was a call to Islam, and his path would wind through Al-Quds (Jerusalem). 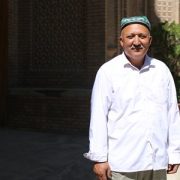 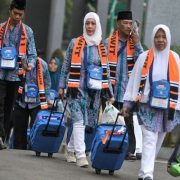 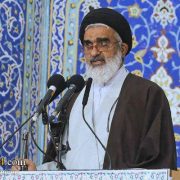 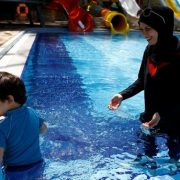