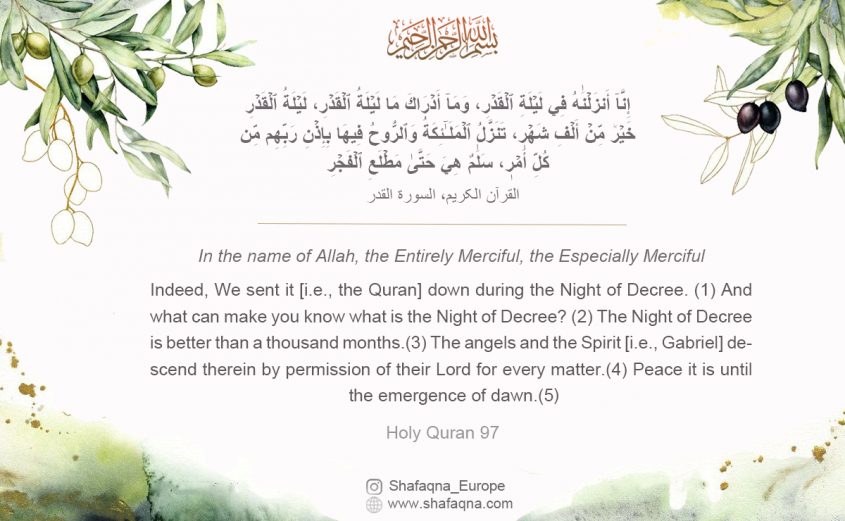 SHAFAQNA- Laylatul Qadr is a celebration to commemorate the arrival of the final guidance for humans. It is a tribute to the commencement of the message revealed to mankind by their Creator, a message which shows them the way to achieve happiness in both the worlds.

Blessed Ramadhan is the month of action, reform, creativity and generosity, and besides it contains a very special occasion, the immortal night called Laylatul Qadr. Roughly translated as the Night of Grandeur, it is the night on which the Holy Quran was sent down.

“..the Grand Night is better (more honourable) than a thousand months. The Angels and the Spirit descend therein by the permission of their Lord for (decreeing) every affair. Peace! it is till the breaking of the dawn.”

Some Ahadith indicate that the fate of every believer for the coming year is decreed on this night. That is why the Duas for this night ask for special favours in the decree for the year. Believers are encouraged to stay awake the entire night, and pray for blessings and forgiveness. It is the holiest night of the year, and it would be unwise to be heedless of the tremendous benefits of this night.

Good deeds performed on that single night are equal to those performed over a thousand months. It is reported in Hadith that whoever keeps awake on the nights of Qadr shall have his/her sins forgiven, even if they equal the number of the stars in the heaven.

Beseeching Allah (SWT) for Bestowing Readiness for the Night of Power

Yes! the one who believes in the religion and respects Quranic verses and traditions of the sinless Imams (A.S), it would be desirable that he should make his best efforts and endeavours for celebrating this night. 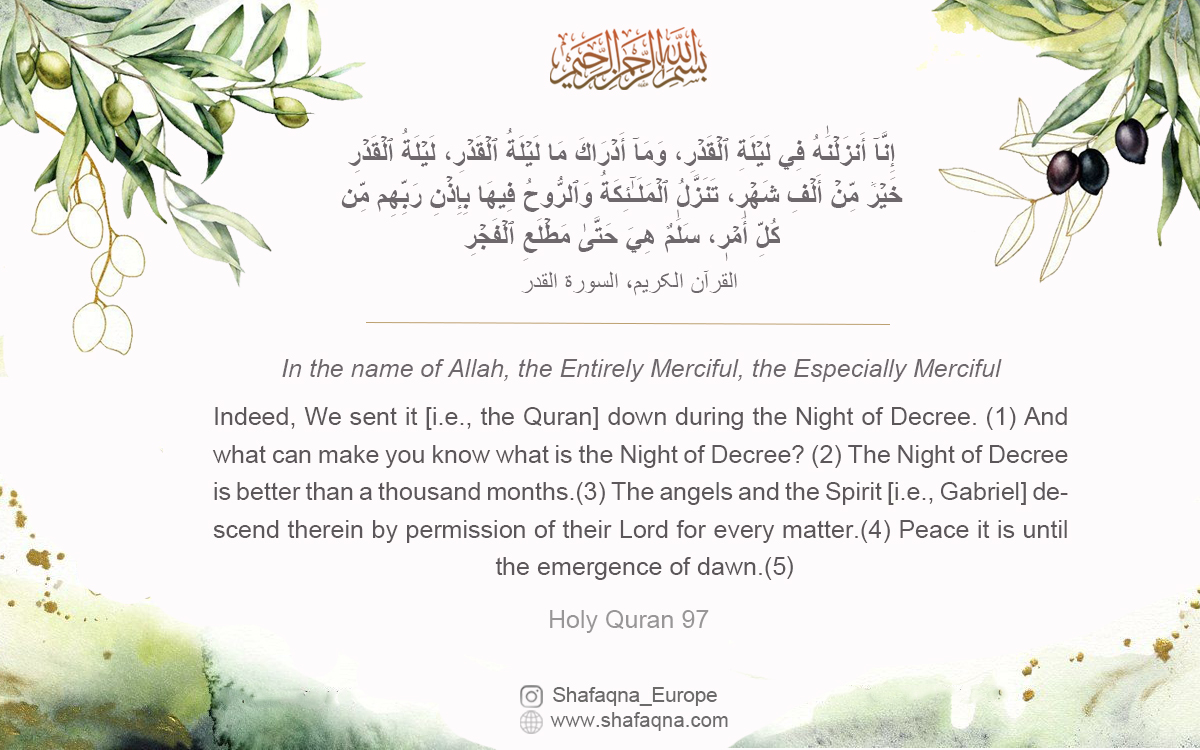 The efforts which are desirable and should be undertaken are, that during the whole year before the arrival of the Night of Power, he must repeatedly beseech Allah (the Glorious, the Exalted) to bestow upon him the divine grace (Towfiq) to be vigilant during this night; bless him with most esteemed and dearest deeds; consider that night superior than one thousand months for him and may accept from him.

Preparation for the Night of Power

The other appropriate efforts for this night are that before its arrival, the prudent wayfarer should arrange for its preliminaries and necessities, e.g. for worshipping in this night a suitable place, dress, and perfume should be arranged in advance for engaging in private humming communications Allah (the Glorious, the Exalted), as well as for communications with his masters, i.e. sinless Imams [AS] he should arrange suitable themes and contents; for paying alms during this night should allocate some money, even for the invitation of guests and for payment of alms, he should plan in advance to select the most suitable guests and the genuinely poor people who really deserve financial support.

In short, the Night of Qadr is the Grandest Night of the year. In the light of Hadith, it is said that this night, Allah, the Exalted decrees providence and every other affair of mankind to happen throughout the year. So, we must pray in sincerity and try to extract the maximum benefit from this Night of Grace and Grandeur.

-Supplications for the Month of Ramadhan 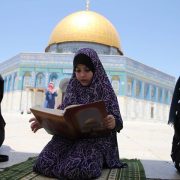 Pray at Dome of Rock in Ramadhan! (Photos) 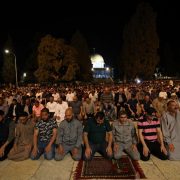