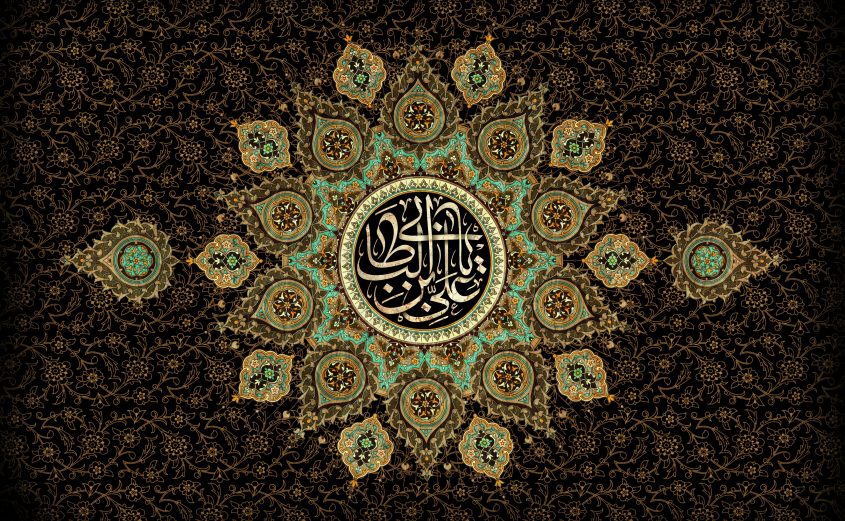 SHAFAQNA- After establishing the caliphate in Kufa, and appointing new and effective governors while removing the corrupt ones, everywhere people were speaking about Ali’s (AS) Caliphate except in one region: Syria. Syria was still under the influence and dominance of Muawiyah, who had made his oath of allegiance to the Imam conditional on being given those responsible for Uthman’s murder.

Clearly, this was a mere pretext for refusing to pledge allegiance so that, in the long run, Muawiyah would become the ruler of Syria, just as had happened during the reign of the previous two caliphs. However, his scheming stood in opposition to Ali’s (AS) virtue, and thus Muawiyah had to be dealt with head-on.

In the end, the Imam set off for Siffin to confront Muawiyah’s forces. When he reached the battle ground, he saw that Muawiyah had blocked access to the Euphrates in order to deprive Ali’s army of water. the Imam was worried for the thirst and dehydration of his soldiers. He delivered a short sermon then, in a sudden attack broke Muawiyah’s lines and took the control of the water source. However, he did not repeat what Muawiyah had done and allowed everyone access.

When the battle eventually began in earnest, the two sides engaged in some heavy fighting, but Ali’s soldiers were mainly the winners. In this situation, Amr ibn al-As, the keenest and most intelligent of Muawiyah’s subordinates, devised a plan in order to arouse dissension among the Imam’s army. On dawn of Tuesday 13th of the month Rabiʿ Al-Awwal, the Syrian army, under the command of Amr ibn Al-As lifted Qurans aloft on their spears, and even the huge Quran of Damascus was raised aloft by two soldiers on two spears. Then, all of them began to cry out unanimously that God alone will be the judge between the two armies.

The moving scene of the Qurans on the spear-heads, accompanied by the obliging moans and groans of the Sham’s soldiers greatly affected Ali’s army. As a result, the fighting men, who mere hours ago were on the verge of victory, acted as if they were under a spell, while only a few like Malik Al-Ashtar continued fighting. As a result of this ploy, Ali’s soldiers became averse to fighting, a fact which compelled him to reluctantly yield to their demands for peace negotiations. Accordingly, it was decided that two individuals, each from one side of the battle, go in a place far from the battle ground and decide over the confrontation of Ali and Muawiyah; however, regrettably, Abu Musa Al-Ashʿari, the representative Ali’s soldiers imposed on him, was deceived by Amr ibn Al-As, who had persuaded him that each of them should remove their the Imam and then a new one would be elected by the vote of the Muslims.

But, in practice, first, Abu Musa removed Ali, then, Amr ibn al-As, standing atop of the pulpit, announced: ‘Just as Abu Musa removed Ali, I appoint Muawiyah as the Caliph, just as I wear this ring.’ the Imam (AS) had not consented to this arbitration and was determined to continue the battle, yet the majority of the army was insisting on accepting the peace offer. At last, the Imam (AS) unwillingly accepted Muawiyah’s peace offer. It was now that those very same people who had been so insistent on accepting the peace proposal, thereafter, became the most obstinate opponents of Ali. This group is known as the Khawarij, with whom Ali later engaged in serious battles. When the Imam (AS) was informed of the results of Abu Musa’s and Amr ibn Al-As’ arbitration, he became furious and said: ‘Their judgment is unjust; it was supposed that they decide based on the Quran and the Prophet’s (PBUH) tradition.’

The ‘disobedient’ (Mariqin) refers to those who, in the Battle of Siffin, forced Imam Ali to accept Muawiyah’s offer of peace negotiations but, after a short while, changed their minds and demanded that Ali break the peace. However, Ali would not go back on his agreement without adequate reasons. Around Kufa, this group had already begun to cause trouble and attempt robbery. When he was making his preparations to go to Siffin, Imam Ali (AS) heard about their activities and some advised Ali to do away with this group before going to war against Muawiyah.

In the aftermath, after sending a series of messages to the Khawarij, the Imam personally went to them and delivered a sermon saying: ‘You were the ones who obliged me to accept that arbitration. And now you are the ones who reject the same arbitration!’

Finally, a battle between them and Ali’s army took place. Ali’s forces surrounded and attacked them. All but nine of the Khawarij were killed; two of whom escaped to Khorasan, two to Oman, two to Yemen, two to the Jazira of Iraq, and one to Tell Mozan in Syria. It is through these figures that the Khawarij would continue’ (Kashf Al-Ghamma, 1/267–70).

The Companions of the Imam (AS) thought that Khawarij had been utterly defeated, but Imam Ali (AS) told them:

‘By Allah (SWT)! No, not yet. They still exist in the loins of men and wombs of women. Whenever a chief would appear from among them, he would be cut down till the last of them would turn thieves and robbers.’ (Nahjul-Balagha, Sermon 60)

These three events, each of which require a book to be fully explained, mostly occupied the Imam, who was supposed to occupy the position of Caliph in order that his knowledge and teachings could be heard, instead of becoming embroiled in civil wars and and the suppression of rebel factions.

Major challenges during Imam Ali’s (AS) reign: Those who broke away

Over 150 Convert to Islam in Oman

Who is your friend? 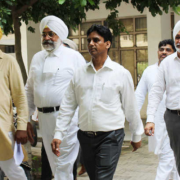 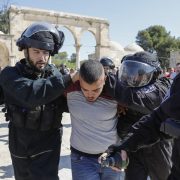