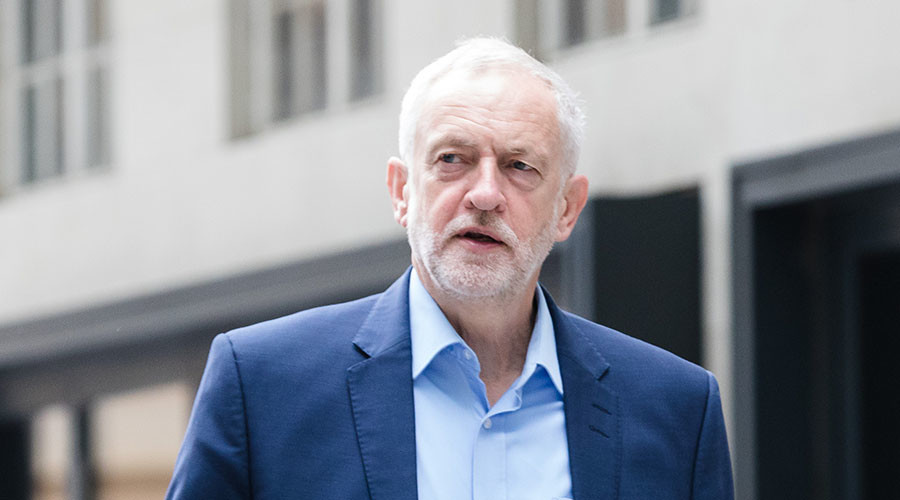 SHAFAQNA- Thousands of people have attended a demonstration outside Downing Street in London on Saturday to call for an end of the Israeli occupation and apartheid in occupied Palestine.

As part of the “Resist G7: Day of Action for International Justice” rally, demonstrators on Saturday marched towards Prime Minister Borris Johnson’s official residence in Downing Street, chanting and holding placards to protest Israel’s policies in the occupied Palestinian territory.

Pro-Palestine protesters called on the Group of Seven (G7) leaders meeting in southwest England to support Palestinian rights. The protesters demanded an end to what they said is complicity in Israel’s war crimes against the Palestinians by the United Kingdom and other G7 governments.

During the rally, former Labour leader Jeremy Corbyn addressed the crowd and called on the G7 to support Palestinian refugees and recognize the rights of Palestinian people. Corbyn said the issues faced by the people of Palestine should be acknowledged by the leaders.

During his speech, Corbyn said that the demands of pro-Palestine supporters are “clear”: “End the occupation of the West Bank, the withdrawal of all the settlements and an end to the siege of Gaza.”

He added that he was “proud” to include recognizing Palestine as a state in the 2019 Labour manifesto, concluding that “we must stand together for the freedom for the people of Palestine”, WAFA mentioned.

Corbyn said that “We are here to support the Palestinian people whether we are Jewish, Hindu, Muslim, Christian or no faith – our unity is a human unity.” He stated that the world is facing a “human rights crisis”, and called for the G7 to cease supporting “more arms and more wars” and instead “support the people who are up against it” and “to end the human rights abuses”, Express.co.uk reported.

“At today’s Justice For Palestine demonstration in London, I also called for a halt to arms sales,” Corbyn wrote on Twitter. “UK-made weapons are killing civilians – including children – in conflicts abroad. This must stop,” he said, ToysMatrix reported.

What happens to those who are directed by self-desires in life?

IUMS Secretary General: Engaging in anything that prevents us from Palestine is definitely prohibited

HRW: Israel’s siege of Gaza part of its apartheid

Israeli escalation against Palestinians and their sanctities