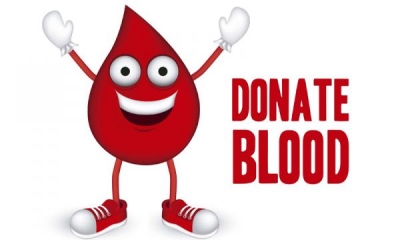 “Some people who claimed to be Muslims on that day took lives, so we’re giving our blood to save lives as Muslims,” said Mubarak Bashir who serves as the director of Faith Outreach.

It’s a part of the Muslims for Life Campaign, a nationwide initiative to honor the victims of 9/11 by Muslim communities across the country. This marks the fifth year of the blood drive at the Baitun Naseer Mosque on East Main Street. It’s one of the largest responses yet.

Each donation can help save the lives of three people. It’s also helping spread the word of true Islam. Muhammad Sulman said the terrorist attacks on 9/11 were false teachings of the religion.

“It’s not about killing or destroying anything. It’s about all of us saving lives. In that memory and teaching I’m obligated to give some blood and save some lives,“ said Sulman.

The blood drive is as much about saving lives, as it is about changing images.

“It’s just misconceptions thinking we’re bad people and they cause all this terror and we’re the ones behind it and honestly that’s not the case,” said Faraz Ahmed of Rochester. “We are good people, in good faith. We try our best to get the word out about the truth of humanity and the truth about Islam.“

Nationally, 40,000 units of blood have been collected, which would ultimately save the lives of about 100,000 people.

“Humanity is really our main concern and that we’re helping others,” said Bahir.