SHAFAQNA | by Mohammad Saeid Taheri Moosavi*: The Islamic school of economics is based on principles whose ultimate goal is to create justice in society, because the purpose of sending prophets is basically to guarantee justice by creating a comprehensive social system, including a justice-oriented economic system.
It is mentioned in the Holy Quran that:

“We have already sent Our messengers with clear evidences and sent down with them the Scripture and the balance that the people may maintain [their affairs] in justice.” (Quran 57:25)

Also, in verse 29 of Surah Al-A’raf (The Heights) it is stated that:

Therefore, the realization of economic justice is one of the characteristics of the Islamic economic system, which is based on other economic principles, some of which are: mixed system of private and public property, economic independence (job, trade and commerce), individual and systemic supervision on the activities of individuals and the issuance of economic jurisprudential rulings. In this context, the purpose of Islam in raising economic issues can be considered in several cases:

1. The development of the economy of the Islamic society for a comprehensive confrontation with the enemies of Islam, especially by relying on economic issues that have a special place among human beings.

2. Emphasis on the evolution of Islam, one of the aspects of which is economics and economic rules.

3. Emphasis on the principles of business and commerce for the health and well-being of individuals and groups, especially Muslim families, by resorting to healthy economic activities.

Regarding the last point, it should be said that as it appears from the text of the Holy Quran and the Hadiths of the Infallibles (A.S), although there is no doubt about the importance and necessity of economic issues in the Islamic society, however, the principle of religiosity and piety should not be sacrificed for economy and trade. In this regard, verse 37 of Surah An-Nur (The Light) says:

“[Are] men whom neither commerce nor sale distracts from the remembrance of Allah (SWT) and performance of prayer and giving of Zakah. They fear a Day in which the hearts and eyes will [fearfully] turn about.”

Islam, while paying attention to the freedom of human beings in their daily activities, including in the economic sector, warns them not to drown in material matters and to sacrifice moral and religious human relations for a small worldly gain. In this regard, we can refer to verses 6 and 7 of Surah Al-‘Alaq (The Clot), which warns that as soon as people consider themselves needless of God and others, they rebel and forget everything:

“No! [But] indeed, man transgresses. Because he sees himself self-sufficient.”

And also verse 46 of Surah Al-Kahf (The Cave) says:

“Wealth and children are [but] adornment of the worldly life. But the enduring good deeds are better to your Lord1 for reward and better for [one’s] hope.”

Moreover, an economy that is runaway from social solidarity and in which man thinks only of self-interest has been completely rejected from the Islamic point of view. In this regard, we can refer to verse 34 of Surah At-Tawbah (The Repentance), which says:

“And those who hoard gold and silver and spend it not in the way of Allah (SWT) – give them tidings of a painful punishment.”

Or in verses one to three of Surah Al-Humazah (The Traducer), God warns again that man’s wealth will never save him in that world, so he should think of a better baggage, which is the same as a sincere righteous deed:

“Woe to every scorner and mocker, Who collects wealth and [continuously] counts it. He thinks that his wealth will make him immortal.”

In response to these warnings, Islam emphasizes that if a person acts according to the Doctrinal and God-pleasing principles, God will bestow the blessings of the heavens and the earth on him:

“And if only the people of the cities had believed and feared Allah (SWT), We would have opened [i.e., bestowed] upon them blessings from the heaven and the earth.” (Quran 7:96).

Thus, the purpose of Islamic economics is to promote Islam and the word of Allah in the world so that the Islamic Ummah can stand by itself and establish justice among human beings and save human beings from the oppression of those with wealth and power.

It should also be noted here that expecting Islam to define a specific economic system as proposed by some economic thinkers is like expecting it to define a political system with a definite and immutable name. It is clear that for a religion that claims beyond time and space, this expectation is certainly illogical, because time and space are two building blocks in the development and evolution of human systems in all dimensions and providing a certain formula for governing different societies with different communities, different values ​​and religions for all places and times, is a mistake, because in the end the proposed system may decline and challenge Islam.

Therefore, it is natural for Islam to invent general and, of course, unique and innovative rules in all fields, including economics, so that it can open its place in different societies with different approaches. As we see today, the interest-free Islamic banking system has been able to take root in the heart of Europe and in Secular Societies, and in a century when many Westerners and Western – oriented people considered religious revival impossible, it was introduced to the Western world in the name of Islamic economics.

In addition, the nature of Islamic economics, the political system of Islam, etc., in general, while addressing very minor issues in all fields, and emphasizing the word of Islam in economics, politics, society, etc., is in fact proposing an economic, political, Social, etc. system which is unique in the religious context for all societies and all ages.

Peaceful settlement of disputes according to Islam 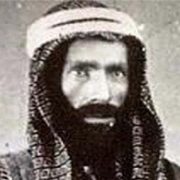 Rising above the cycle of violence in the US and Canada 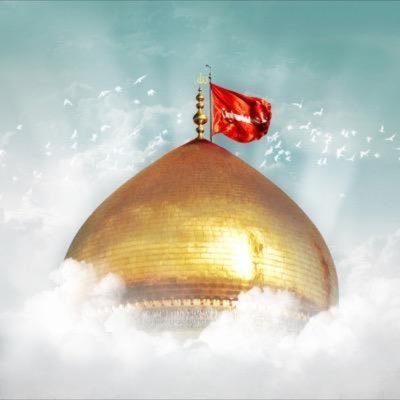 Was the movement of Karbala a political struggle?