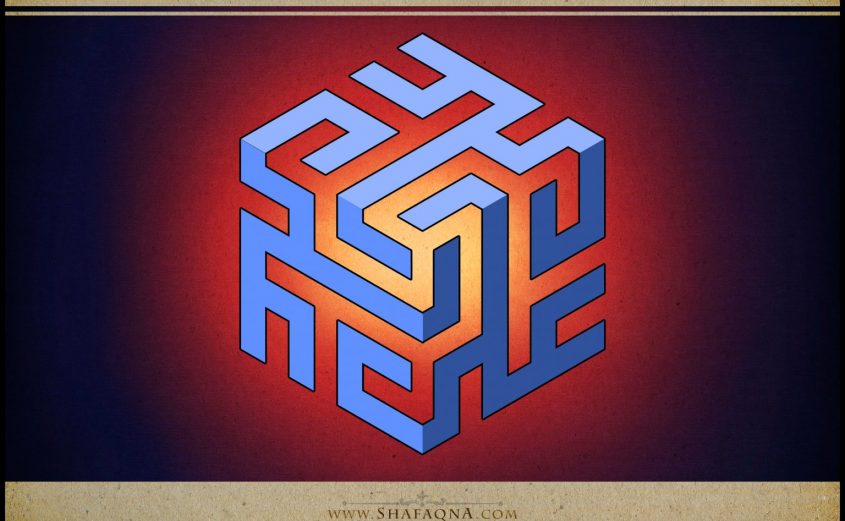 SHAFAQNA- During the reign of Ali (AS), the Shia cause advanced greatly as individuals loyal to Ali (AS) occupied the high and critical posts of state. However, after the Imam’s (AS) death, they experienced great hardship under the reign of Sufyanid and Marwanid Dynasties.[1] Had it not been for Divine Providence, the Shia would have surely become extinct as a result of the intense persecution and plotting directed against them. We will refer to a number of tragic events that took place during this period:

News of Imam Ali’s (AS) assassination in the Mosque by the poisoned sword of Abdal-Rahman ibn Muljam, delighted his enemies and grieved his allies. When Ayisha was informed of Ali’s (AS) death, she became extremely happy and recited the following verses:

‘She threw her stick as a sign of her stay, and stayed in the west,

Just as a traveller who is happy on his return.’

She asked about his murderer. They answered: ‘A man from the Murad tribe.’ After hearing this she composed the following lines: ‘Whoever brought news of someone’s death is among the most virtuous and shall not die.’ (Al-Kamil fil-Tarikh, 3/394)

Zainab ibn Abu Salama rebuked Ayisha and said: ‘How can you speak about Ali (AS) in this manner?’ Ayisha apologized and said: ‘Sometimes I forget.’ Muawiyah, likewise, became so delighted upon hearing the news of the Imam’s (AS) death that he then read these lines:

Tell the rabbits to roam freely,

And, tell the deer to graze without fear.

the Imam (AS) passed away two days after being mortally wounded. After the funeral procession in Kufa Mosque, Imam Hassan (AS) said in honour of his father:

‘Last night, a man passed away who had no precedent, and will not have any equal in the times to come. He was the one who, while fighting in the battlegrounds, had Gabriel (AS) on his right and Mikael (AS) on his left, as helpers!’

Ali (AS) died on the same night on which Moses (A.S) had died and Jesus (A.S) had ascended to heaven. His death coincides with the revelation of the Quran. It should be noted that he did not leave behind any gold or silver in his estate, all he left of worldly matters was 70 dirhams, with which he had the intention of employing a house helper for his family (Al-Kamil fil-Tarikh, 3/404).

After Ali’s (AS) death, people came to pledge allegiance to his son, Hassan (AS). Qays ibn Saʿd ibn Ubada was amongst the first to do so. Then, people came in large crowds and pledged allegiance to him. History has recorded that those 40,000 people who had taken an oath of loyalty to Ali (AS) and had prepared for the war against Muawiyah, renewed their oath to his son, Imam Hassan (AS).

As a result of a new series of machinations and plots, signs of frailty and weakness began to appear in Imam Hassan’s (AS) army. However, it must be noted that this was partly due to the fact that his army was not homogeneous. Only some were true Shia loyalists, others were members of the Khawarij, whose brethren had been slain in Nahrawan, others still were after wealth or position, and whether this came from Ali (AS) or Muawiyah did not make any difference. After an abortive campaign, the Imam found no alternative but to make peace with Muawiyah. It should be remembered that the peace terms were so arranged in a way that demonstrate the Imam’s spiritual and mental power, and his control over the situation at that time.

However, Muawiyah was not the one to respect the terms and conditions of the peace treaty. After making peace with Imam Hassan (AS), Muawiyah, stood atop a pulpit in the central mosque of Kufa and said: ‘By God! I have not battled against you to make you pray, fast, perform the Hajj, and pay Zakat, since all of you already do these. I have battled to rule over you, which is my divine right. Beware! I had given words and promises to Hassan ibn Ali (AS) that I have no intention of keeping.’

A government run by such people would not hesitate to kill the Companions of Ali. After Muawiyah’s return to Syria, the darkest days for the Shia began; whenever Muawiyah’s government located a leader of the Shia, they would either be martyred, or their house would be burned to the ground. The crimes of Muawiyah during the twenty years of his government were so many that they compelled Imam Hussain (AS) to write a letter rebuking him for his conduct.

Shia Islam: The meaning of Taqiyya / 14