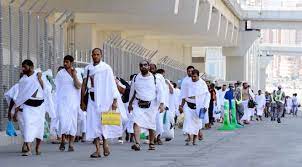 SHAFAQNA- Due to COVID-19, Saudi Arabia made sure to use its technical capabilities to provide special nano-Ihram clothing that is treated with silver nanofibers.

The silver nanofibers, developed by Saudi Inventor Hamad Bin Ali Al Yami is distinguished by its cotton fabric that prevents the reproduction of bacteria, and enhances preventive measures for the safety of pilgrims. Used for the second year in a row, the Nano-Ihram clothing dates back more than three years with the aim of limiting the transmission of infection among pilgrims, Aboutislam  told. Al Yami said they used the silver Nano-fibers in the fabric of Ihram as the metal was used in medicine in the past as an antiseptic for wounds, and as a purifier when placed in water vessels.

“What encouraged me most was that the Custodian of the Two Holy Mosques Institute for Hajj and Umrah Research conducted in 2008 an experiment that relied on nanotechnology in the manufacture of anti-bacterial, anti-fungal and anti-viral materials to purify the carpets in the Two Holy Mosques and the covering of the Kaaba, which showed a decrease in microbial growth,” Al Yami said.

Ihram, a special white clothing for pilgrims, is one of the prerequisites of Hajj. Every Muslim man and woman has to wear it from the point of Miqat, which is predetermined for all Hajj pilgrims traveling from different countries.

The Day of Arafah

Reaction of Masjid Al-Haram Custodianship to Israeli Journalist entry into Mecca: Sanctity of two holy shrines is a red line

MEM: Iran says talks with Saudis to advance from security to political level