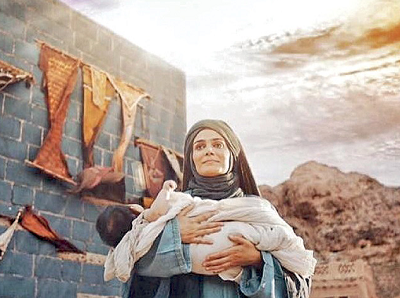 SHAFAQNA- The short film “Naba Al-Sama” (The Tale Of The Heavens), which is being circulated in cyberspace these days and has been considered by filmmakers in terms of production techniques, has been produced by Abbas Yousefi, a young Iranian-Kuwaiti director.

This short film is based on the life of Imam Ali (AS), which narrates the story of his birth to the story of Ghadir (his guardianship) with very interesting scenes in three minutes. Making this film in Arabic has caused it to be widely shown on various television channels in the Persian Gulf countries.

Abbas Yousefi was born to Iranian parents in Damascus in 1986 and has lived in Kuwait and other Persian Gulf countries. As a director and independent producer, he has worked with some Kuwaiti television channels, including Al-Rai and Al-Watan, in the production of TV series, religious music videos, and commercials.

Video: The first to become Muslim

[Video] The Final Days of Ali (AS) With The Prophet (PBUH)

[Video] The Day of Ghadeer

Hadith Graph: “The best part of asceticism is to conceal it”