SHAFAQNA- Muslims around the world have marked Eid Al-Adha holiday in the shadow of the pandemic. Eid Al-Adha, or the “Feast of Sacrifice,” is typically marked by communal prayers, large social gatherings, slaughtering of livestock and giving meat to the needy. This year, the holiday comes as many countries battle the delta variant first identified in India, prompting some to impose new restrictions or appeal for people to avoid congregating and follow safety protocols.

In Malaysia, measures have been tightened after a sharp spike in infections despite a national lockdown since June 1. People are banned from travelling back to their hometowns or crossing districts to celebrate. House visits and customary trips to graveyards are also banned. Healthy worshippers are allowed to gather for prayers in Mosques, with strict social distancing and no physical contact. Ritual animal sacrifice is limited to mosques and other approved areas.

Muslims across Indonesia marked a grim Eid Al-Adha festival for a second year on Tuesday as the country struggles to cope with a devastating new wave of coronavirus cases. In response to the new wave, the government had banned large gatherings and toughened travel restrictions. Religious leaders have also urged the faithful to pray inside their homes and children were told to not go out to meet friends. On Tuesday, the Eid Al-Adha celebrations in Jakarta were quieter than ever, as many families in the capital decided to stay at home. Most are praying inside their houses, and greeting their relatives and families by calling them on the phone, according to The Guardian.

In Uzbekistan, the region’s most-populous nation of 32 million, people marked the holiday on July 20 at homes as public celebrations and collective prayers at mosques were forbidden. In Kazakhstan, where all public celebrations of the holiday were also banned, the government created a website via which people could pay for the slaughtering of an animal they chose online and the consequent distribution of meat among the people, groups, or mosques they chose. The site also allows people in need to ask for free meat, Radio Free Europe/Radio Liberty reported.

People in Oman are celebrating Eid Al-Adha on Tuesday amid strict restrictions imposed due to the coronavirus disease. The government has imposed a strict lockdown starting July 20 till July 24 due to the growing number of daily deaths and infections. All commercial activities, public Eid prayers, traditional Eid market activities, travel and family reunions during the lockdown period have also been restricted by the Oman Supreme Committee, Hindustan Times mentioned.

India’s Muslim scholars have been urging people to exercise restraint and adhere to health protocols. Some states have restricted large gatherings and are asking people to observe the holiday at home, CBC reported. Lockdowns will severely curtail Eid Al-Adha festivities in Sydney and Melbourne, Australia’s two largest cities. Sydney resident Jihad Dib, a New South Wales state government lawmaker, said the city’s Muslims were sad but understood why they would be confined to their homes with no visitors allowed.

Iran on Monday imposed a week-long lockdown on the capital, Tehran, and the surrounding region as the country struggles with another surge in the coronavirus pandemic, state media reported. The lockdown begins on Tuesday. In occupied East Jerusalem, the Islamic Waqf estimated that 100,000 worshippers prayed at Al-Aqsa Mosque to mark the first day of the holiday, according to AlJazeera. Muslims in England were able to pray shoulder to shoulder for the first time since the start of the pandemic after social distancing restrictions were eased just in time for the start of Eid Al-Adha.

At 10:30 a.m. Tuesday hundreds from the London community gathered at Western University for a prayer service to celebrate the start of the Muslim holiday, Eid Al-Adha. This year it was held outdoors to promote physical distancing, and participants were encouraged to wear their masks, CTV News London mentioned.

In Birmingham, the annual Eid celebration in Small Heath Park which usually attracts up to 60,000 people was cancelled again, with organisers Green Lane Masjid instead hosting four separate congregational prayers onsite and one outdoor event for 500 people. 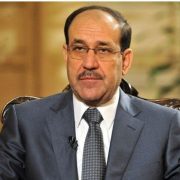 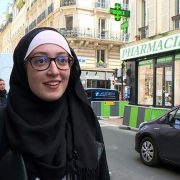 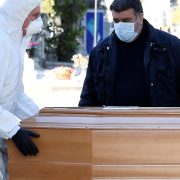 Muslims in Italy struggle to bury victims of the pandemic 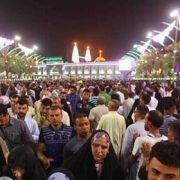 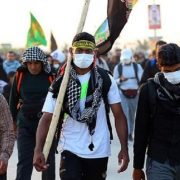