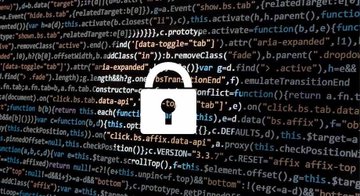 SHAFAQNA – The UN’s Human Rights Chief on Monday (19/07/2021) said the apparent widespread use of (Israeli) Pegasus Spy Software to illegally undermine the rights of those under surveillance, including journalists and politicians, was “extremely alarming”. “Various parts of the UN Human Rights system, including my own Office, have repeatedly raised serious concerns about the dangers of authorities using surveillance tools from a variety of sources supposed to promote public safety in order to hack the phones and computers of people conducting legitimate journalistic activities, monitoring human rights or expressing dissent or political opposition”, said High Commissioner Michelle Bachelet in a statement.

The Pegasus malware infects electronic devices, enabling operators of the tool to obtain messages, photos and emails, record calls, and even activate microphones, according to the consortium’s reporting. The leak contains a list of more than 50,000 phone numbers which reportedly belong to those identified as people of interest, by clients of the company behind Pegasus, including some governments.

Spy software has been linked to the arrest, intimidation and even killing of journalists and human rights defenders, according to the senior UN official.   Reports of surveillance also trigger fear and cause people to censor themselves.    “Journalists and human rights defenders play an indispensable role in our societies, and when they are silenced, we all suffer”, she said, reminding all States that surveillance measures can only be justified in narrowly defined circumstances when necessary and proportional to a legitimate goal. Israeli Pegasus Spyware, “as well as that created by Candiru and others, enable extremely deep intrusions into people’s devices, resulting in insights into all aspects of their lives”, the UN rights chief underscored.