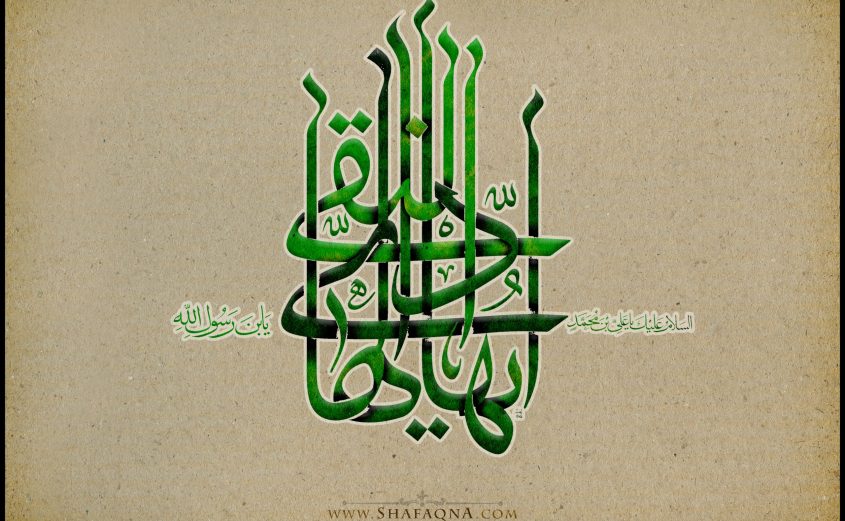 SHAFAQNA- Imam Ali Al-Naqi (AS), the tenth Shia Imam, was born in 827 AD (Mufid, Irshad; Kashf Al-Ghamma) and died in 868 AD. His teknonym was Abu Al-Ḥassan, and his epithet, Al-Hadi (‘The Guide’). He served as the Imam for 33 years in which he faced six Abbasid caliphs:

Imam Al-Hadi (AS) was poisoned on the orders of Muʿtazz and buried in his own home. Due to historical crises and the destruction of evidence by unjust persons, there is scan information about the political life of the later Imams. In particular, the political activities of the tenth and eleventh Imams are vaguer than others due to this lack of evidence. What evidence we have suggests that they were both kept under house arrest in the new Abbasid capital and military encampment in Samarra. When Mutasim was in power, slaves, Turks, Berbers and Byzantines caused problems for the people of Baghdad. The Caliph had to move its army to another point and he constructed Samarra as the new base of caliphate in 220 AH (Tarikh Al-Kulafa).

The people were relieved that the caliphate had shifted from Baghdad to Samarra, but the Caliphs were undermined their generals who were no longer obedient to them. These had become so powerful that they could easily dismiss any Caliph and install another one. They were even ready to kill any Caliph. As well as the six aforementioned caliphs, two other caliphs – Muhtadi and Mutamid – also ruled in Samarra. But in the face of Berbers, Turks and Byzantines, they had to move back to Baghdad. Samarra was a sprawl of some 50 kilometres when it served as the capital and it was one of the most beautiful cities in the world. However, after the capital shifted back to Baghdad, Samarra fell into ruin and disrepair. (Tarikh Samarra’)

Features of Imam Al-Hadi’s (AS) era

During this period, the Abbasid caliphate is distinguished by the following features:

Degradation of the caliphate: The caliphate, both under Umayyad and Abbasid reign, had built itself a glorious image. But it lost its status following the dominance of Turks, slaves and Byzantines over the caliphate. The Caliph had become a decorative post as he exercised little or no authority.

Revelry: The Abbasid caliphs organized soirées in which they frequently got drunk. The court had plunged into corruption. History books have recorded details of these night parties. The Caliph Mutawakkil invited Imam Al-Hadi (AS) to a feast and offered him wine. But the Imam (AS) recited poems for the revellers that made them cry and leave the event.

Emergence of Alid Movements: The Abbasid caliphate had embarked on a smear campaign against the Prophet’s (PBUH) Household in order to incite hatred against them and it did not miss an opportunity to suppress pro-Alid sentiments. The caliphate was vulnerable and afraid of these movements. These movements did not mention the name of any leader in particular, but rather raised the slogan of the Prophet’s Household in general. The Shia Imams were held in a military base in Samarra and any mention of their names would have ended in their death. The following movements had gathered under the umbrella of the Prophet’s (BUH) Household:

Muhammad ibn Qasim Alawi: He rose up in Taliqan against Mutasim. He was arrested in 219 AH by Abdullah Tahir.

Yahya bin Umar Alawi: He rose up from Kufa in 250 AH. He seized the public treasury and released prisoners, but his movement was defeated and he was hanged.

Muhammad bin Jaʿfar Alawi: He revolted in Khorasan in 251 AH.

These movements along with nearly 14 others are specific to that period of caliphate. The movement leaders rose up against the caliphs and many of them paid for this with their lives. The number of detainees and those who were sent into exile is much more than in previous eras. The historian Mas’udi has mentioned more details in his book, Muruj Al-Dhahab. These movements reveal the tough pressure on the Islamic community of that time.

The politics of the tenth Imam’s (AS) time

Imam al-Hadi’s life coincided with the reign of six Abbasid caliphs. Two of them in particular were much more ruthless than others in their repression of supporters of the Prophet’s Household. They were Mutawakkil and Muʿtazz. Mutawakkil came to power in 232 AH. (Tarikh Al-Kulafa’) He feared the Alids and was convinced that their movements were in support of Imam Al-Hadi (AS). The Caliph decided to follow the example of his predecessors and summoned Imam Al-Hadi (AS) from Medina to Samarra. In that way, he could exercise control over the Imam. The presence of the Imam in Media posed a great threat to the security of the Abbasid caliphate. Mutawakkil wrote a letter to Imam Al-Hadi in 234 AH and ordered one of his associates, Yahya ibn Harthama, to take the Imam (AS) to Samarra. (Manaqib)

‘When I arrived in Medina, people started protesting because they knew I was there to do something against the Imam. I swore to them I will do nothing to harm him. I searched the Imam’s home and I found nothing but Quran and prayers manuals,’ Yahya says.
These remarks show the extent to which people cared for the Imam (AS), who finally made the journey to Samarra with his son.
Yahya never disrespected the Imam on his way to the caliphal capital. When the Imam arrived in Samarra, Caliph Mutawakkil refused to receive him and ordered that he stay in a caravanserai of the poor.

Inviting the Imam to Samarra and accommodating him near a military base provided Mutawakkil with a chance to destroy the tomb of Imam Hussain and the surrounding houses and make them into farmlands. People in Baghdad got very angry and they scrawled strongly-worded and abusive slogans against the caliph on the walls of the city. Poems were also recited on that issue. One of them was as follows: ‘The Umayyad family killed the Prophet’s grandchild; the Prophet’s (PBUH) cousins destroyed his tomb. They regretted they had not been involved in his murder so they ruined his memory instead.’ (Tarikh Al-Kulafaʾ)

Mutawakkil was afraid of the personality of the Imam. Imam Al-Hadi (AS) was held near his military base, but he still could not tolerate his continued existence. The Caliph ordered his agents one night to ransack the Imam’s (AS) house and take him to the court. When the agents entered the Imam’s residence they found him praying. The agents took the Imam in the middle of his prayers to the Caliph who was drinking. The Caliph offered the Imam (AS) to drink. The Imam said: ‘My flesh and blood have never been contaminated with wine.’ Then Mutawakkil asked him to recite poems. The Imam said: ‘I don’t remember too many.’ The Caliph insisted the Imam (AS) recited the following verses:

‘They settled upon the mountains protected by armed men, but none of this spared them death,
They were taken down from the summits of dignity to the depths of their graves,
Those who descended into this dark house were asked where their crowns and adornments had gone.
Where are those faces that did not see any searing sun and were always in safety?
Their tomb said: These faces have become the home of insects and worms.
They ate and drank for a long time, but now they are food for insects and worms.
They built houses to live in protection, but they left these houses and families.
They stocked treasures which fell into hands of enemies after their death.
Their houses and palaces were reduced to rubble and their residents were put in graves.’
When the Imam finished these lines, Mutawakkil wept, and so did other guests. Wine was removed and Mutawakkil returned the Imam (AS) to his residence. (Muruj Al-Dhahab)

Imam Al-Hadi used to show deference to Mutawakkil in all their encounters and always supported the righteousness of the path of his ancestors. That explained Mutawakkil’s determination to hold him in Samarra. Mutawakkil’s enmity with the family of the Prophet (PBUH) can be seen in Mutawakkil’s killing of the Scholar Ibn Al-Sakit for his love for Hassan and Hussain. The scholar used to teach Arabic to Mutawakkil’s two children. One day, he asked him: ‘Who do you love more: My two children or Hassan and Hussain?’ Al-Sakit replied frankly: ‘I even love Qanbar, Ali’s (AS) servant, more than your two children, not to mention the two grandchildren of the messenger of God (PBUH).’ Mutawakkil was infuriated and ordered his agents to pummel him to death. There were even reports that his tongue had been cut out. (Al-Kulafaʾ)

Mutawakkil was killed in 247 AH at a night party in a plot designed by his own son Muntasir. His minister Fath ibn Khaqan was killed at the same time. Mutawakkil was succeeded by Muntasir and Mustaʿin. Both were more reasonable to some extent. However, when Muʿtazz, who was Mutawakkil’s son, came to power in 252 AH, he poisoned Imam Al-Hadi (AS). The Imam (AS) was buried in his own residence in Samarra. 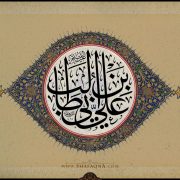 Why did Imam Ali (A.S) not resort to force? 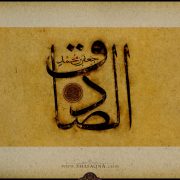 The Scientific And Political Life of Imam Al-Sadiq (A.S) 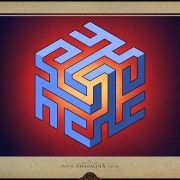 Challenges of Shia Muslims after martyrdom of Imam Ali (A.S)

Shia Islam: The Righteousness of the Prophet’s Companions /19 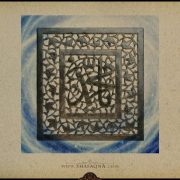