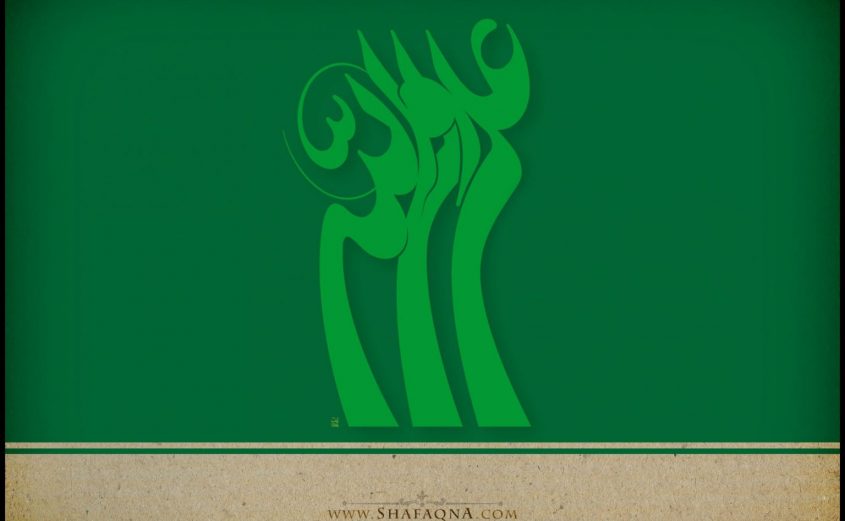 SHAFAQNA- The sacred event of Al-Ghadir is the continuation of the Prophet’s (PBUH) mission and the torch-bearer of monotheism. The essence of Eid Al-Ghadir Khumm belongs to all Muslims and all those who care about the welfare of humanity. The Prophet of Islam (PBUH) announced one of the most important commandments of Islam, which he was informed of by angel Gabriel, on this great day. This decree completed his duty as a messenger and the religion of Islam.

This decree was to appoint the Leader of Faithful, Imam Ali (A.S) as his rightful successor. By doing so, the Prophet (PBUH) made Imam Ali ibn Abi Talib (A.S) the Captain of the Ship of Islam, and no other man was worthy of such a position. This is why all those who love the successor of the Prophet gather on this day to celebrate his appointment. The Muslims across various parts of the globe mark the Eid Al-Ghadir, celebrating the occasion of Prophet Mohammad (PBUH) appointing Imam Ali (PBUH) as his successor.

Eid Al-Ghadir is also known as Eid Al-Akbar (the greatest Eid) in Islamic narrations, since Muslims believe that the mission of all the previous messengers of Allah (SWT) became accomplished on this day. Ghadir tradition is one of the conclusive evidences for the immediate Guardianship and Caliphate of Ali (A.S) after the Prophet (PBUH), and the researchers render a special importance to it.

Ghadir is a territory between Mecca and Medina, near Juhfah, which is 200 km far from Mecca. It is a cross road, where the pilgrims of different parts separate from each other:

It is an abandoned area, but once it was the witness of one the greatest events in the Islamic history, that is, the day of appointment of Imam Ali (A.S) as the successor of Prophet (PBUH) (on eighteenth of Dhul-hijjah, 10th AH/631 AD). Although for political purposes, the caliphs have tried to erase the memory of this great historical event, and now too, some of the fanatic individuals try to disappear or make it fade for some reasons, nevertheless, the dimensions of this event is too extensive in history, tradition and Arab literature, to be erased, covered or forgotten.

The “Farewell pilgrimage” ceremony was completed in the last month of the 10th AH. The Muslims learned pilgrimage activities from the Prophet (PBUH), and then, Prophet (PBUH) decided to leave Mecca to Medina. He instructed for departure. When the caravan reached an area called “Rabegh”, Gabriel, the inspiration angel, revealed in a point called “Ghadir Khumm”, and addressed the Prophet (PBUH) with the following verse:

O Messenger! proclaim the (message) which hath been sent to thee from thy Lord. If thou didst not, thou wouldst not have fulfilled and proclaimed God’s mission. And Allah (SWT) will defend thee from men (who mean mischief). (Quran 5:67)

The tone of verse indicates that God has assigned Prophet (PBUH) a critical mission, which equals with his prophetic mission, and caused despair of the Islam enemies. Therefore, he ordered to stop. Those who were ahead of caravan, stopped, and those who were at the back of caravan, joined them. At noon, it was very hot, and a group of people put a part of their mantle on their head and a part under their foot. A shading was made for the Prophet (PBUH) through casting a veil on the tree. He sat on the high point, formed by the camel saddle, and he delivered a sermon with a loud voice, the extract of which follows.

A part of Prophet’s (PBUH) sermon in Ghadir Khumm:

Praise belongs to God. We seek help from God, and believe in God, and trust in God. We turn to God for our evil and unrighteous deeds. The Lord, saves whom there is no guide. Whoever is guided by God, there will be no deviator for him/her. I testify that there is no God but Allah (SWT), and Mohammad (PBUH) is his servant and prophet of God. O’ people! Soon, I will die, and leave you. I am responsible and you too! Then he added: What do you think about me!? (Have I fulfilled my responsibility against you?)

The crowd all said: We testify that you have accomplished your prophetic mission, and endeavoured. God may grant you good rewards. The Prophet (PBUH) said: Do you testify that the Lord of world is one, and Mohammad (PBUH) is God’s servant and prophet of God, and there is no doubt about paradise, hell, the everlasting life in the other world? All replied: Yes, that is right. We testify! He added: O’ people, I leave among you two precious things. I shall see how you treat with my two heritage?!

One stood up and asked loudly: What are these two precious things?!

Prophet (PBUH) said: One is divine book (the holy Quran), one side of which is in the powerful hand of God, and the other is with you. And the next is my Household/Ahlul Bayt (AS). God has informed me that these two will never separate! Beware, O’ People, do not surpass Quran and my Ahlul Bayt (AS). Do not fail to follow both of them. Otherwise, you will perish!

Then, he took Imam Ali’s hand (A.S), and raised it too high that the armpit of both of them was seen by the people, and introduced him to the people.

He asked: Who is more authorized and rightful to the believers than themselves?

All replied: God and God’s Messenger are more aware. The Prophet (PBUH) said:

God is my Master and I am the master of believers, and I am more authorized and rightful than themselves! Beware, O’ People!

The Prophet (PBUH) repeated this phrase for three times to avoid any future mistake!

Ghadir is not only designed to reflect a specific divine day but also it highlights a course of history. The Wise God has willed the Ghadir historical event to remain in all ages and centuries, as a live history, attracting the hearts and minds, and the Islamic writers to discuss it in the commentary, history, tradition and theology books, and the religious orators to deliver lectures about it, and call it one of the undeniable virtues of Imam Ali (A.S). Not only the orators and lecturers, but also the poets too have been suggested by this event, and have lighted their literary talent through thinking and reflection on it, as well as increasing their loyalty to the owner of guardianship. They have left the best poems in different forms and various languages.

(1)  Have a Ghusl (ablution), put on new or clean clothes and apply perfume.

(5) We can give expression to our joy and happiness in whatever manner available or suitable to us keeping in view the life style the tenets of Islam. It is highly desirable to make the faithful (Moomineen) happy to do favours to relatives, to give gifts, and invite friends and relatives to eat meals together, and above all to send greetings to the Prophet Muhammad (PBUH) and Imam Ali (A.S) as many times as possible.

(7) At the time of meeting with the brothers-in-faith say the following:

Praise be to Allah (SWT), who blessed us to be among -those who cling and hold to the “Wilayaat” (love, friendship and authority) of Ameer Al-Momineen (AS) and all the Imams (peace be on them all). 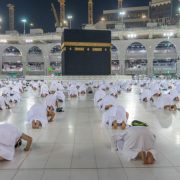 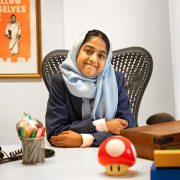 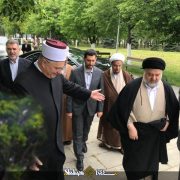 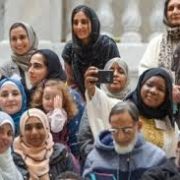