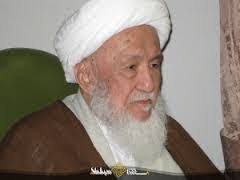 SHAFAQNA – The Grand Ayatollah Fayyaz answered a question about Khoms.

Question: Can objects and devices (such as radio, television, etc.) also be given to Seyyeds as Khoms?

The Grand Ayatollah Fayyaz: The owner is free to pay own religious right of whatever the Khoms is supposed to be paid from (products, crops or others) or in cash. But if he wants to pay Khoms from other goods, must obtain permission from the religious authority (Hakim Shar’a).