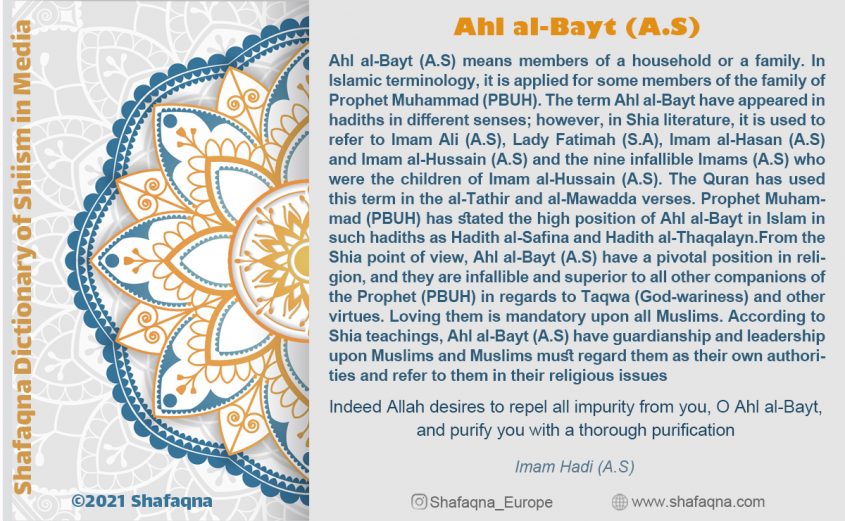 SHAFAQNA- Shafaqna Dictionary of Shia Islam in Media is a multilingual collection of Shia Graphs that explain the words used in Shia News and Shia Media.

Ahlul-Bayt (A.S) means members of a household or a family. In Islamic terminology, it is applied for some members of the family of Prophet Muhammad (PBUH). The term Ahlul-Bayt have appeared in Hadiths in different senses; however, in Shia literature, it is used to refer to Imam Ali (A.S), Lady Fatimah (S.A), Imam Al-Hassan (A.S) and Imam Al-Hussain (A.S) and the nine infallible Imams (A.S) who are the children of Imam Al-Hussain (A.S). The Quran has used this term in the Al-Tat’hir and Al-Mawadda Ayahs. The Prophet Muhammad (PBUH) has stated the high position of Ahlul-Bayt (AS) in Islam in Hadiths such as Hadith Al-Safina and Hadith Al-Thaqalayn.

From the Shia point of view, Ahlul-Bayt (A.S) have a pivotal position in religion, and they are infallible and superior to all other companions of the Prophet (PBUH) in regards to Taqwa (piety) and other virtues. Loving them is mandatory upon all Muslims. According to Shia teachings, Ahlul-Bayt (A.S) have guardianship and leadership upon Muslims and Muslims must regard them as their own authorities and refer to them in their religious issues.

“Indeed Allah (SWT) desires to repel all impurity from you, O’ Ahlul-Bayt, and purify you with a thorough purification.” (Quran 33:33) 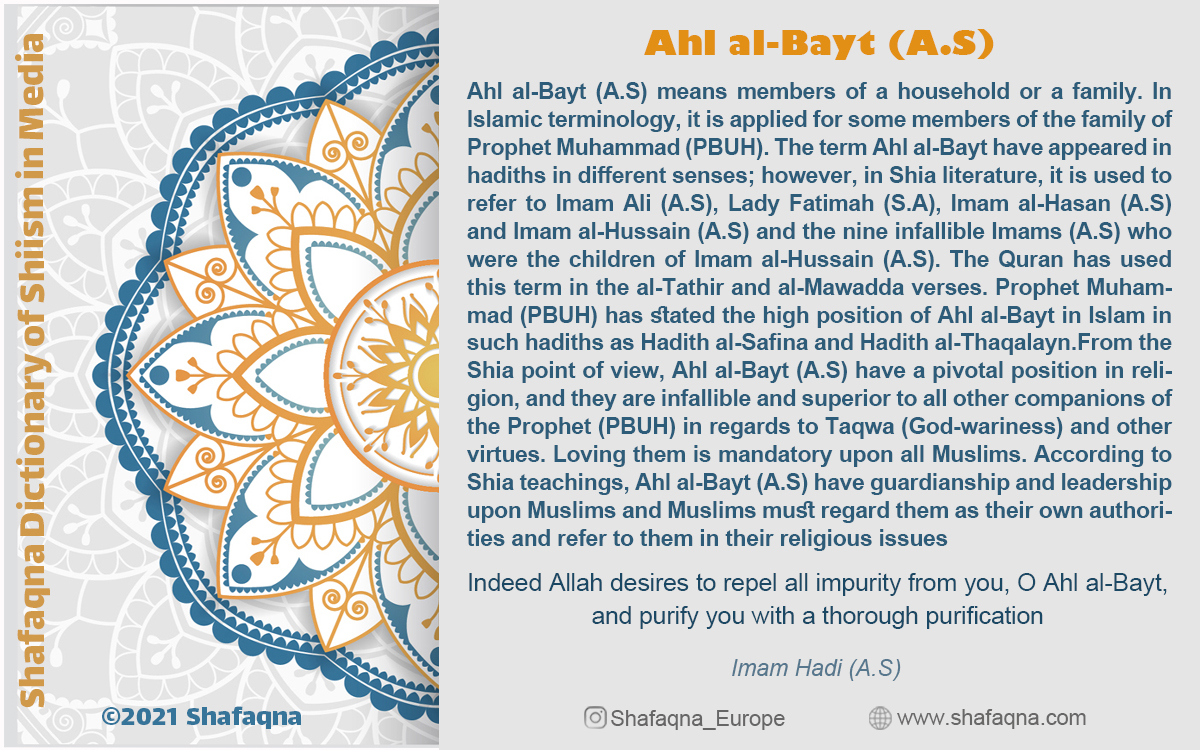 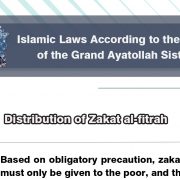 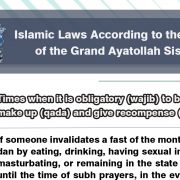 Islamic Laws on fasting: Times for Qadha fasting and Kaffarah 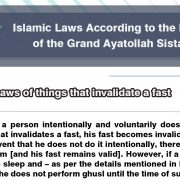 Islamic Laws on fasting: Laws of things that invalidate a fast 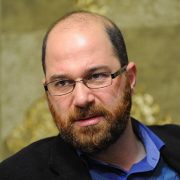