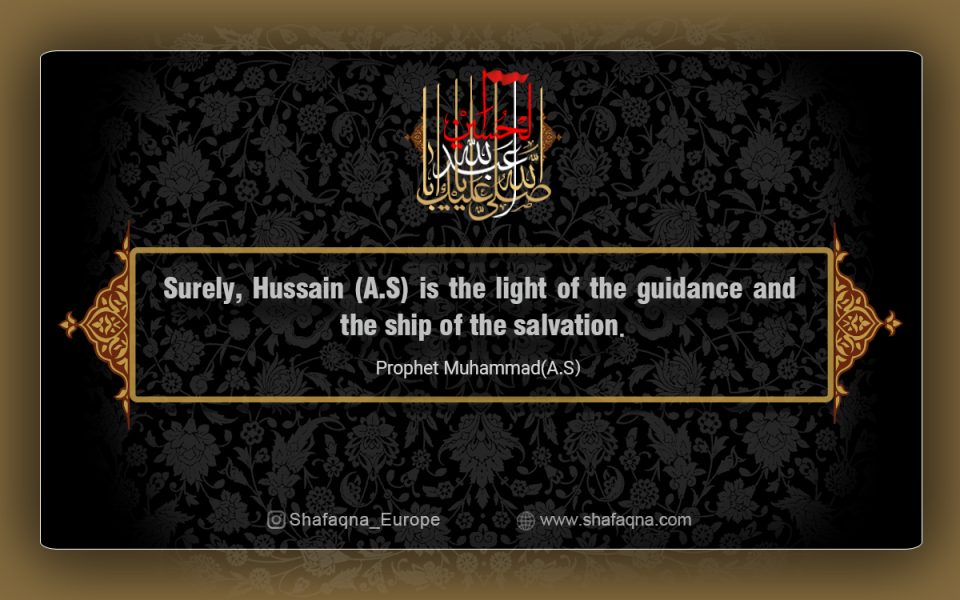 SHAFAQNA | by Dr Chris Hewer: Imam Hussain [AS] decided that he could not give an oath of allegiance to a tyrant. At the same time, he did not want to provoke Yazid as this might lead to wholesale bloodshed. He decided to move himself and his family to Mecca. Surely, he thought, Yazid’s agents will respect the holy city. Tyrants rule by oppression and fear. There were many ordinary Muslims who supported Hussain [AS] but they were afraid to speak out for fear of Yazid and his men.

Just at this time, a message reached Hussain from the city of Kufa in Iraq. This was the city in which Ali [AS] had lived before his death and in which he died. They had supported both Ali [AS] and Hasan [AS] but they could not be relied upon. They blew hot and cold in their support for the Imams. They asked Hussain [AS] to come to them and guide them on the right path. They promised their support but could they be trusted? Hussain sent one of his advisers to go to Kufa to find out how things stood. Yazid knew that there was unrest and appointed a tough governor for Kufa to stamp out any support for Hussain [AS]. In the end, Hussain’s adviser was killed and the people of Kufa went back on their invitation for fear of the governor.
Nevertheless Hussain [AS] set out to go to Kufa.

“They need me,” he said, “I have a duty that must be done.” He did not want to see bloodshed in the holy city of Mecca and had heard that Yazid’s agents were on their way to demand the oath of allegiance from him. He set out with his family and a few dozen armed men plus their wives and children. They were shadowed on their way by a group of soldiers led by a man called Al-Hurr. Their orders were not to allow Hussain [AS] to turn back or to visit any of the towns and villages along the route. They were to shepherd them towards the city of Kufa and keep watch over them.

An incident is recorded when Hurr and his men rode into Hussain’s (AS) camp. They had been days in the desert and were thirsty. Hussain [A.S] noticed the state of the men and gave orders that they and their horses were to be given water to drink from the store gathered by Hussain’s followers. This act of kindness touched Hurr and caused him to think, as we will see later. When the time of prayer came round, both groups of people, Hussain’s party and the shadowing soldiers lined up for prayer as one congregation with Hussain [AS] acting as prayer leader.

The pressure on Hussain’s followers in Kufa built up and some escaped the city to join Hussain [AS] in the desert. His party now numbered seventy-two men plus the women and children. Orders came to prevent them going towards Kufa but instead to direct them towards the plain of Karbala. Hussain [AS] refused any suggestion that he should make an escape to the hills but rather preferred to stay and do his duty. Once they reached Karbala, the opposing army surrounded them and cut them off on every side. They were even prevented from going to the river to fetch water.

Video: Sikh Barrister on learning from Imam Hussain (AS)