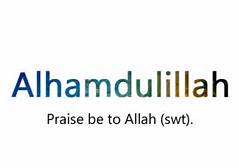 SHAFAQNA – One of the secrets of the universe which has been explained to the human being by the prophets of Allah (SWT) especially Prophet Noah/Nuh (AS) is to benefit from repentance as the factor for repelling calamities as well as attaining welfare. Meaning, repentance as asking forgiveness from God is one of Divine Secrets that Prophet Noah (AS) has informed his Ummah (nation/tribe) as mentioned in Ayahs 3 to 7 of Surah Nuh: “That you should worship Allah (SWT), fear and obey God. So God may forgive your sins and grant you respite for a stated term; for when the term given by Allah (SWT) is accomplished, it cannot be put forward, if you only knew. He said: O’ my Lord, I (Nuh) have called to my people night and day; but my call only increases their flight (from the Right). And every time I have called them that God might forgive them, they have (only) thrust their fingers into their ears, covered themselves up with their garments, grown obstinate, and given themselves up to arrogance.”

Therefore, as mentioned in above Ayahs, by worshipping God and having Divine Piety and Obedience, the human being can attain Divine Forgiveness and delay the time of death. The secret of creation is that only by repentance God will provide conditions for the human being to establish connection with Ghaffar (Forgiver) and benefit from that Divine Name; and not only the sins are forgiven but also Divine Blessings are granted to the person who repented as mentioned in Ayahs 9 to 12 of Surah Nuh: “Further I have spoken to them in public and in private, saying: Ask forgiveness from your Lord; for God is Oft-Forgiving, God will send rain to you in abundance, Give you increase in wealth and sons/children, and bestow on you gardens and bestow on you rivers (of flowing water).”