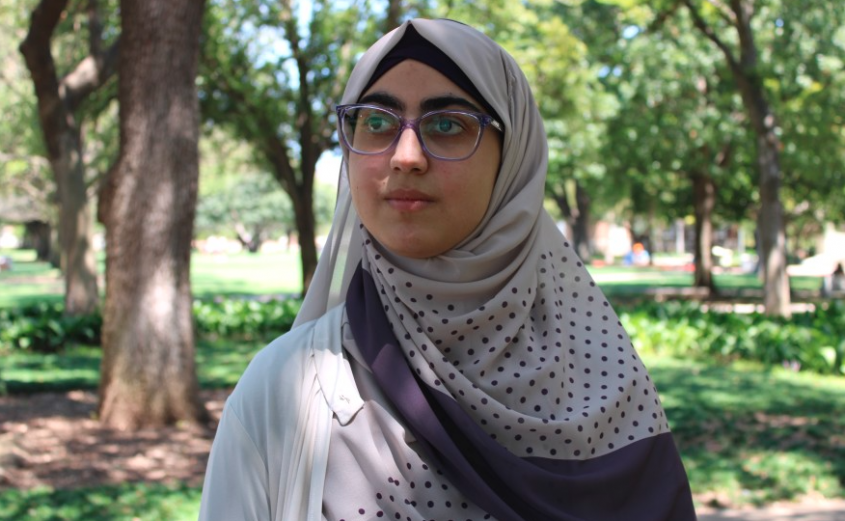 SHAFAQNA- Despite not being old enough to have seen the Twin Towers fall, Dallas native Razan Bayan says the event shaped her upbringing. When 9/11 happened, Razan Bayan wasn’t even born. Bayan first learned about the event when she was about 4 years old. She recalls watching a TV show with her mother, curious to know what it was about.

“She told me, ‘A few years ago, there were some really bad people who crashed these planes into a building and killed a lot of people,’” she said. “‘And because they were Muslim, everyone blames us for it now.’” Like other young American Muslims, Bayan’s had to learn about 9/11 through her family, community and school. Starting from a young age, she’s been warned about the prejudice and discrimination she’d face.

Bayan attended Islamic schools while growing up in Dallas. When she was in second or third grade, she remembers her teacher sitting the class down. “I’ll never forget this. She told us ‘throughout the history of America, there have always been people who have been hated — like Black people, Jewish people — and right now it’s us,’ Bayan recalled. “We’re the target — it’s Muslims. That was so crazy to hear, like seven or eight years old. It scared me really bad.” She said the idea of being singled out stayed in her mind. “I literally imagined as a kid, a little target on my back,” Bayan said.

‘I’ve Been Called A Terrorist Online’

Today, young Muslims have the added burden of navigating Islamophobia online. Bayan says she often has to step away from Instagram and Twitter.

“When people talk about Islamophobic attacks, they’re thinking of girls getting their hijabs ripped off, mosques being vandalized. Of course, that stuff happens,” Bayan said. “But Islamophobia on the Internet: I’ve been told that the Quran says my husband can beat me, that I’m brainwashed into wearing hijab, that I don’t know but I’m actually like oppressed. I’ve been called a terrorist online.”

She said being intentional about who she engages with online is one thing she does to preserve her mental health. “I have blocked a lot of people I disagree with,” she said. “People act like blocking is like a death sentence. If someone even is just annoying, I can just block, why would I want to see that?” Bayan also follows accounts that make her feel safe, like an Instagram web comic about an American Muslim woman. Sometimes she goes to her Muslim Student Association group chat to vent.

But at the end of the day, she’s just a college student. This fall, she’s entering her sophomore year as a human rights major at Southern Methodist University. “Right now, the biggest thing affecting my mental health is school,” she said, with a chuckle.

‘Hyper Aware Of All The Negative Things They Say’

The burden of navigating hate online isn’t the only modern-day challenge for young people practicing Islam. “I’ve seen and heard from so many young Muslims questioning parts of their religion that I don’t think they would have questioned before 911,” Bayan said.

Younger Muslims ages 18-29 are more at risk for accepting anti-Muslim sentiments, according to a 2019 study by the Institute for Social Policy and Understanding. “I have been told before that the hijab is something that is sexist, that it’s a symbol of men controlling me, owning me,” Bayan said. “When I’ve literally never seen it that way.”

She said those kinds of comments make young Muslims susceptible to internalizing Islamophobia. “Suddenly you’re hyper aware of all the negative things people say about us,” Bayan said. She knows it’s a quiet battle many young Muslims have to face that has led some to distance themselves from their faith. Bayan said for that reason, she’s especially thankful that she was raised in Islamic schools and by parents who grounded her in her identity as a Muslim.

“If I wasn’t … and I’m hearing like this constant stream of ‘Hijab is bad. Islam is bad. This is bad’ on social media, on the internet, on the news…how would that affect me?” she asked. Bayan said she’s heard from her parents and older Muslims about what it was like before 9/11 — when hate towards American Muslims was not as prevalent and many Americans hadn’t heard of “Islamophobia” before. “I guess it’s really only hearsay that I know about what life [was] like before 9/11,” she said. “But the Muslim community changed forever after 9/11 in America.” 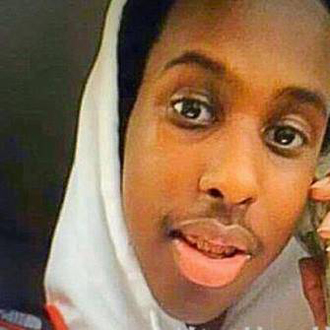 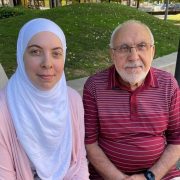 USA: A Northeast Ohio Muslim Family Grows Up In The Wake Of 9/11