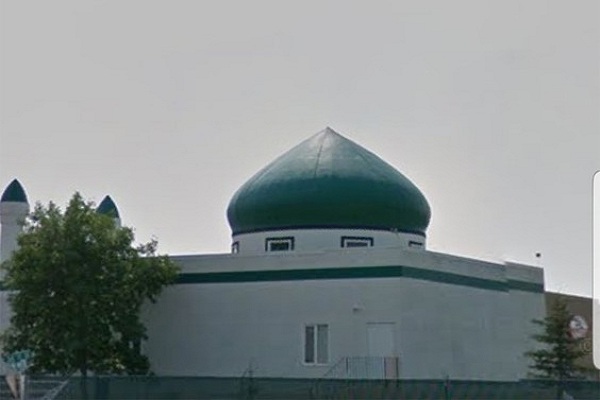 SHAFAQNA- IQNA: A brazen burglary at a Mosque in Canada’s Calgary that left a trail of damage has made worshippers nervous, said one of its leaders. Between 7:30 and 8 p.m. on Saturday, a man in an older model red and black pickup truck pulled up to the Hussaini Association of Calgary, damaged a gate and broke a lock before gaining entry to the compound’s interior, which includes a Mosque.

Once inside, he stole an LED TV, media system, a projector, portable stove, gas cylinders and other data-x-items possibly worth up to $5,000, said Riyaz Khawaja, a trustee with the association. The thief also damaged storage doors while ransacking the property in a crime now being investigated by city police, he said. Khawaja said there’s no indication the crime was hate-related, though he noted it occurred on the 20th anniversary of the 9/11 terrorist attacks in the US.

“There were no signs of that but there was damage,” he said, according to the Calgary Herald. “We really don’t know.” He said the break-in has shaken the Shia Muslim worshippers, noting that it occurred minutes before a women’s group arrived for a function. “It’s a concern for all of the community — it’s caused grief and we’re wondering what might happen next,” said Khawaja. “If that person gets in that place once, who knows?”

Regardless, he said, the crime shows extreme disrespect for a place of worship, “whether it’s a church, synagogue or Mosque.” Surveillance cameras captured high-quality images of the thief, with one image showing a man with light hair, glasses and dressed in a khaki green T-shirt and dark-colored shorts glancing at its lens in broad daylight while carrying a portable stove.

Another shows him leaving the building carrying a blue recycling bin filled with items, while photos taken by a community member depict trashed rooms in the mosque complex. A spate of attacks on Alberta Muslims in recent months led to the UCP government offering grants to Islamic groups to help beef up security at Mosques. Khawaja said his organization would be open to that program to firm up their complex’s outer perimeter. “We have already done what we can but things are getting worse with hatred (against Muslims),” he said.