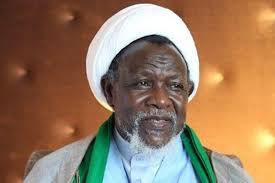 SHAFAQNA- Press TV conducts an exclusive interview with Sheikh Zakzaky, the Leader of the Islamic Movement in Nigeria, on Wednesday, September 29, at 19:00 Tehran time and 16:30 Nigerian time.

The Hausa TV network will also broadcast the same interview in Hausa language. This is Sheikh Zakzaky’s first interview since his release after five years in prison. In addition to the nine countries in West Africa, about 100 million Nigerians use Hausa language.

‘Ya Hussain’ reverberates in streets of Zambia

Nigeria: Protest to give back Sheikh Zakzaky’s passport held in Kano [photos]

Nigeria: Hundreds protest in Katsina to urge Buhari to give back Sheikh Zakzaky’s passport [photos]

Sheikh Zakzaky: Events in Yemen are hostility, enmity and war crimes against humanity