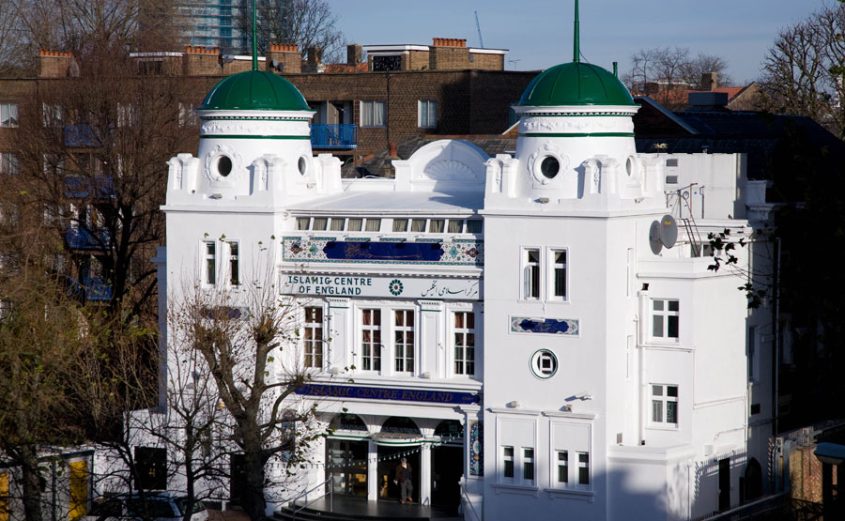 SHAFAQNA | by Chris Hewer : The Christian journal of social ethics devoted its July-September 2008 number to “Islam in Britain: challenge and opportunity”. The following article was written by Chris Hewer. It explores some of the key social values that Islam might have to contribute to the future of British society without doing the work of Muslim scholars in addressing their tradition and working out the application in detail.

The 2001 Census gave the Muslim population of Britain as approximately 1.6m people. There are reasons to think that this might have been rather a low figure and, with the passage of nearly seven years, we can reasonably estimate the current total to be in the order of 2 million. The key statistic that the last census produced was the age profile of Muslims in Britain. Whereas 31% of the total population is aged under 25 years, the corresponding figure for Muslims is 52% (Sikhs 42% and Hindus 37%). Similarly, 21% of the total population is aged over 65 years, compared to 6% of Muslims (Sikhs 9% and Hindus 11%). If 52% of the Muslim population is aged under 25, then it is obvious that over the next couple of decades, they are going to be of an age to marry and have families; similarly, if only 6% are aged over 65, then it will take the same couple of decades for a large enough cohort to become old enough to die of natural causes.

The result of both these extrapolations is that the Muslim population of Britain, together with the Sikh and Hindu populations pro rata, will significantly increase over the next couple of decades before it reaches demographic stability. We need to factor into our thinking that only a proportion of these Muslims will seek to implement Islamic teaching in their lives; others may well have only a nominal affiliation. It is important in passing to note that we are speaking of British citizens exercising their human right of having families and not immigration, asylum seekers, refugees or mass conversions, all these will play a statistically insignificant role by comparison. My sense of British and indeed European society over the first half of the current century is that we will go through major social change, in which the age profiles of many countries, coupled with changed economic circumstances, will mean that the post-war social welfare system in which most of us grew up will need to be overhauled.

We have already experienced the situation in which young people in London and the South East, at least, can no longer afford to get onto the property owning ladder. We speak as yet in hushed tones about the crisis of pension provision. We are aware that there are developing tensions of provision in health care, caring for the elderly, education and employment. The government’s own talk about community cohesion is an indicator that there are areas of potential unrest in urban areas. My contention is that the post-war social welfare systems in Europe grew out of the social values of Christianity and Judaism, combined with the social conscience growing from the European humanist and egalitarian experiences of the 19th and 20th centuries. The challenge that I want to explore is what earthly use Islam, and the other minority faiths, might be in contributing their social values to the discussion on what kind of a society we want to shape in Britain and Europe in the 21st century.

I work on the C.T.R. Hewer: The contribution of Islamic social values to the future of British society, page 2 assumption that one of the roles to be played by religious communities in a liberal democracy like Britain is to hold up a social prophetic mirror to society and ask if what we have today is really the best way for human life to be lived. Islam is quite clear that the Quran offers guidance on human living for the whole of humankind and not just for a discrete group of people who identify themselves as Muslims. Similarly, the Quran makes clear that the Prophet Muhammad is a blessing for all the worlds and not just an exemplary role model for his Muslim followers. Therefore, the guidance of the Quran and the lived example of Muhammad (PBUH) are the properties of all human beings, and not the sole preserve of the Muslims.

As Islamic social values are drawn from these two sources, then we can all rightly claim them as a contribution to the discussion about what it is to be a fully human being and to live in a human society, and expect our Muslim fellow citizens to join in that discussion from a sense of duty and shared citizenship. What follows in this paper is a description of some aspects of Islamic social ethics, which are often ideals in search of realisation in Muslim societies around the world but which I hope can contribute to the ongoing debate about the future of British society. As this article is written by a Christian student of Islam, it has been passed to several Muslim colleagues for comment and criticism in the process of writing.

Khalifa
Every human being is called to be the Regent of God (Khalifa) on earth. In this capacity we are to cherish and develop the earth so that it is brought to and maintained in its full potential. The human being is the steward of the earth and all its goods, rather than the consumer or exploiter. This gives the human being the natural responsibility for ecology and protecting the environment in which we live. Just as men and women, acting as the Khalifa, have developed the full beauty of varieties of roses, the utility of breeds of dogs or the character traits of domesticated animals, so must we also face the questions of gene technology or advances in medical procedures.

Muslim scholars are required to work on the ethics that apply in such circumstances. Discussion goes on amongst Muslims about their responsibilities in global warming or the extravagant consumption of people in developed counties. It is not just in the physical world that one must exercise the responsibility of being the khalifa but also in the social order. We are required to build a just society that reflects the divine plan for the way that we should live. The relationship between a just social order and care for the environment would be two dimensions of the same social conscience from a Muslim perspective.

There is no hierarchy or magisterium within the Islamic system. Every individual has the responsibility under God, within the bounds of their intellect and knowledge, to discern and reason out God’s guidance for the creation. This gives the basis of consultation (shura) and seeking consensus (ijma) within the Muslim concept of society. As this is a responsibility that devolves to every single individual, then we have here the root for a democratic system within Islam; not that the people are sovereign in their own right to make whatever laws a majority decides, but rather that every individual must accept the responsibility to seek and implement divine guidance in social matters. There are of course loci of authority within Islam, but individuals who hold authority and command respect do so on account of their piety and wisdom. Scholars accept the responsibility to train the next generation and eventually give their students permission to teach, and thus to be guides to humanity.

This is seen pre-eminently in the Shia system, where an Ayatollah, literally a “Sign of God”, is someone who has reached such a level of piety and wisdom that he/she can be a model for emulation by those less knowledgeable. Each human being, possessed of freewill and therefore the correlative capacity for rebellion and disobedience, must seek out and implement the divine guidance. Consequently, there is the Day of Reckoning, when God the Almighty Judge will call every human being to render an account of their stewardship. This sense of a life hereafter and judgement gives Muslims the ability to cope with inequality and injustice, which must always be resisted and opposed, but ultimately the one who suffers unjustly in this life may await their reward from God in the next. Thus one struggles always towards the perfect but has the capacity to live with imperfection for the time being.

Education
From the foregoing it must be clear that Islam has traditionally always placed a high value on education. It is the duty of every man and woman to seek knowledge wherever it may be found. As the Prophet put it, “Knowledge is the lost property of the seeker”. This applies equally to men and women; there is no room within Islam for sexual discrimination in the right and duty to seek an education. The Quran on several occasions counsels an attitude of seeking, questioning and investigation until things become clear. Muslims in the Golden Age of Islam were great scholars, inventors and practical scientists in a wide range of disciplines. The creation is a deposit of revelation in which one may read the signs of God, and thus Muslims pride themselves on being open to investigation and rational argument. To be a teacher is a highly respected profession in Muslim societies; one who is responsible for guiding the youth in their quest for knowledge.

However, knowledge must always be integrated into life. The students have the right to see the fruits of the teacher’s knowledge in the teacher’s life and behaviour. There is no room for “do as I say but not as I do” in Islam; rather “if you believed the truth of what you’re teaching, then we would see you seeking to implement it yourself”. The archetype here is the Prophet Muhammad (PBUH) himself, who lived out the message in such a way that he made the Quran manifest in his own life. The history of Islam is full of men and women committing their lives to the pursuit of knowledge, of people travelling great distances at considerable personal effort, to seek an education with a particular scholar, and of those who had made some money endowing a library, school or other centre of learning so that future generations would benefit from their good fortune. 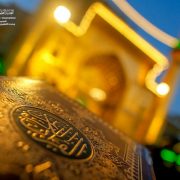 Quran as Described by the Amir of Believers, Imam Ali (a.s.)