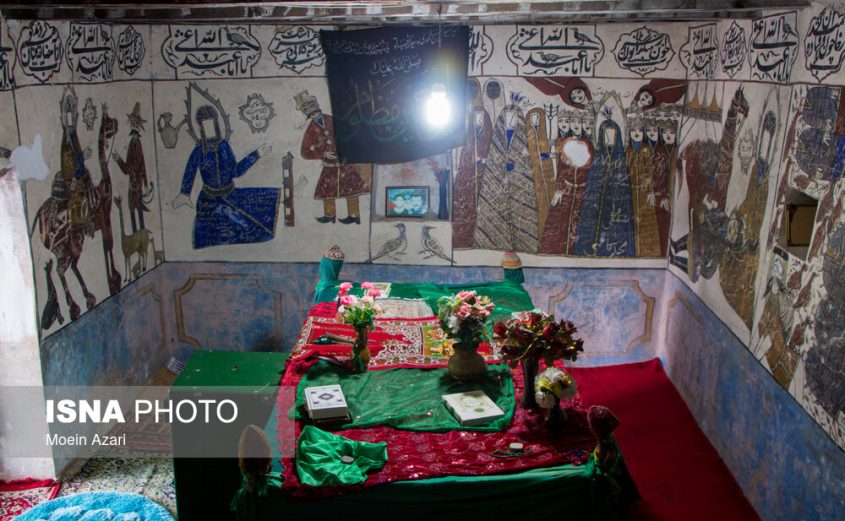 SHAFAQNA- The tomb of “Agha Seyyed Ibrahim Babajan Darreh” is considered as one of the historical and religious attractions of Amlash city, which is located in Rankuh, Babajan Darreh village in Iran.  Some scholars attribute its antiquity to the Qajar period and around 1296 AD.

One of the most important features of “Babajan Darreh Tomb”, which was registered in the list of Iran’s national monuments in November 2003, number 10606, is the murals of this historical tomb. The murals illustrate themes such as Ashura and the Ascension of the Prophet (PBUH).

But vandalism on the paintings, the removal of some pictures and the destruction of the walls on which the pictures were painted, which are considered as unauthorized excavations, and even stealing some old pillars of the shrine, in order to discover the treasure, are some of the worst damage to this monument over the years. 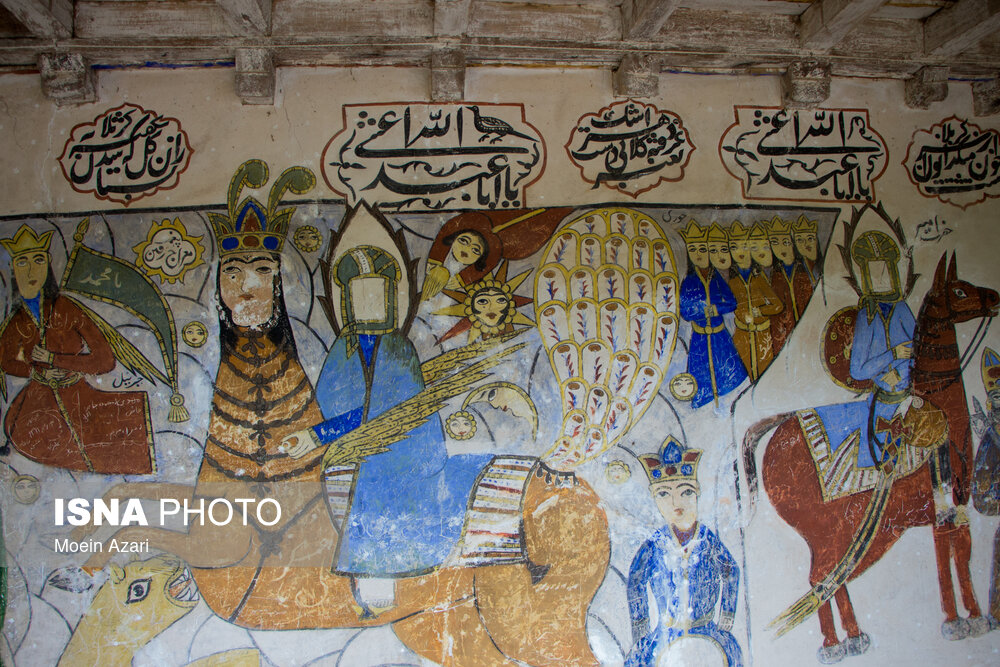 In front of the entrance door of the tomb, a black sign with this theme is installed; “Dear pilgrims, please refrain from writing a memento.” But some people do not seem to pay attention to it, this can be clearly seen from the extensive damage to the murals and the letters written on them as souvenirs. 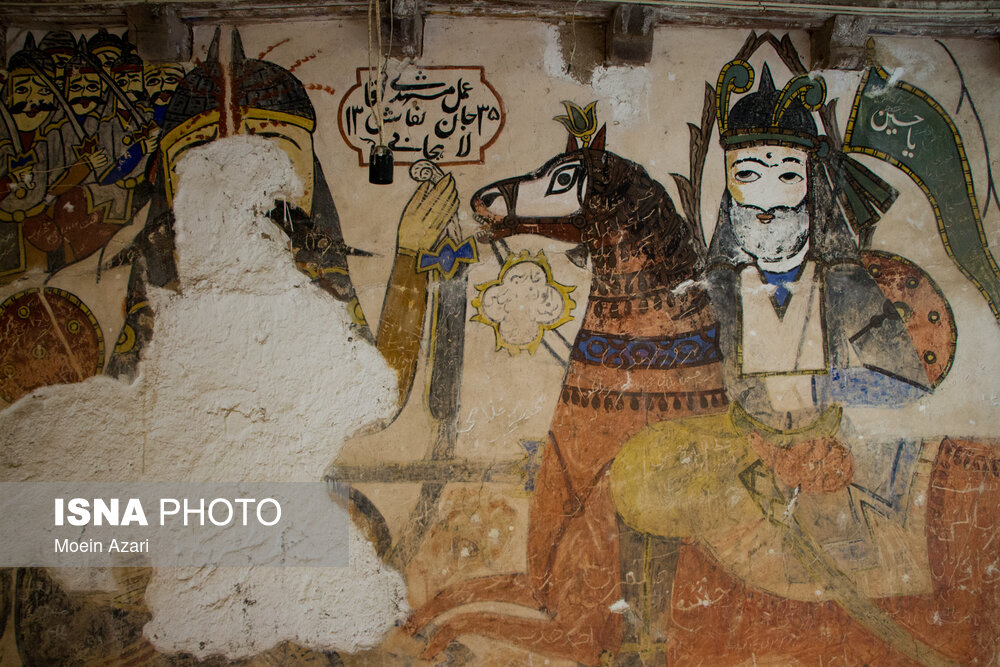 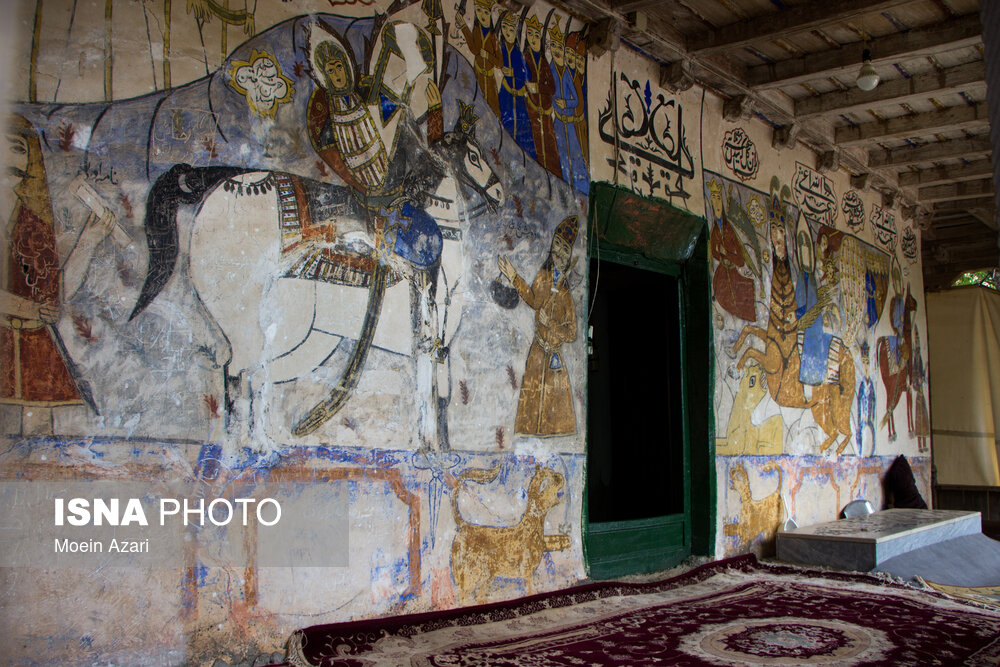 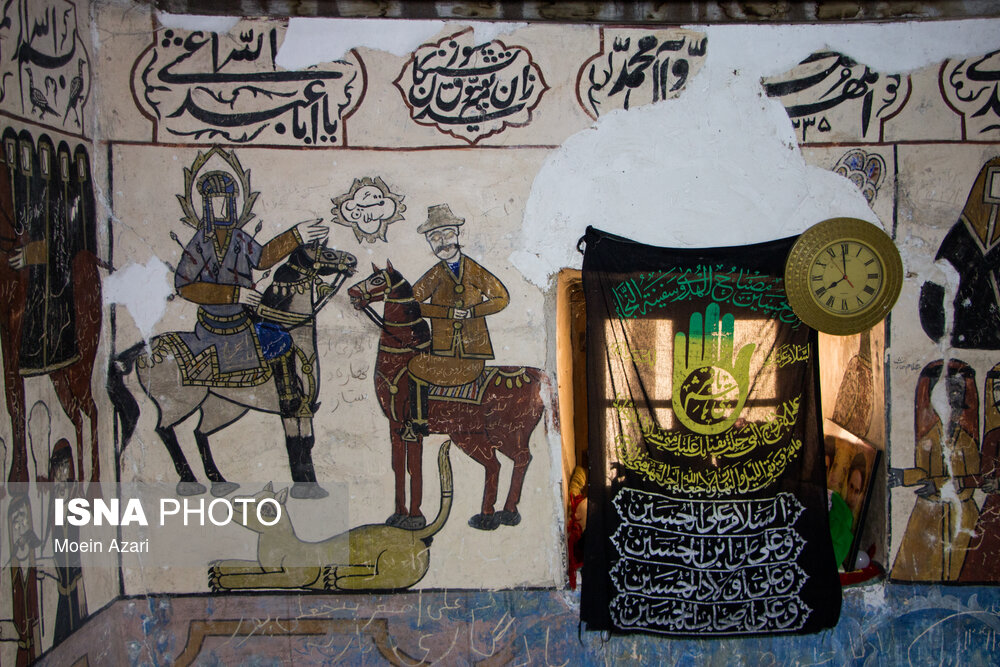 Unauthorized excavations on the plaster walls of the tomb, in order to finding treasure behind the faces of the infallible Imams that are engraved on the walls of the Imamzadeh, have forced the cultural heritage administrations to cover the holes created in the wall with white plaster. 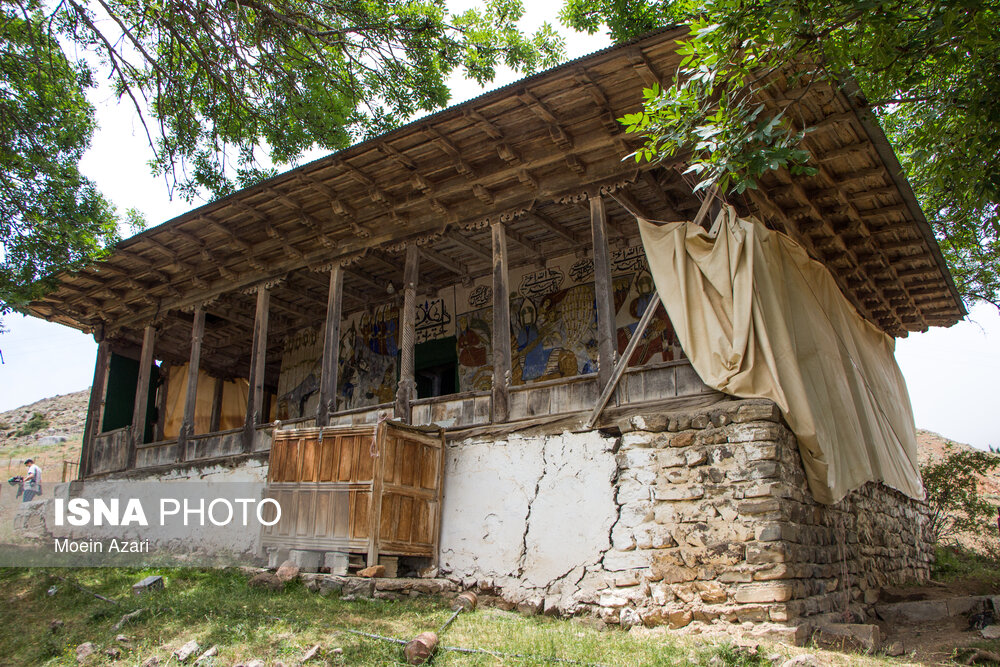 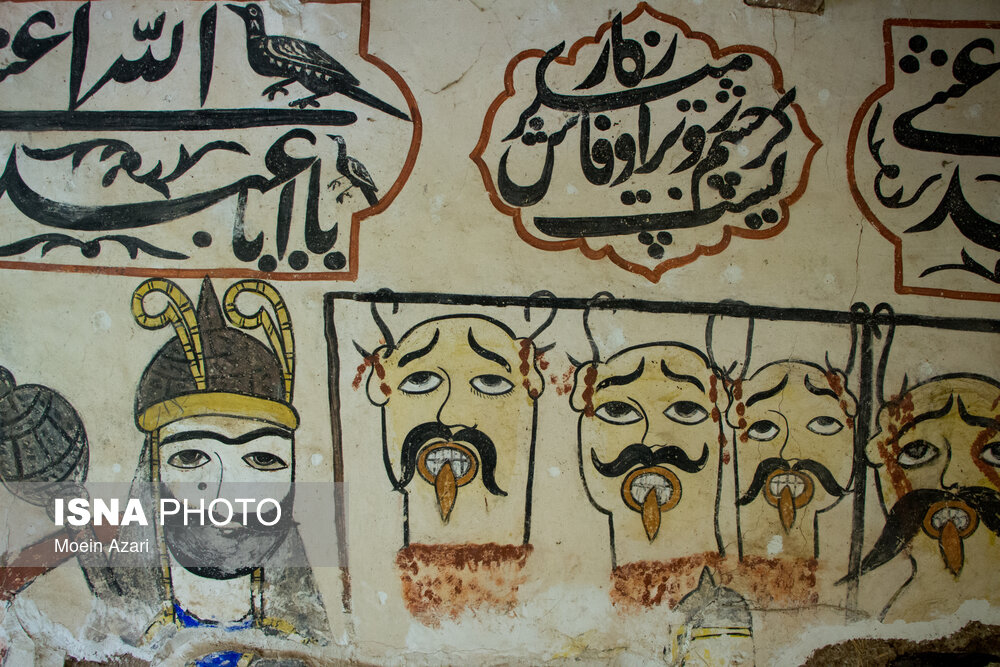 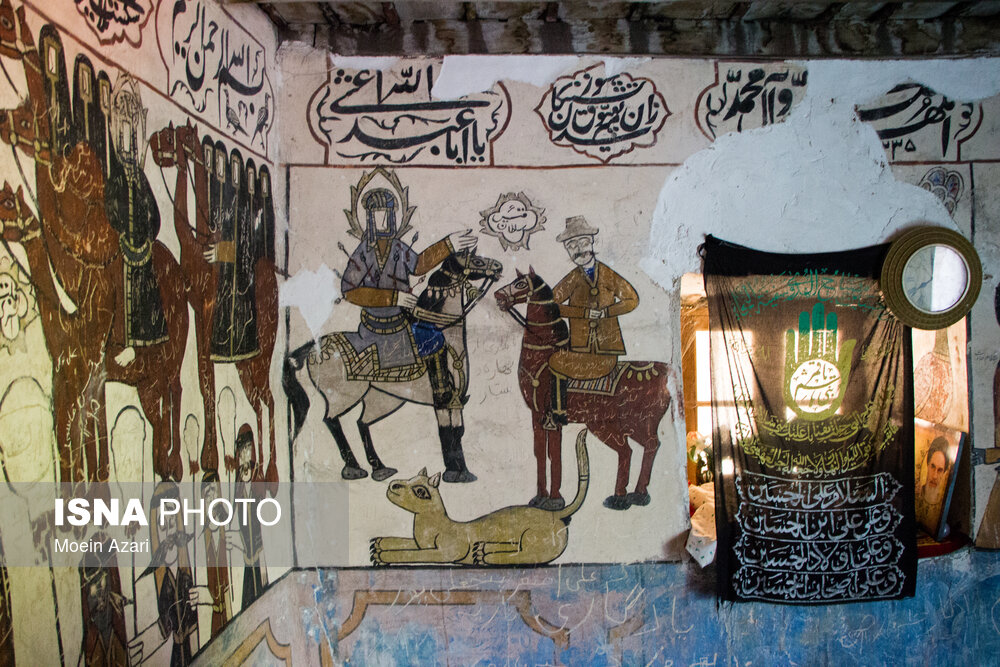 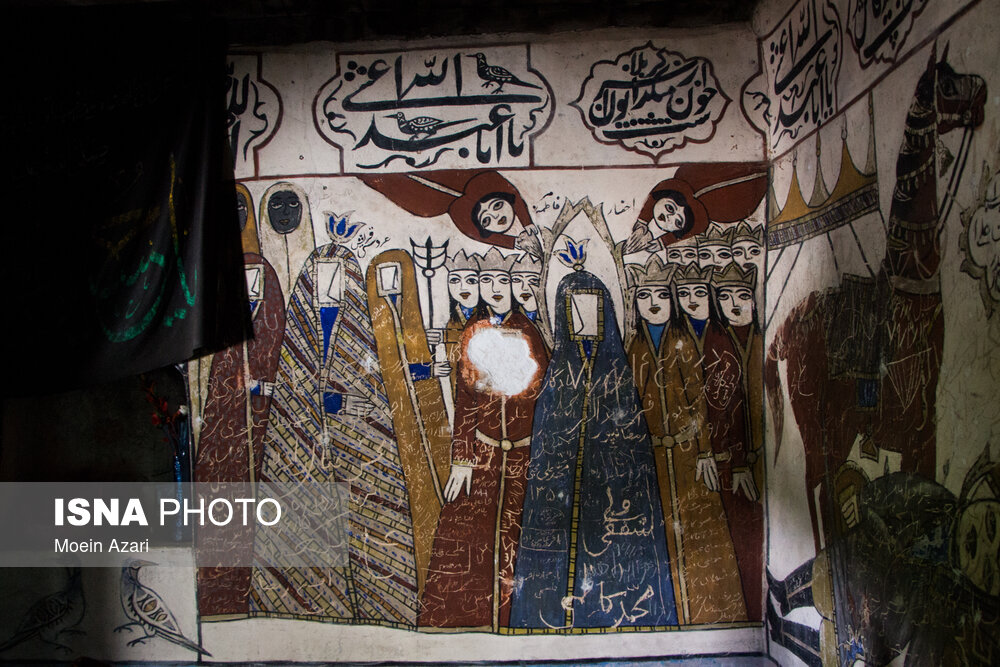 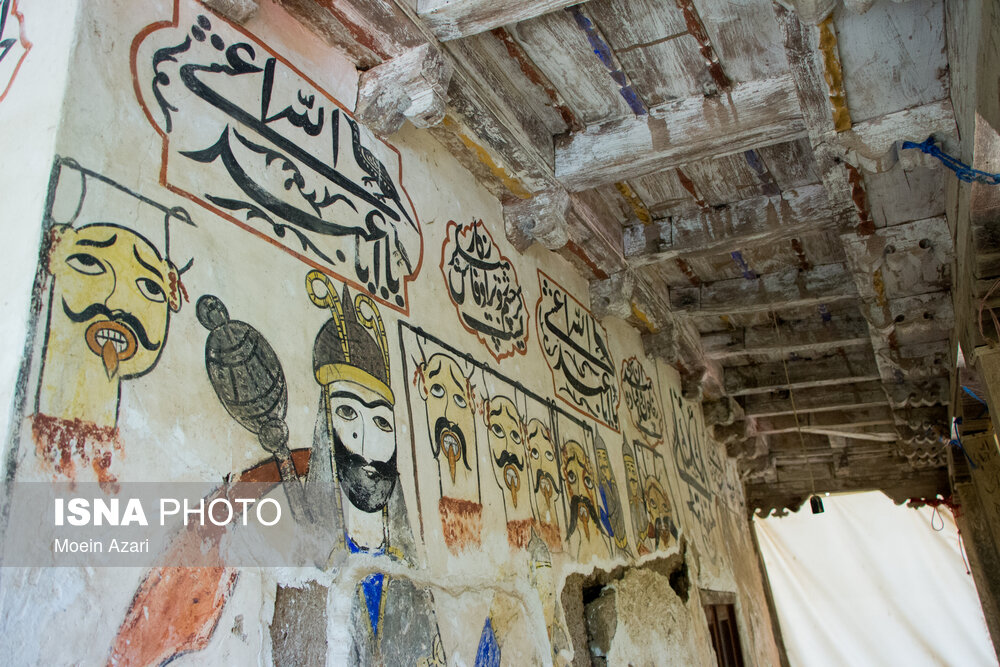 Among the pictures engraved on the walls, the name “Aghajan Naghash” can be seen, he is presumed to be the illustrator.

On the upper margin of the inner walls of the tomb, there are seven verses of a poem by  Mohtasham Kashani, in the intervals of which “Peace be upon Muhammad and his holy family” and “Aba Abdullah Al-Hussain Save us” are written. These inscriptions, based on the name he left behind, are the work of “Reza Lahijani” and have the same date. 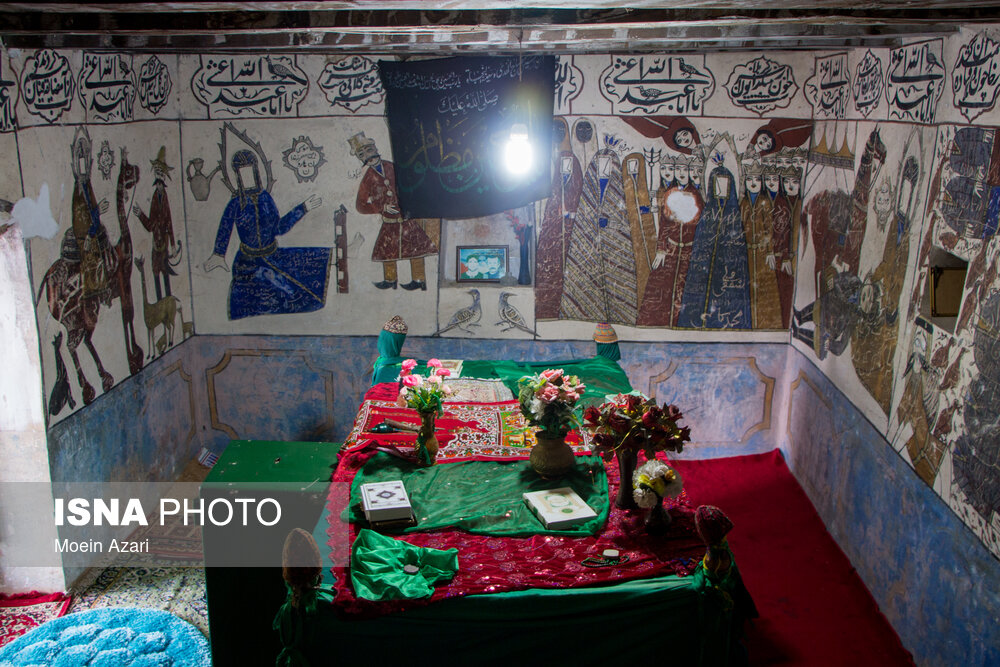 The drawings that “Aghajan Naghash” painted with plant-based colors on the plaster walls of the tomb, show the interest of the people of the region in the Ahl al-Bayt (A.S) in the Qajar period. 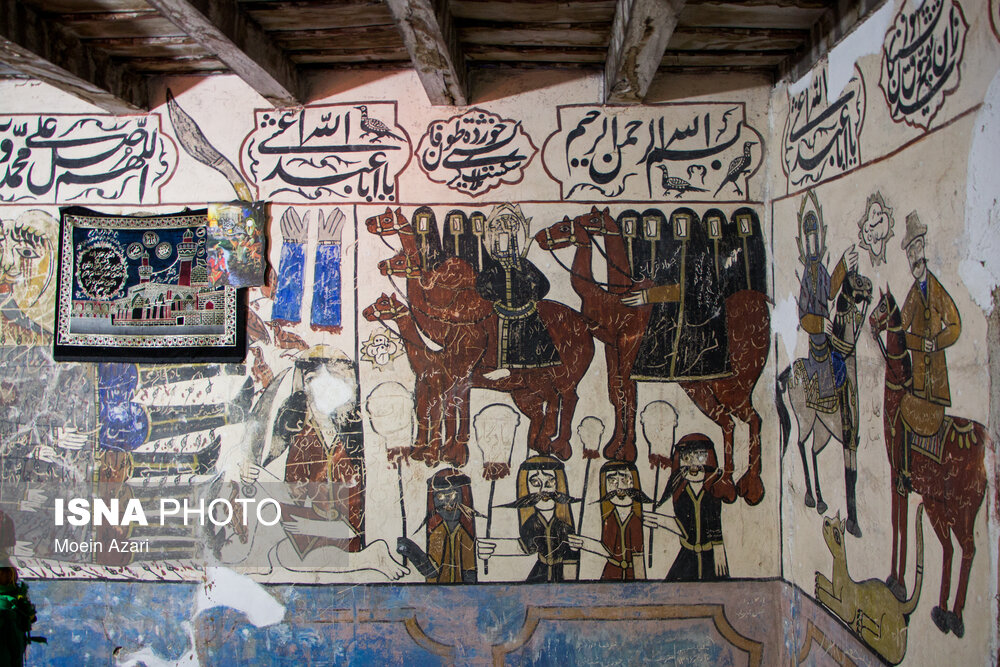 The murals engraved on the walls, which have survived despite the humidity of the area over the years, seem to have made it almost impossible to save them from the inscriptions that sometimes accompany the scratches on the wall. 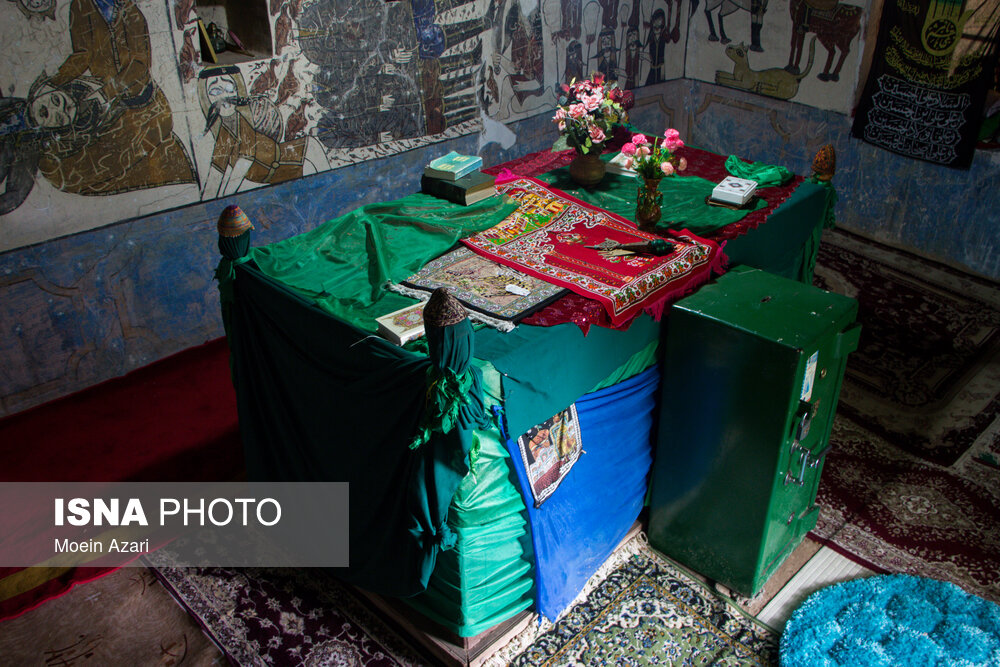 Laws attributed to the custodians of cultural heritage and the General Directorate of Endowments of Gilan Province, for the protection of historical monuments under the supervision of these two bodies are different.

This has caused each of them to have a different reference of duties set. The organization of the tomb has become conditional on the signing of a memorandum between these two authorities. 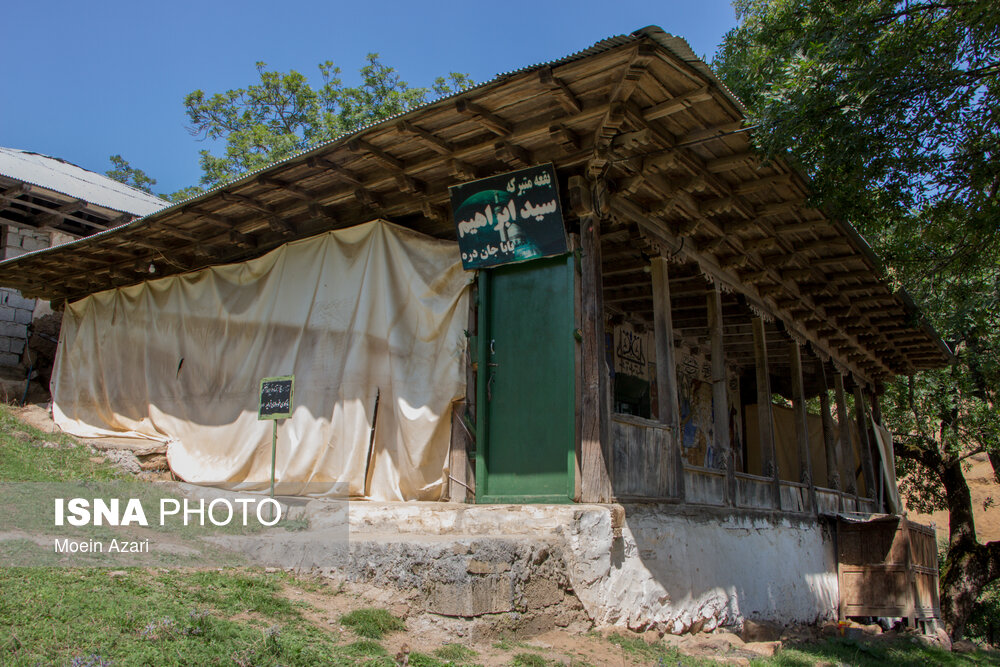 The mausoleum of Agha Seyyed Ibrahim in Gilan is not only gradually destroyed due to widespread vandalism on its walls, but also its location in the area.  The damage caused by the river crossing near this historical monument has made its structure skewed. The gradual erection of the wall of this monument has increased the chances of its destruction. 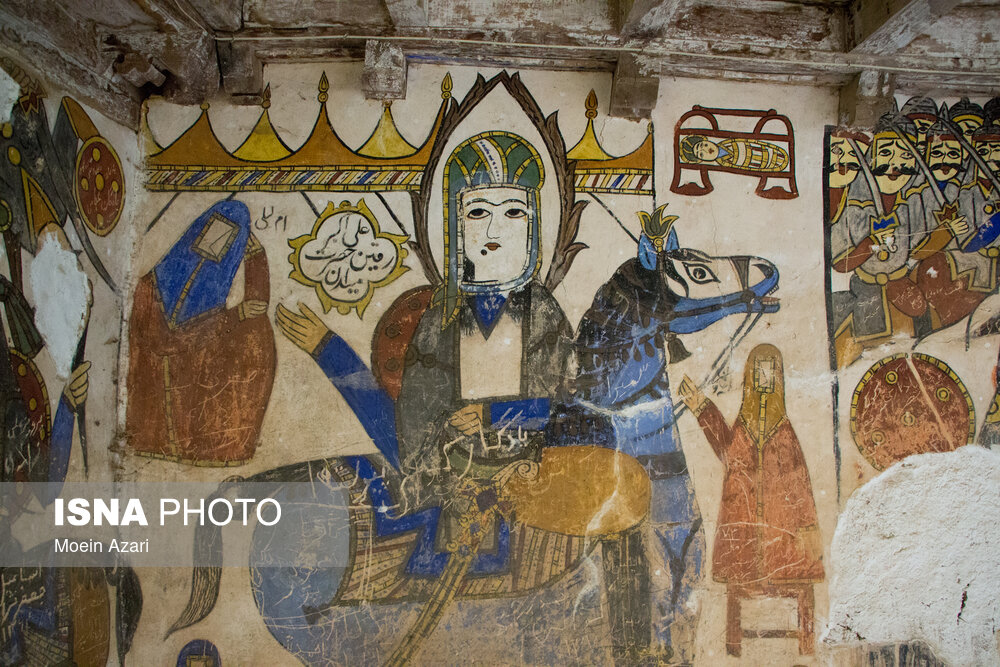 The administrators of the endowments of Gilan consider the Ravankuh part of Amlash as one of the areas where religious tourism can be flourished due to the location of several shrines in that area. This is why they emphasize that by repairing and organizing these tombs, they can be prepared to accommodate tourists and pilgrims. 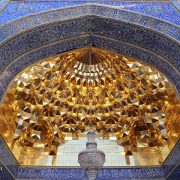 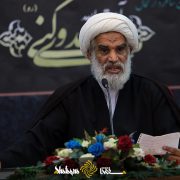 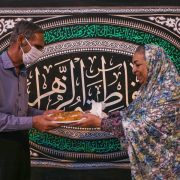 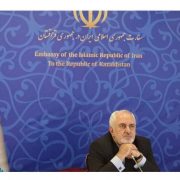 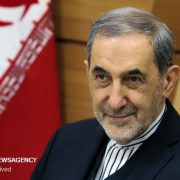