SHAFAQNA- Lady Fatimah (S.A.) was an illustration of a perfect woman, or rather, a perfect human being within the Islamic faith. It was on her chaste and immaculate lap that the two dignified and eminent Imams, i.e., Imam Hassan (A.S.), the manifestation of tolerance and grace, and Imam Hussain (A.S.), the master of the martyrs, were raised and brought up; so was also Zaynab Kubra (S.A.), a corporeal epic, an embodiment of bravery, who was matchless in eloquence and a truth-seeker who proclaimed the message of ‘Ashura to the world and removed the mask of hypocrisy, polytheism, meanness, and worldliness from the face of Yazid and members of his sect.

Nobody denies that a mother has much more participation in rearing children, especially her daughters. And it was Fatimah Al-Zahra (SA) who imparted the Islamic spirit of education to her sons and daughters in pure atmosphere of chastity and piety of family. A look at historical narrations and biographies show that Lady Fatimah (S.A.) is the representation of a perfect individual in the Islamic school of thought. An exemplar mother who with her actions and words raised the best of children acknowledged by both friends and enemies, Lady Fatimah (S.A.) was a role model for her children and all Muslim women and men during her short lifespan.

Lady Fatimah (S.A.)’s conduct was the best example for her children. She grew and developed in the house of the Prophet of Islam, the best narrator and interpreter of God’s words. The best teacher of mankind raised and familiarized her with divine education. She then became the most prominent woman of her time under the shade of this training and guidance. Lady Fatimah (S.A.), in her wisdom, considered upbringing to be constructive and liberating for people; she knew that the secret to an individual and society’s rise and decline lies in proper upbringing.

With the spiritual and practical changes in her social circle due to her father’s leadership, she knew that a society advances when it is trained properly and a group is considered corrupt when its upbringing is corrupt. Moreover, being a mother is the foundation for a child’s prosperity and misfortune, for she was the child of a woman who was the first to believe in the Holy Prophet (PBUH).

The Lady foresaw the idea that negligence in upbringing would greatly damage an individual and society, especially during early childhood where a seed, like a plant shoot, is flexible; any action, word, or movement will have an effect on it. Thus, she devoted her life to nurturing her children, and continuously accepted her father’s valuable words with all her heart: “Respect your children (value them) and train them well.” He also said, “Train your kids, for you are responsible.” Lady Fatimah (S.A.) learned from her father’s words of wisdom. Prophet Muhammad (PBUH) said:

Lady Fatimah (S.A.) nurtured and educated her children side by side with her husband, Imam Ali (AS), who was also educated by the Prophet (PBUH). Imam Ali (AS) said: “A bad child will ruin the reputation and dignity of the family and will bring disgrace and dishonor to his ancestors.” Furthermore, he said, “A bad child will contaminate those in the past and ruin those in the future.”

Lady Fatimah (S.A.) focused on developing her children’s spirit and personality. In her very short life, God blessed her with four children. Indeed, child-rearing is no easy task. It is not limited to feeding, cleaning, and doing laundry. The basis of caring for a child is the nurturing of the child, raising and training an individual highly emphasized in Islam and considers the personality of the child partly dependent upon the teachings, upbringing, and care of the parents.

Lady Fatimah (S.A.) knew that parents are responsible for delivering children who are faithful, brave, and defenders of the truth. Since she had heard the reports of the future from the Prophet (PBUH), she knew she was to raise a child like Hasan, who in a critical situation, in order to protect the interests of Islam and to prevent the destruction of the Prophet (PBUH) and Imam Ali’s (AS) efforts, would remain patient and silent to reveal Muawiyah’s plots, and to train Hussain (AS) who would defend Islam and fight against oppression and corruption, save Muslims from deviation and misguidance, and sacrifice his own life and the lives of his loved ones. She knew she was to nurture daughters like Zaynab (SA) and Umm Kulthum (SA), who with patience, steadfastness, and deliverance of speech, would expose the oppressive system and awaken the people from negligence.

Lady Fatimah (S.A.) learned from her great father who used to let Hassan (AS) and Hussain (AS)  ride on his back even during his prayer17 that you must love children. Strengthening a kind soul, that is, establishing love in a child’s heart to help him or her develop noble qualities arises from the gentle touches, kindness, true love, and respect parents give. Lady Fatimah (S.A.) not only was involved in her children’s playtime, but she was also fully engaged in her children’s education, and this included teaching them to worship One God and courageously protect the truth. She once told Hassan (AS):

“Hassan, my dear, be like your father and free the truth by removing the rope from truth’s throat and worship God who has Graced us all – who is Beneficent – and do not follow God’s vengeful enemy.” 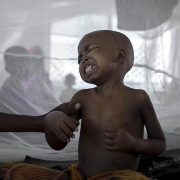 67,000 children in Sub-Saharan Africa at risk of dying from hunger 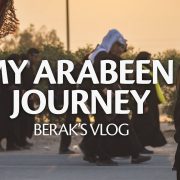 UN experts blames all sides for war crimes in Yemen 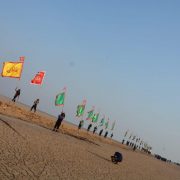 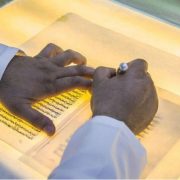 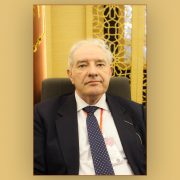