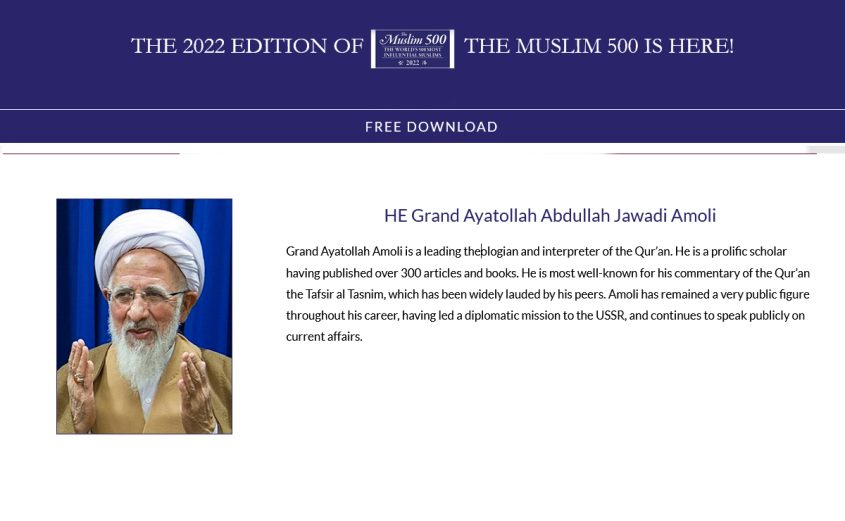 SHAFAQNA- The Royal Islamic Strategic Studies Centre has announced the list of the top 500 Muslim figures in 2022, and the name of the Grand Ayatollah Javadi Amoli is among the top figures in the list.

The Royal Islamic Strategic Studies Centre is an independent research institution affiliated with the Royal Aal Al-Bayt Institute for Islamic Thought. The center is an international, non-governmental, independent Islamic organization based in Amman, the capital of Jordan. The institute introduces the top 500 most influential figures in the Islamic world every year since 2009.

According to the statute of the institute, which is published on its official website, the purpose of publishing this list is to discover new opportunities for the elites of the Islamic world, and any Muslim figure who has a greater impact on his country, the Islamic world or the human world in any way will be included in this list of 500 people. The name of the Grand Ayatollah Javadi Amoli has also been announced as one of the top personalities by this institute this year. 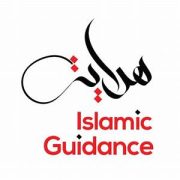 Is it fair that in Islam women must perform their religious duties sooner than men? 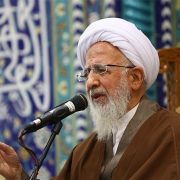 The Grand Ayatollah Javadi Amoli warns France: Do not allow any prophet or scripture to be insulted…
0 replies