In The Name of Allah (SWT), The Beneficent, The Merciful

I Take Refuge In the Lord of Mankind

In this Surah, which is the last Surah of the Holy Quran, the Prophet (PBUH), again, is personally addressed, as an example to and a leader of people, and the command is:

It is interesting that, here three attributes of the magnificent attributes of Allah (SWT); Lordship, Ownership, and Divinity, are emphasized, all of which are directly concerned with the training of Man, and his rescue from the grips of the tempters. Of course, the objective of ‘taking refuge in Allah (SWT) is not that a person says this phrase merely with his tongue, but he should accomplish it with his thoughts, Faith, and actions. He should avoid devilish routes, devilish programs, devilish minds and communications, and devilish societies and meetings; and travel the divine paths; otherwise, the person who follows those devilish ways and lets himself fall into the hands of those temptations cannot be safe by only reciting this Surah.

‘the Lord of Mankind’,

he confesses God’s Lordship and places himself under Divine Guidance.

‘the King of Mankind’,

he knows himself as God’s object, and obedient servant.

‘the God of Mankind’,

he goes on the path of worshipping God, and avoids worshipping others. Undoubtedly, the one who is actually qualified with these three attributes, and truly believes in them, will be safe from the mischief of the tempters. In fact, these three attributes are three important lessons of instruction and three means of rescue from the evil of temptations which keep Man safe.

“From the evil of the slinking whisperer,”
“Who whispers evil into the hearts of Mankind,”
“From among Jinn and Mankind.”

The term ‘Waswas’ has the infinitive meaning ‘to tempt’ and sometimes it is used, as in this verse, with the subjective meaning, ‘tempter’.

The term /Khannas/ is derived from /Khunus/ with the meaning of ‘to gather, to remain behind’, and /Khannas/, here means ‘Satan’, because he hides himself behind the name of Allah (SWT) and hiding is with the action of remaining behind, so, the word has been used in the sense of ‘to hide’.

Therefore, the meaning of the verses are: ‘Say I take refuge in Allah (SWT) from the devilish tempter who runs away and hides himself from the name of Allah (SWT).

Basically, the devilish ones act hiddenly, and sometimes they murmur temptations into our ears so that we believe that the ideas are our own thoughts. This very kind of thinking causes us to go astray.

The method of Satan is alluring and shows injustice in the form and under the guise of justice; lies inside a shell of truth; sin in the semblance of worship, and aberration in the appearance of guidance.

In short, they themselves and their affairs are hidden, and this is a warning to all the followers of the right and the path of truth; not to expect to see Satans in their real form, or observe their activities in their true, crooked shape, No it will never be so. They are ‘slinking whisperers’ and their job is to plot, lie, be mischievous, be hypocritical, commit fraud and deceit, simulating truth, and hiding the right.

If they appear on the scene in their real form, if they do not mix wrong with right, and if they speak clearly and honestly, the truth would become apparent; as Hazrat Ali (AS) said:

“The fact is, had falsehood been allowed to appear separately from truth, seekers of truth would have easily discerned it and would have kept away from falsehood…” (1)

They always take parts of truth and falsehood and mix them together to get control over people; as Amir Al-Mo’mineen Ali (AS), continuing the above sermon, said:

“…and Satan took advantage of this situation and gained complete control over the minds of its followers.” (2)

used in the verse:

“Who whispers evil into the hearts of Mankind”

are an emphasis on this idea.

All of these are on the one hand, and on the other hand the phrase:

“From Jinn and Mankind”

is not among only a group of people or a special class of Man with a particular sign, but they can be found here and there among Jinn and Man with any form and in any society. We should be careful of them and take refuge with Allah from the evil of all of them.

Explanation: Why Do We Take Refuge In Allah?

At any moment it is possible that one may go astray, and when Allah (SWT) Commands the Apostle to take refuge in the Lord from the evil of the ‘slinking whisperer’, it is an evidence that becoming involved in the trap of the tempters, who whisper evil in people’s minds, is possible. So, everyone must seek refuge in Allah (SWT), with Divine Name, ‘Rabb’ (the Lord of Man, the Cherisher and Sustainer’. By invoking this great attribute, Man can be hopeful and expect an especially particular retreat.

Everyone should seek refuge in Allah (SWT) as their King and Owner, invoking Divine Authority over the affairs of Man, i.e., God is the One Who can independently act over God’s creation to seek the protection by invoking the divinity of the Lord as the God of Mankind, for it is Divine Authority which must necessarily be obeyed, i.e., it is God’s command or Will which is always done.

Therefore, against the evil of these whisperers, there are heavenly angels, for the believing servants of Allah (SWT) and the seekers of the Truth, to come to help them; as mentioned in Surah Fussilat, No. 41, Verse 30 says:

“In the case of those who say: ‘Our Lord is Allah (SWT)’, and further, stand straight and steadfast, the angels descend on them (from time to time)…”

But, in any case, we should never be proud and feel that we are not in need of the Divine lessons, admonishments and assistance. We should always take refuge in God and be aware and prepared.

O Lord! Protect us all from the evil of every tempter and dark inspiration.

O Lord! The trap is deep, the enemy is wakeful, his plots are hidden, and rescue is impossible but with Your Grace.

“I asked Imam Baqir (AS) whether he knew about my love and sincerity for him and he replied he did. Then, I said I had a question for him to answer as my eyes were blind and I scarcely walked, so I could not always go to visit him. He wanted me to ask my question. I requested him that he informed me of the creed by which he and his household adored Allah (SWT), so that I could worship God too by it.

‘You asked a great thing, though you stated a short expression.

By Allah (SWT), I give you (your answer of) my religion and the religion of my fathers by which we worship Allah (SWT).

It is the confession of faith that there is no god but Allah (SWT), that Muhammad (PBUH) is the Messenger of Allah (SWT), with affirmation that what has come to him (the Quran) is from Allah (SWT), having affection for us and the lovers and followers of us (Ahlul-Bayt (AS)), and dislike of our enemies, surrender to our cause, awaiting our Gha’im (the twelfth Imam (AJ), for whom there is a domination that will come whenever Allah (SWT) Wills), and struggles (for establishing Divine Justice) and is pious, (he avoids unlawful things)’.” (3)

Source: An Englishtening Commentary in  to the Light of the Holy Quran, Volume 20, Chapter114 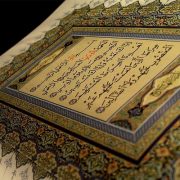 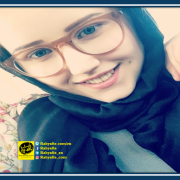 Islam Teaches Peace And Respect to Everyone And Everything Created 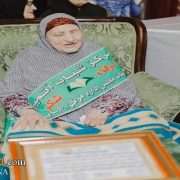 Patriza Tamborini from Italy: "Quran is so logical, I was very excited" 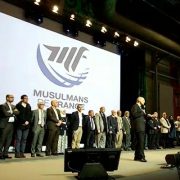