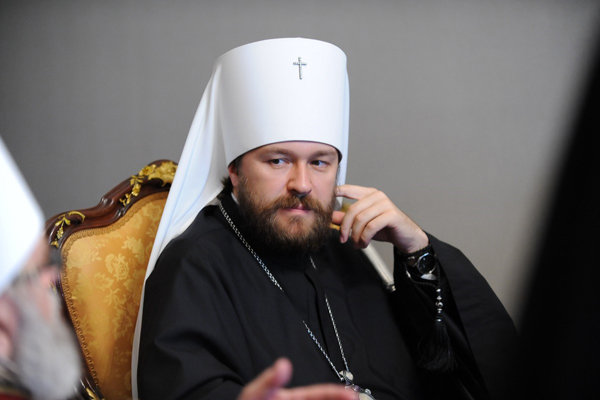 SHAFAQNA- The head of foreign relations at the Moscow Orthodox Church has called on Russian education officials to add teaching Bible to the school curriculum.

“The Bible is not even known as a literary work to many people and is not taught in schools. We read works like The Story of Igor’s Army, but we do not read the Bible. Why should we not teach the Bible as a literary work? Do not you think the Bible is a great literary work?,” said Metropolitan Hilarion of Volokolamsk, Chairman of the Moscow Patriarchate’s Department for External Church Relations.

Earlier, on the television channel Russia 24, Hilarion said that the Bible could be the best tool for teaching foreign languages ​​to believers. He also stressed that the teaching of “theology” in universities and higher education institutions is very necessary, as well as courses such as Russian history, Russian literature and other non-related courses are taught at the university so that one is aware of them, Theology should also be taught so that one is familiar with religious issues and religious questions in one’s religion.

Metropolitan Hilarion emphasized: “Our task is for everyone to understand what religion wants from us; Does religion ask us to commit terror and extremism or does it teach us peace, love and friendship?! He stated: In recent years, several new theology groups have been formed in universities that hold training courses. We have compiled textbooks for the undergraduate course. Until recently, there was no suitable textbook for teaching, and in religious universities, as well as theology departments in secular universities, nineteenth-century literature or twentieth-century textbooks were used.

“Today we have the opportunity to teach new textbooks. Work is underway in the Russian Orthodox Church under the indirect supervision of the Patriarch. We have published about 30 textbooks and the same number of books is on the agenda in the future. We are responsible for preparing all the necessary textbooks for theology,” Hilarion concluded.