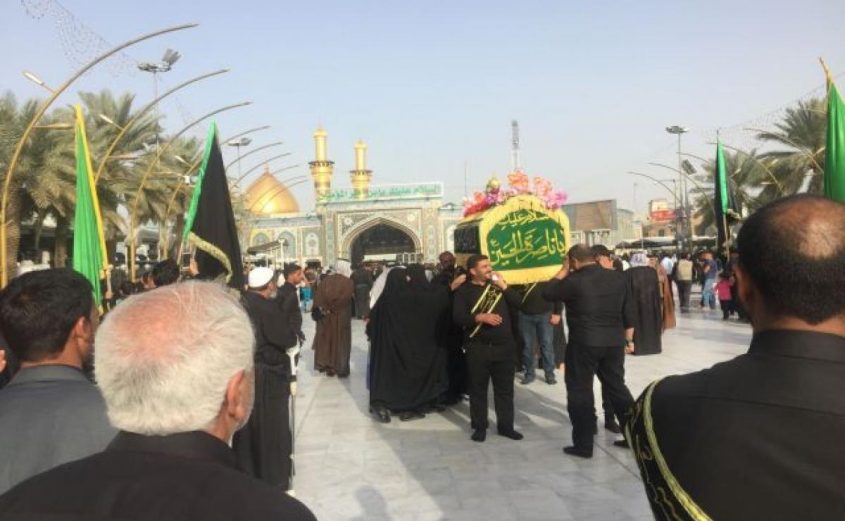 SHAFAQNA- ABNA: The Department of Hussaini Rites, Processions, and Bodies of the Imam Al-Hussain (AS) and Al-Abbas (AS) holy shrines has begun preparing to receive and organize the mourning and service processions that will commemorate the anniversary of the departure of the Lady Umm Al-Baneen (SA) which will coincide on the thirteenth of Jumadul-Thaniya.

The first of these steps was to receive requests from sponsors of the processions from inside and outside Karbala, and to enter them in a special database, then issue a permit of entry and participation visa for these mourning and service processions.

After the completion of these works, a special plan of action will be drawn up. The mourning processions will be counted and the time of their entry and exit organized, as well as determining the paths of their movement, according to s schedule so they can march without intersection between processions or with visitors.

As for the service aspect, an action plan will be drawn up to provide its services in terms of determining its locations and the spaces designated for each procession, with an emphasis on adherence to health and preventive measures.

It is noteworthy that all these works are carried out in coordination with the police command of the Karbala Governorate and the security and service departments in the Imam Al-Hussain (AS) and Al-Abbas (AS) holy shrines.