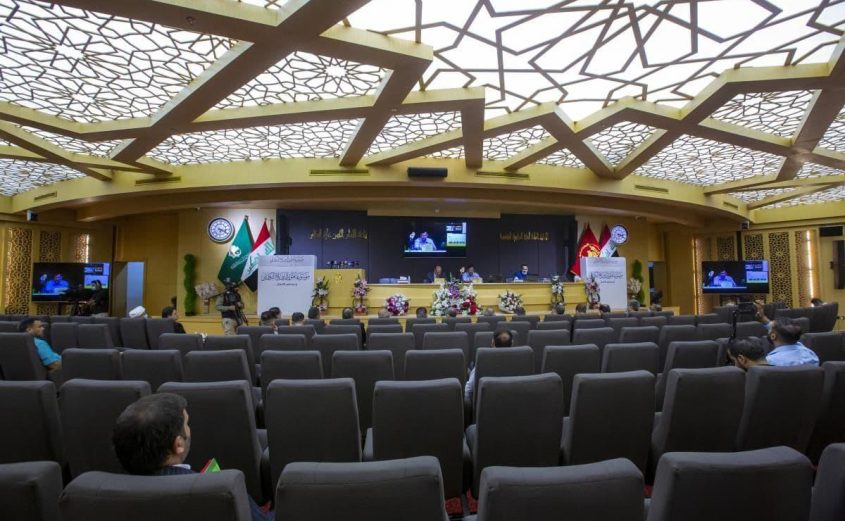 SHAFAQNA- Al-Kafeel: The supervising committee of the Defense Fatwa Conference announced the topics of its third international scientific conference, which will be held on 17 Dhul-Qi’dah 1443 AH corresponding to (June 17, 2022), under the slogan of: “The Religious Authority is the fortress of the Islamic Nation,” and under the title of: “Sacred Defense of Fatwas of the Past and the Present. The two authorities, His Eminence Al-Sistani and Sheikh Fathallah Al-Asfahani, similar goals and different methods.” The committee invited researchers to participate according to the following themes:

1- Climate of the two Fatwas: a balancing study in the political, social, psychological and other dimensions.
– This axis is concerned with providing balancing readings between the circumstances in which each of the two Fatwas were accomplished, by studying the political, social and psychological dimensions of each.
2- Legitimate bases:
– This axis studies the foundations upon which the two Fatwas are based, which are legal and epistemological foundations from which the two scholars were launched.
3- Receiving the two Fatwas:
– This axis illuminates the multiple readings of the two fatwas at the local, Arab and international levels, and the impact of these readings on showing the impact of the religious authority and its national discourse in maintaining civil and societal peace. The texts of the two Fatwas can be read as specialized readings according to the various fields of knowledge; to clarify its purposes and implications.
4- Ethical, educational and moral values ​​in the commandments of Seyyed Al-Sistani:
– This topic studies the moral and educational values ​​of Seyyed Al-Sistani’s commandments, and their impact on building an effective national personality and preserving the national fabric, based on a religious discourse with significant purposes.
5- Speicher Massacre:
– This axis aims to summon legal, social and psychological visions and readings about the Speicher massacre, which terrorism wanted to tear the national cohesion, and replace the spirit of murder and terrorism instead of the spirit of good and faithful citizenship. It is preferable for the honorable researchers to note this axis from two sides, one of them: this massacre in itself as the subject of scientific research, and the last of them: looking at this massacre as one of the important premises of the sacred defense Fatwa.

1- The research should be committed to the scientific research methodology and its internationally recognized steps, and written in one of the Arabic or English languages.
2- The paper should be submitted printed on A4 paper in one copy with a CD of 15-30 pages, in (Simplified Arabic) font size 14, and the research can be sent to the conference e-mail.
3- Submit a summary of the research in both Arabic and English, up to (500) words.
4- Please adhere to the announced conference themes.
5- The Al-Abbas’s (AS) holy shrine is responsible for accommodation, transportation and hospitality.
6- From among the participating papers, a group will be elected to be presented at the conference sessions.
7- Accepted papers are published in a special edition of the conference proceedings.
8- The last date for receiving abstracts (February 1, 2022), and the last date for receiving research (April 1, 2022).
9- The conference will be held in the holy city of Karbala / the Al-Abbas’s (AS) holy shrine / Imam Al-Hassan (AS) Hall.
10- We ask the honorable researchers to stay away from the historical narration of events, and to rely on analytical and critical studies, because they are the basis for accepting the research.
11- For inquiries, you can contact the following numbers:
Mobile: 009647602323337
Mobile: 009647602355555 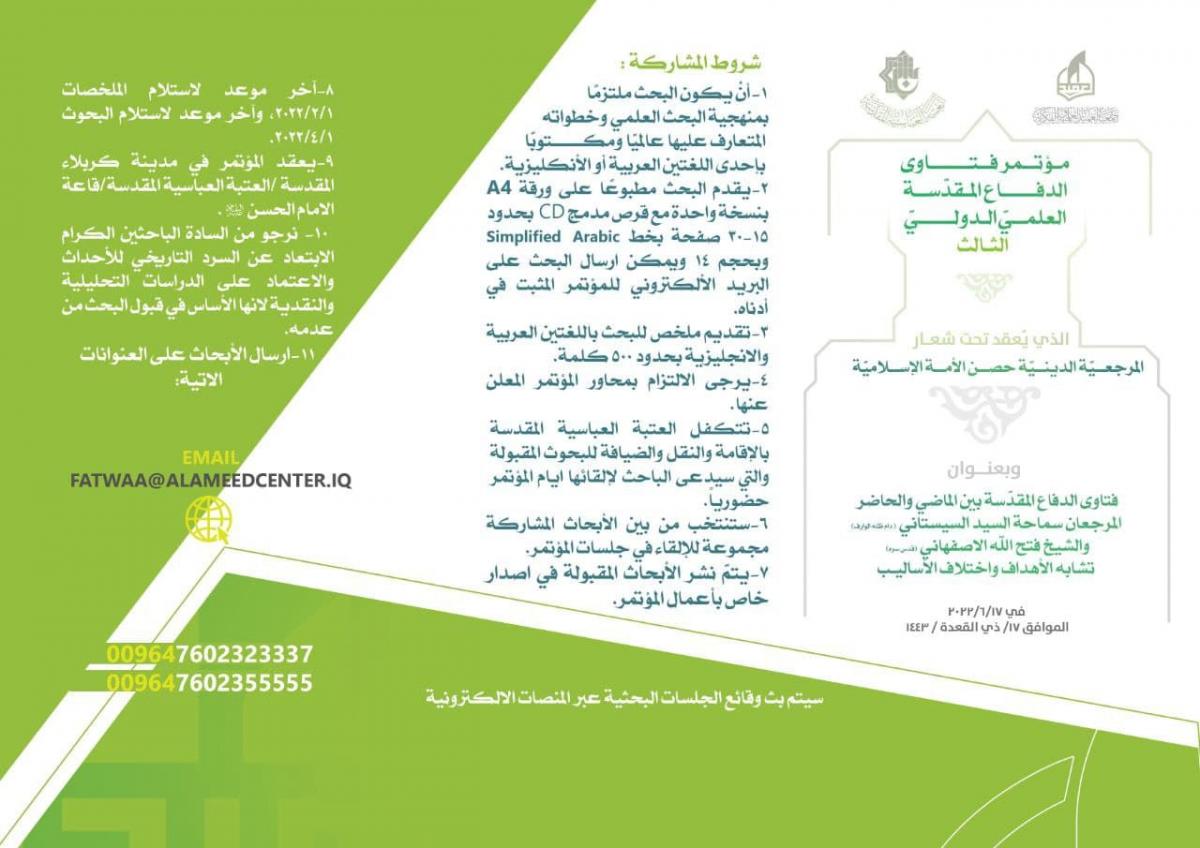 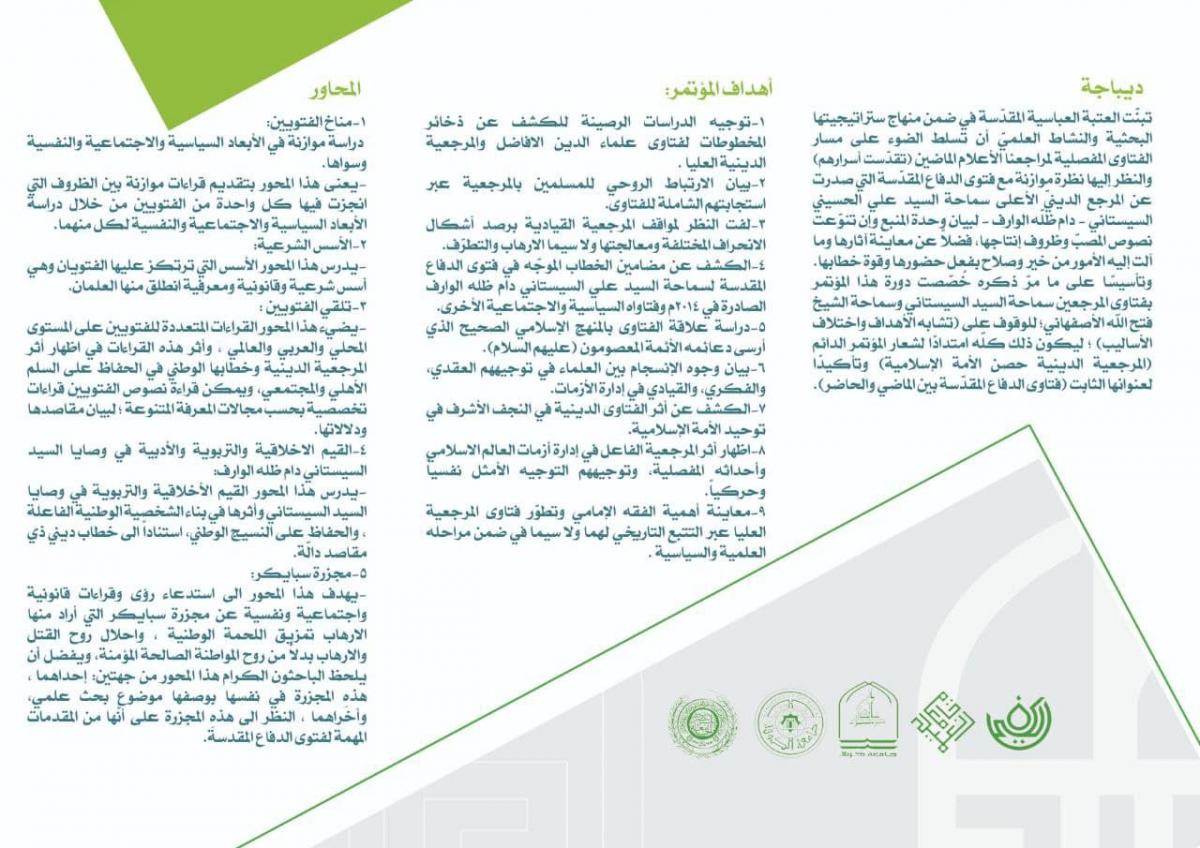 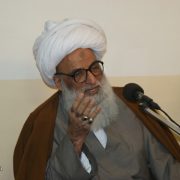