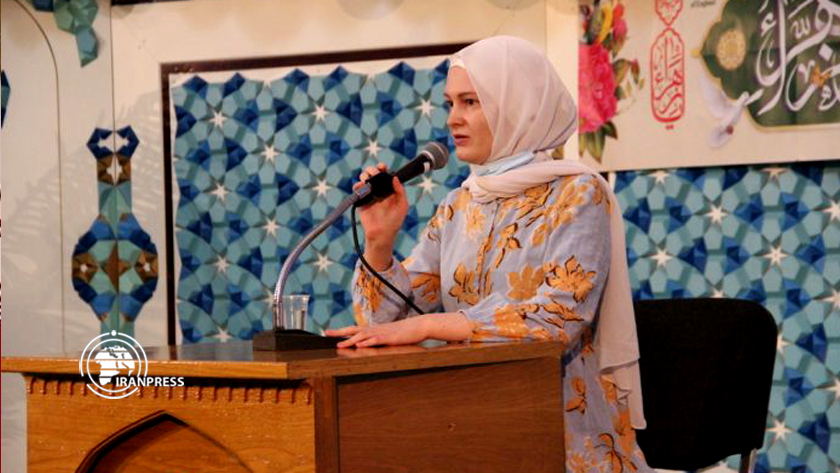 SHAFAQNA- ABNA: Gabriella a 22 year old Catholic English girl attended the celebration of the birth anniversary of Lady Fatimah (SA) in the Islamic Center of London and converted to Islam choosing the name Fatimah for herself.

In recent years many citizens of non-Islamic countries have converted to the holy religion of Islam. The young girl is proud that she has chosen Fatimah as her Muslim name. Hundreds of Shia Muslims from Lebanon, Iraq, Afghanistan, Bahrain, Syria, Saudi Arabia, and African countries took part in this year’s celebration of the birth anniversary of Lady Fatimah (SA), which was held on Sunday (23 Jan 2022) night.

HR Report: ‘Supreme Council for Women’ is the official platform for whitewashing violations against Bahraini women

Major challenges during Imam Ali’s (AS) reign: Events after the Battle of Nahrawan