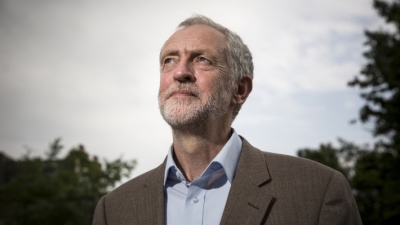 SHAFAQNA – To many he’s a blast from the past – but Corbyn’s supporters say his ideas appeal to a new generation of voters.

With Jeremy Corbyn now elected leader of the Labour party, the focus of attention will shift onto the Islington MP’s key policies and how he will present them to the British public. He will be the most left-wing leader of a major political party in the UK for more than a generation.Here are some of Corbyn’s policies on the key issues facing the country, and what his supporters and opponents have to say about them.

Jeremy Corbyn says he believes in a “radically different international policy”, based on “political and not military solutions”. He would take the UK out of Nato. He has hinted he would oppose military action in Syria but supports cutting off the flow of money and arms to Isis.

His supporters say: military action against Syria would harm innocent civilians most and worsen the refugee crisis. In contrast, his overall approach would “prioritise justice and assistance”.

His opponents say: Corbyn’s talk of “friends” in Hamas and Hezbollah, and his opposition to tough action against Isis, gives succour to terrorists. Rival Andy Burnham says it would be “highly irresponsible” to leave Nato.

His supporters say: abolishing Trident will save £100bn and make the world a safer place.

His opponents say: getting rid of Britain’s nuclear deterrent will put the country at risk – and cost 13,000 jobs.

He would end austerity, impose higher taxes on the rich, and launch a tougher crackdown on tax avoidance and tax evasion. Enhanced protection would be offered to people on welfare. He would launch People’s Quantitative Easing – for “new large scale housing, energy, transport and digital projects”.

His supporters say: “austerity is a policy choice not economic necessity” and his QE programme would create a million skilled jobs and “genuine apprenticeships”.

His opponents say: Corbyn’s policies would lead to higher inflation and interest rates. Labour’s current shadow chancellor, Chris Leslie, says Britain’s poorest households would pay the price. Some 55 academics from Britain’s universities say his fiscal policies are “likely to be highly damaging” – although other economists have spoken in support of them.

The leadership hopeful would scrap private finance initiative (PFI) schemes in the NHS. Using government money, he would simply buy them out.

His supporters say: the PFI schemes (ushered in under Tony Blair and Gordon Brown) are costing the NHS billions.

His opponents say: Corbyn has barely mentioned the NHS, beyond opposing its privatisation.

The leadership hopeful would scrap private finance initiative (PFI) schemes in the NHS. Using government money, he would simply buy them out.

His supporters say: the PFI schemes (ushered in under Tony Blair and Gordon Brown) are costing the NHS billions.

His opponents say: Corbyn has barely mentioned the NHS, beyond opposing its privatisation.

His central education policy is the creation of a National Education Service. He compares the project to an NHS-style system for education, creating a lifelong service which starts with universal childcare and ends with the introduction of a minimum wage for apprentices and more funds for mature students. He would scrap tuition fees.

His supporters say: An NES could offer stability and collective nationwide support for the public service that has the biggest effect on class mobility, poverty rates, and equality.

Corbyn wants Britain to remain in the EU, and to join forces with EU allies to create a “better Europe”. He is thought to be less enthusiastically pro-European than many of his Labour colleagues, and he has said that he would not share a platform with David Cameron during the EU referendum campaign

His supporters say: his position will benefit ordinary Europeans across the continent.

His opponents say: Corbyn’s position is unclear, as he has previously refused to rule out backing a Brexit, and has admitted he has “mixed feelings” on the issue.