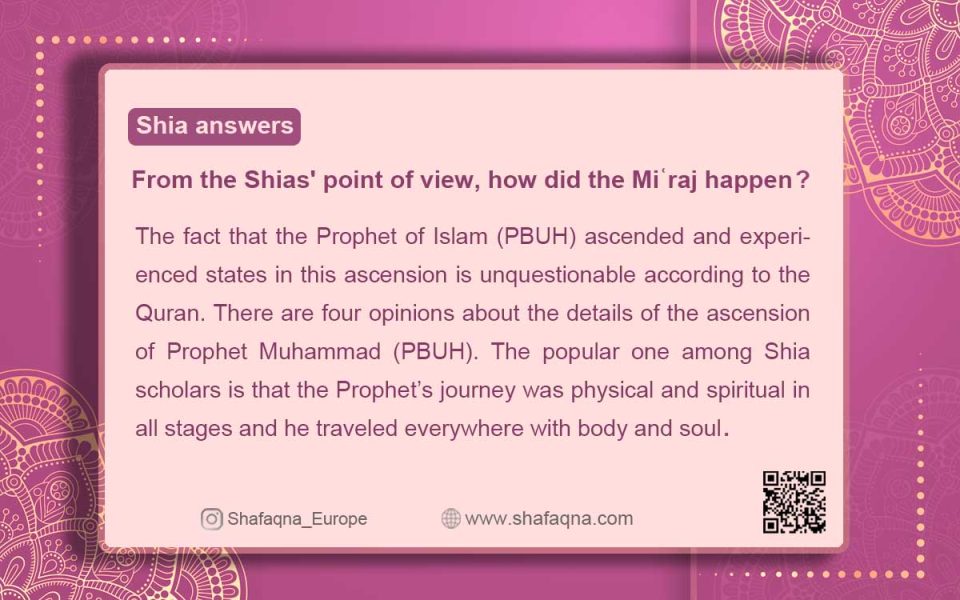 SHAFAQNA- From the Shias’ point of view, how did the Miʿraj (ascension of the Prophet Muhammad (PBUH) into heaven) happen?

Short answer: The fact that the Prophet of Islam (PBUH) ascended and experienced states in this ascension is unquestionable according to the Quran. There are four opinions about the details of the ascension of Prophet Muhammad (PBUH). The popular one among Shia scholars is that the Prophet’s (PBUH) journey was physical and spiritual in all stages and he traveled everywhere with body and soul. 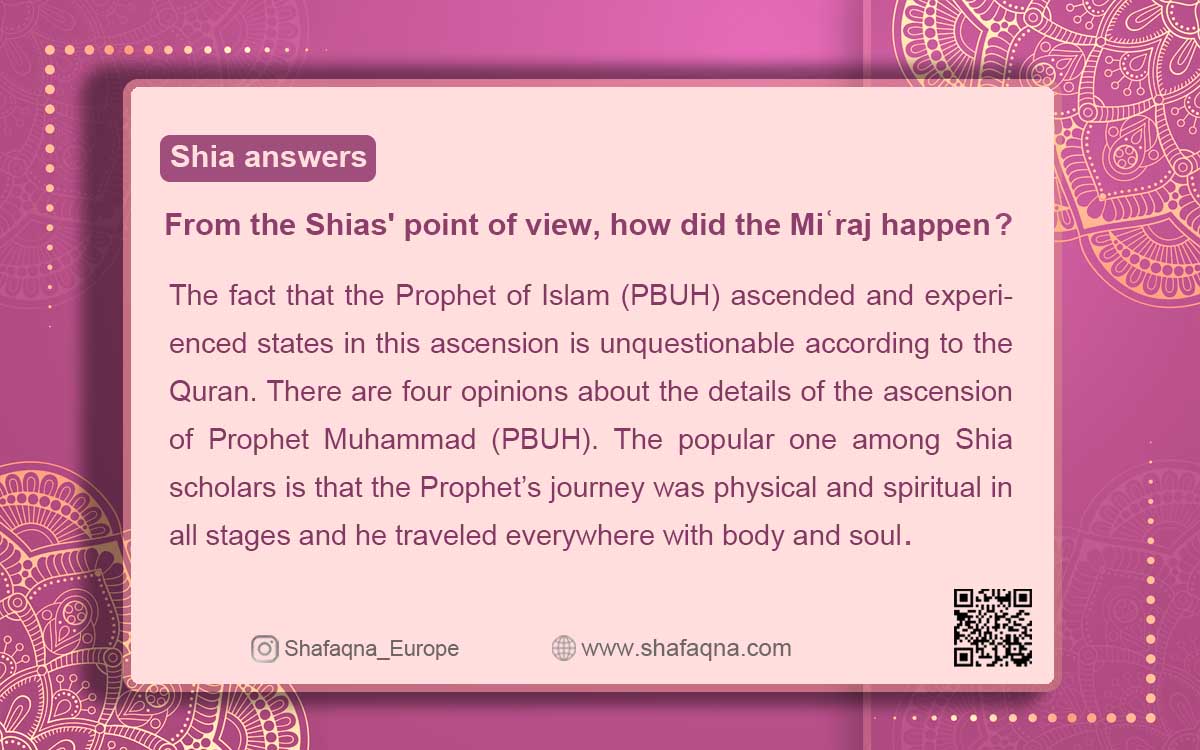 The fact that the Prophet of Islam (PBUH) ascended and experienced states in this ascension is unquestionable according to the Quran, so that if someone has accepted the validity of the Quran, he must also accept the Miʿraj (Ascension) of the Prophet (PBUH).

However, there are differences among Muslim thinkers about the details of this special journey and the description given about it in some narrations. The secret of the difference in the narrations of Miʿraj can be sought in several factors:

One is that some of these narrations are fabricated and baseless and have been imposed on the narrative texts by some weak and mendacious people, and the other is that those that are not have a problem in terms of documents, may be expressed in an allegorical and symbolic way in terms of content.

Therefore, there are four views on the details of the Miʿraj (Ascension) of the Holy Prophet of Islam (PBUH):

1) The Miʿraj (Ascension) of the Holy Prophet (PBUH) has been spiritual in all stages, that is, the soul has gone through these worlds separately from the body.

3) The journey of the Prophet (PBUH) from Masjid Al-Haram to Al-Aqsa Mosque was physical and spiritual, and from then on, it was spiritual.

4) The Miʿraj (Ascension) was physical and spiritual in all stages and he has traveled everywhere with body and soul.

Among the above, the fourth theory is the most popular among Shia scholars.

Shia answers: Will another Prophet be sent after Prophet Muhammad (PBUH)?

What is meant by inner rules in regards to reciting the Holy Quran?

Turkey: Umrah pilgrimage cruise voyages from Istanbul to Mecca set to begin in 2023

The Right of Sight: Commentary on Imam Sajjad’s (AS) Treaties of Right (Part 5)

Shia answers: What is the philosophy of absence of Imam Mahdi (AJ)?